Today, the music community is mourning the loss of reggae legend Frederick “Toots” Hibbert, lead singer of Toots and the Maytals. He was 77. 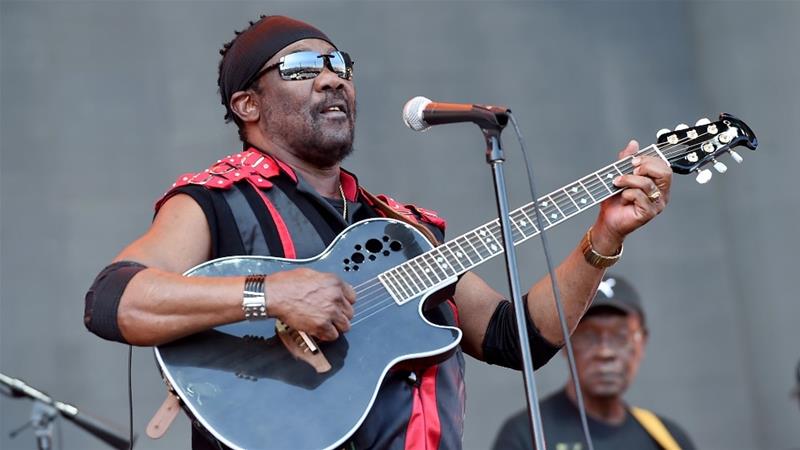 According to a statement released by his bandmates on Saturday (Sept. 12), last week, Hibbert showed symptoms of possibly having COVID-19 following an August live-stream during Jamaica’s Emancipation and Independence celebrations. To get tested, he went to the University Hospital of the West Indies in Kingston, Jamaica.

According to his publicist, he was admitted to intensive care after complaints of having breathing difficulties and was then placed under a medically-induced coma. He passed away on Friday (Sept. 11).

“It is with the heaviest of hearts to announce that Frederick Nathaniel ‘Toots’ Hibbert passed away peacefully tonight, surrounded by his family at the University Hospital of the West Indies in Kingston, Jamaica,” the band confirmed on Instagram. “The family and his management team would like to thank the medical teams and professionals for their care and diligence, and ask that you respect their privacy during their time of grief.”

Toots was born in May Pen, Parish of Clarendon, Jamaica and was raised on gospel music. He found the Maytals with Ralphus “Raleigh” Gordon and Nathaniel “Jerry” Matthias to create a band and later incidentally named the genre reggae, which is what we call it today. Their 1968 song “Do the Reggay” was the first song to be recorded with the word “reggae.”

Though the band eventually broke up, Toots continued creating music with new members. In 2005, the band won a Grammy for Best Reggae Album in 2005 and their latest release, Got to Be Tough, dropped last month.

Ziggy Marley, son to fellow reggae icon Bob Marley, revealed that he recently spoke with Hibbert a few weeks ago, in a touching tribute on Twitter.

“He was a father figure to me his spirit is w/us his music fills us w/his energy i will never forget him RIP MIGHTY & POWERFUL NYAH FYAH BAL,” he wrote.

Toots is survived by his wife of 39 years, “Miss D,” and seven of his eight children.

LiveXtra would like to send our condolences Toots’ family, friends and colleagues at this time.

‘Candyman’ delayed until 2021 so audiences can see it in theaters