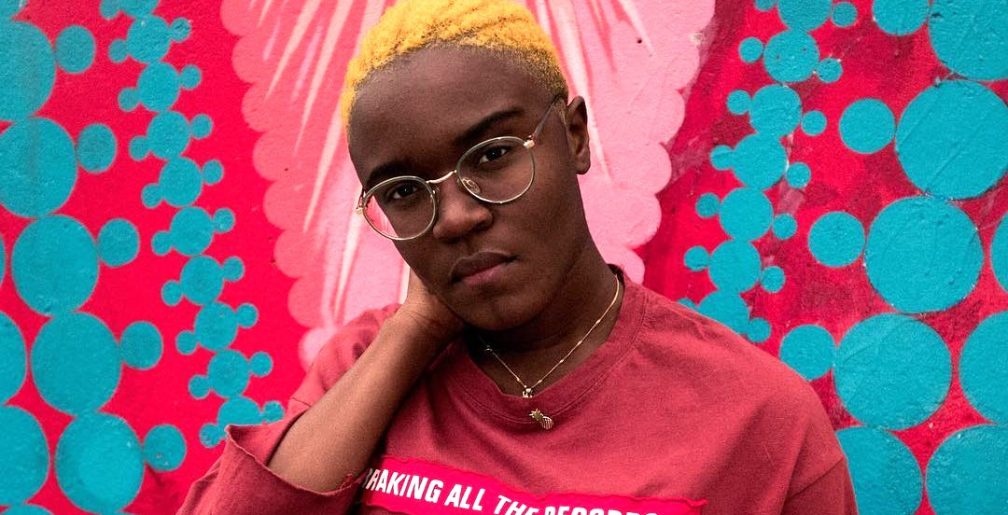 The sensational Ghanaian-American artist Amaarae returns with the incredible ‘FANCY’ and announces the forthcoming release of her highly anticipated debut full-length project, The Angel You Don’t Know out this Autumn via Platoon.

Anthemic, sexy, and oozing with female empowerment, self-confidence, and self-expression through fashion, according to Amaarae this track is “all about being a bad bitch” and is “that joint that you put on when you’re getting ready to go out when you’re getting ready to ace that exam, to ask for that promotion, do that job interview, go on that date that you know you are about to dress to kill for!”.

Dropping alongside the audio today is the accompanying video – the perfect visual texture, aesthetically blending cyber nostalgia, punk, rave, and more with a fierce all-female cast – directed by David Nicol-Sey.

An instantly recognizable, mellifluous, and sultry voice, earlier this summer Amaarae returned to share a gorgeous dancehall-inflected riddim ‘Leave Me Alone’ which will also feature on the upcoming project alongside ‘FANCY’. As visually experimental as she is sonically, this track also dropped alongside an incredible illustrated adventure drawn and designed by the NY based director, editor, and 2D compositor Gianluigi Carella that took reference from Lewis Carroll’s Alice’s Adventures in Wonderland with a more sinister and sci-fi driven turn of events.

Bronx-born and raised between Accra in Ghana, Atlanta, Georgia, and New Jersey, Amaarae’s cross-cultural experience is the driving force behind her deeply experimental ethos. Her effortless blend of African drums, Hip Hop, Neo-Soul, and Alté has catapulted her into the limelight gaining her fans in the likes of Pitchfork, The Fader, i-D, Hunger, Dazed, Burberry, Marni, Billboard, Gal-dem, Hypebeast, NPR, Bella Hadid and more.

Embraced and endorsed by the exciting melting pot of exuberant creativity that is Nigeria’s Alté scene, Amaarae is all about female empowerment and puts her Ghanaian heritage and influences at the core of everything she does. A songwriter, singer, producer, and engineer, Amaarae is DIY to the core. From selling mixtapes to her high school classmates to throwing herself into learning the ins and outs of the production and engineering process and founding her own independent record label – the Ghana-based Golden Child Entertainment Ltd – Amaarae is a rare, authentic, and inspiring talent.

Since the release of her debut EP Passionfruit Summers in 2017 and recent releases including the sexy alternative R&B jam ‘Like It’, the groovy Afro-disco inspired ‘Spend Some Time ft Wande Coal’ and a powerful feature on Odunsi’s album cut ‘body count’, she has fast become one of the world’s exciting artists garnering a cult following on the African continent and throughout the diaspora playing shows in Lagos, London, Los Angeles and New York; and collaborating with the likes of Santi on ‘Rapid Fire’, Stonebwoy on ‘Pepper Dem’ and Kojey Radical on his 2019 EP Cashmere Tears via the single ‘Sugar’.

Stay tuned for more music and news on The Angel You Don’t Know soon.