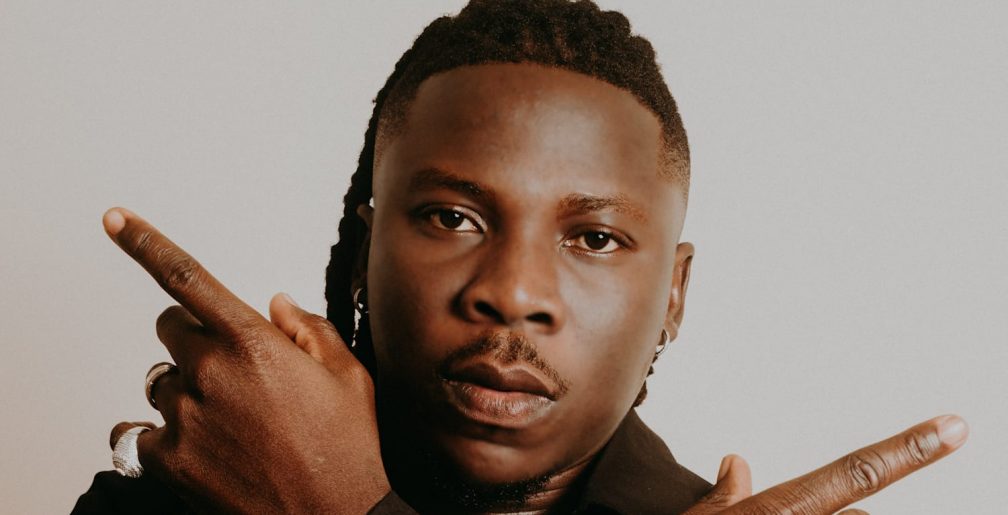 2017 Grammy-nominated Ghanaian born Reggae/Ragga & Dance-hall performing and recording artiste, Livingstone Etse Satekla, has, on Thursday, September 10, 2020, at the Transsion Holdings HQ in Accra, been announced as the official brand ambassador for the Camon-16 series – a smartphone model manufactured by a Chinese mobile phone company based in Shenzhen, TECNO Mobile

The smartphone manufacturing company hosted a signing ceremony and made a formal public statement about the fact that it is employing the Nickelodeon & BET Winner| 3-Time Best Reggae/Dancehall Act in Africa who has excellent communication, networking skills, and a strong presence on social media to be the face of the fast-selling mobile phone brand after the latter agreed to sign a healthy deal the firm.

Popular known as Stonebwoy, the musician will be involved in increasing brand awareness and sales by promoting the products through various media channels. He will embody the corporate identity in appearance, demeanor, values, and ethics.

The Africa Dancehall King will also educate customers, retailers, and distributors about smartphones. Creating a website and or social media content in order to drive brand awareness and attract new customers. This will be a landmark deal for Stonebwoy; who is set to initiate the second phase of promoting his globally acclaimed album – Anloga Junction.

The Camon-line of smartphones has always been known for stellar camera performance and the new Camon 16 series didn’t disappoint, as they come with more upgrades to the camera department; they all have quad-cameras on the back and dual punch-hole cameras upfront. These latest Camon smartphones come in as successors to the Camon 15 TECNO launched a couple of months back.

This smartphone has a massive 6.9-inch Full HD display and it comes with a 90Hz refresh rate — the first of its kind on any TECNO smartphone. It also has the punch-hole dual selfie cameras (48 MP main + 8 MP ultrawide) seated in the display. The fingerprint scanner has also been placed on the right side of the device, this time.

On the rear of the device, you have a square camera array, similar to that of the Infinix Zero 8, that houses a quad-camera setup of a 64 MP Sony IMX686 sensor main camera, an 8 MP ultrawide-angle shooter, and two 2MP units for night shots.

The jaw-dropping feature of the Camon 16 Premier has to be the powerful Mediatek Helio G90T chipset, the same chipset that powers the Infinix Zero 8. And yes, this device comes with a 33W fast charger to power the 4,500 mAh battery.