Keeping Up With the Kardashians’ Ending After 20 Seasons on E!

After 20 seasons, “Keeping Up With the Kardashians” will be coming to an end with the final season airing in early 2021. 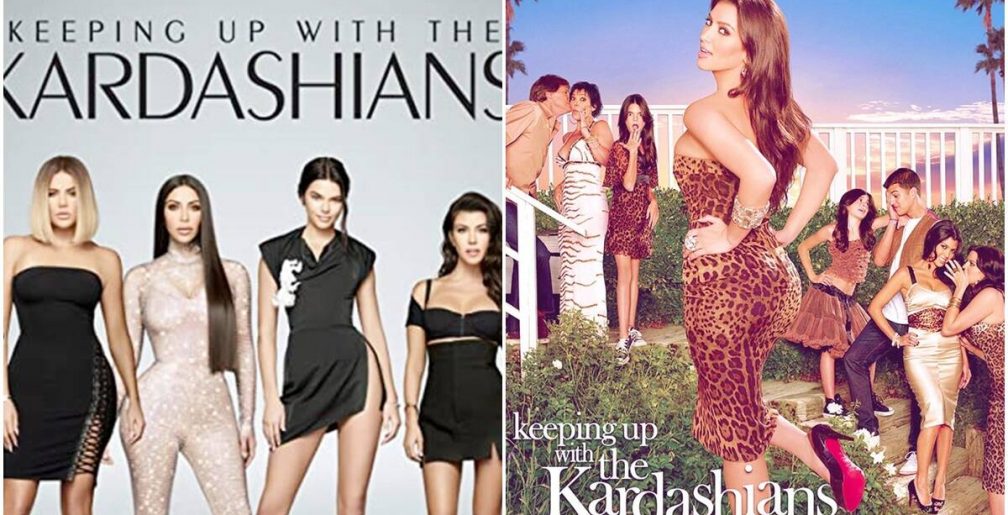 After 20 seasons, “Keeping Up With the Kardashians” will be coming to an end with the final season airing in early 2021.

The decision to end the show was made by the Kardashian-Jenner family and announced on Tuesday.

“It is with heavy hearts that we say goodbye to ‘Keeping Up with the Kardashians,’” the famous family said in a joint statement, signed by Kris Jenner, Kourtney Kardashian, Kim Kardashian West, Khloé Kardashian, Rob Kardashian, Kendall Jenner, Kylie Jenner, and Scott Disick.

“After what will be 14 years, 20 seasons, hundreds of episodes and several spin-off shows, we’ve decided as a family to end this very special journey. We are beyond grateful to all of you who’ve watched us for all of these years — through the good times, the bad times, the happiness, the tears, and the many relationships and children. We’ll forever cherish the wonderful memories and countless people we’ve met along the way.”

The family thanked E!, the production team at Bunim/Murray, and Ryan Seacrest, who has been an executive producer on the show since the beginning.

E! released an official statement to Variety, regarding the ending of the monumental show that helped define the network as a destination beyond entertainment news. Over the years, with “KUWTK” as their flagship unscripted series, E! transformed into a cabler for hit reality programming, and in more recent years, delved into scripted content, as well.

“E! has been the home and extended family to the Kardashian-Jenners for what will be 14 years, featuring the lives of this empowering family,” the network’s statement reads. “Along with all of you, we have enjoyed following the intimate moments the family so bravely shared by letting us into their daily lives. While it has been an absolute privilege and we will miss them wholeheartedly, we respect the family’s decision to live their lives without our cameras.”

“KUWTK” has been a massive hit globally for the network, which airs repeats of the franchise constantly — and pays a pretty penny for those rights. In 2017, E! inked a mega-deal with the family for a three-year extension, taking the show through 2020, valued at nine figures. At the time, insiders told Variety that the renewal deal was worth “below $100 million,” though other reports stated the deal was worth up to $150 million.

The show premiered in 2007 and turned the Kardashian-Jenner family into international superstars with a multimedia empire complete with clothing lines, cosmetics companies, apps and never-ending tabloid interest in their every move. When the show debuted, Kris Jenner, now known as one of the savviest businesswomen in the industry, was known to the public as the ex-wife of O.J. Simpson attorney Robert Kardashian. Her former spouse Caitlyn Jenner also ended up starring in her own E! spinoff, “I Am Cait,” which documented her transition into a transgender woman.

When the show hit the air, the family was best known for Kardashian-West’s sex tape, which brought worldwide attention to the socialite who was previously Paris Hilton’s sidekick. Today, Kardashian-West is one of the most recognizable faces on the planet and has taken her power to the White House with her passion for criminal justice reform. Meanwhile, Kendall and Kylie Jenner were just kids when the show first started airing, and now are two of the most powerful — and lucrative — influencers in the world.

At the time of the series’ 10-year anniversary in 2017, Kris Jenner spoke to Variety about the show’s milestones and futures. In that interview, she spoke about when the time may come to end the show, saying, “I used to just joke and say it’ll be when Kylie gets married in 20 years, and here we are 10 years later. Who thought a decade later we would still be going as strong as we are.”

The famous family members posted about the show ending on their social media accounts, which reach hundreds of millions of fans.

Kardashian-West posted to her 188 million followers: “Without ‘Keeping Up with The Kardashians,’ I wouldn’t be where I am today. I am so incredibly grateful to everyone who has watched and supported me and my family these past 14 incredible years,” she wrote. “This show made us who we are and I will be forever in debt to everyone who played a role in shaping our careers and changing our lives forever.

To our amazing fans – It is with heavy hearts that we’ve made the difficult decision as a family to say goodbye to Keeping Up with the Kardashians. After what will be 14 years, 20 seasons, hundreds of episodes and numerous spin-off shows, we are beyond grateful to all of you who’ve watched us for all of these years – through the good times, the bad times, the happiness, the tears, and the many relationships and children. We’ll forever cherish the wonderful memories and countless people we’ve met along the way. Thank you to the thousands of individuals and businesses that have been a part of this experience and, most importantly, a very special thank you to Ryan Seacrest for believing in us, E! for being our partner, and our production team at Bunim/Murray, who’ve spent countless hours documenting our lives. Our last season will air early next year in 2021. We are so beyond grateful to everyone who has watched and supported our family these past 14 incredible years. We will be forever in debt to everyone who played a role in shaping our careers and changing our lives forever. Thank you for joining us on this crazy ride!! We love you all. Kris x

Boijake up next for ‘Live & Unplugged’

Wande Coal is Giving Us a New EP “Realms” this Friday