2020 is officially the year of Doja Cat. The performer, who also made her VMAs debut tonight with a performance of TikTok’s favorite singles, was crowned the PUSH Best New Artist winner. 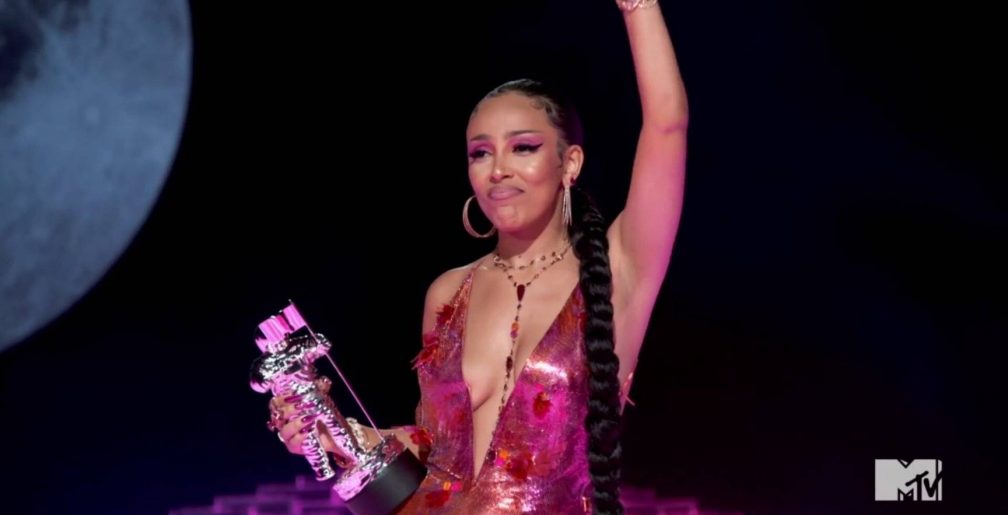 By LiveXtra August 31, 2020
0
SHARES
FacebookTwitter
Subscribe
Accepting her award with a lengthy list of personal appreciation shout outs, Doja Cat also paid tribute to her fans, remarking that their “support meant everything to me.” Joking about her refusal to cry, the singer also asked for fans to stay safe, acknowledging that “it’s been a really hard year.” Before leaving the virtual stage, she gave one last important thank you to her mom.

Prior to winning Best New Artist, Doja Cat performed a medley of “Say So” and “Like That,” two singles which have catapulted to popularity on TikTok. Although the performer has gained a much larger following this year, and released more new tunes, including a collaborative single with City Girls, she first gained viral attention back in 2018, releasing “Mooo!”

Along with her win for Best New Artist, Doja Cat was nominated for Song of the Year and Best Direction. Although she didn’t secure a win in either category, her VMAs debut was certainly one to remember, as she transformed the stage into an otherworldly dimension.

The 2020 VMAs have kicked off across MTV’s linear and digital platforms, as well as with several outdoor performances around New York City.