YouTube star Nicole Thea, from London, was just weeks away from her due date when she died, and a friend has told Mirror Online that claims she died in... 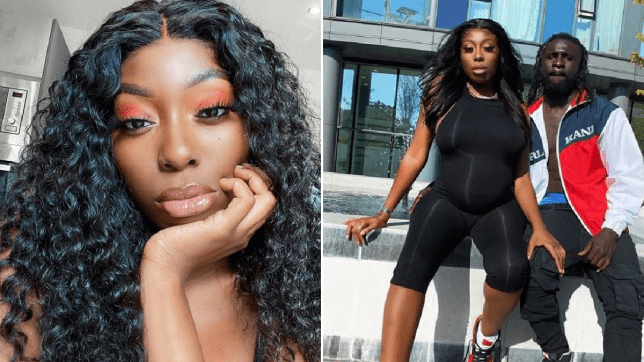 YouTube star Nicole Thea, from London, was just weeks away from her due date when she died, and a friend has told Mirror Online that claims she died in labour are “incorrect”

Pregnant YouTube star Nicole Thea and her unborn baby did not die in childbirth, a close friend says.

The heartbroken friend was responding to rumours and false reports circulating online after the 24-year-old businesswoman, influencer and dancer died on Saturday morning, just weeks away from her due date.

Nicole, who was eight months pregnant with her first child, and her boyfriend Jeffery Frimpong, the street dancer Global Boga, were expecting a baby boy that they had already named Reign.

The cause of the young Londoner’s death has not been announced by her grief-stricken family, and a friend has told Mirror Online that claims she died in labour are “incorrect”.

Mum-to-be Nicole, who would have turned 25 on July 29, had told her fans she was having a “good pregnancy” and frequently wrote about her excitement, but didn’t hide the reality of carrying a child.

Two days before her death, she told her Instagram followers she was “tired”, and in a clip posted on July 1 she said: “I’m more emotional. Literally I could be fine one minute and then the next second I’m crying.

“I’m having a good pregnancy, but emotions are just too much. I’m so out of breath 24/7. I would walk from here to the end of the room and feel like I’m dying

She wrote: “To all Nicole’s friends and supporters it is with great sadness that I have to inform you that Nicole and her son she and Boga named Reign sadly passed away on Saturday morning.

“Also Nicole pre-schedule a few YouTube videos and Boga has made the decision to allow them to be aired.

“As a family we ask that you give us privacy because our hearts are truly broken and we are struggling to cope with what has happened.

“Thank you, her mum.

Nicole was thrilled when she announced her pregnancy on Instagram in April.

She posted a video showing her and Jeffery dancing as he cradled and kissed her baby bump.

Nicole, from London, was just weeks away from her due date

The businesswoman and her partner had named their unborn son Reign

She wrote: “We can’t hide this any longer, secrets out.. GOD gave us the biggest blessing yet.

“I’m finally creating a beautiful little human inside of me. Can’t believe this bubba will be half of me and half of the loml.

“Honestly, @global_boga has been the best support EVER and GOD made no mistakes making him the father.

“We are already obsessed with you our little miracle baby. Thank you for choosing us to be your parents and best friends.

“Mummy and Daddy can’t wait to love, hold and cherish you for ever and ever. #22weeks.”

Almost two weeks later, she posted a gender reveal video in which she and Jeffery found out they were having a boy.

The couple popped balloons and were showered with blue confetti.

She wrote: “We are having a bouncing baby boy family – MR got what he wished for and we actually can’t wait to meet him.

Nicole’s death was announced by her devastated mum

“I actually wanted a girl so she can be a daddy’s girl but now my little prince will be a mummy’s boy.

Nicole’s most recent YouTube video was posted on Sunday, the day after she died. Her mum’s Instagram post announcing her death was published a short time later, leaving her fans devastated.

The 14-minute clip showed her laughing and joking as she posed for photos in a tub full of milk.

Nicole ran a company called Thea Kollection, which sells beauty and hair products over the internet.

She had previously attended Walthamstow School for Girls, according to her Facebook page.