MOELOGO GIFTS FANS WITH ‘ME’— A NEW FEEL-GOOD EP

Moelogo has released his eagerly anticipated fourth EP titled ‘ME’, a perfect blend of Afrobeat, R&B, and Palmwine sounds which dropped on Friday, June 26,  2020.

Moelogo has released his eagerly anticipated fourth EP titled ‘ME’, a perfect blend of Afrobeat, R&B, and Palmwine sounds which dropped on Friday, June 26,  2020.

The British-Nigerian singer-songwriter is regarded as one of the most unique and talented artists in the buzzing Afrobeat and the UK music scene. The 5-track EP including up-tempo tracks, such as “For You”, “Koshi” and a fusion of R&B sounds in “I Wonder”, “Sango & Oya” and the down-tempo piano ballad “Ugly Part of Love”, is a masterpiece. Moelogo best describes ‘ME’ as “feel-good music – the kind that you listen to while in any mood and it leaves you feeling better.” It demonstrates his versatility as an artist, with rich distinct vocals coupled with his compelling storytelling abilities.

Moelogo presents his vulnerability first hand in the new record. He explains, “The EP is titled ‘ME’ as it is an exploration of the versatile yet real Moelogo. For a while, I always put other people before myself but this EP is all about me,” adding “People usually expect melancholic music from me but this time I want my fans to feel my vulnerability, appreciation, happiness, redness, and relief.”

Inspired by the ups and downs of relationships, life, and love, ‘ME’ is written by Moelogo and produced by Nigerian and UK-based producers: Priime Beats, Happi Music, and Sess The Prblm and mastered by Turkish. Completing his latest record ‘ME’ was tasking but an experience to grow with his fans, admitted Moelogo, revealing, “I normally don’t sing about my most intimate experiences so I was reluctant to release these songs but in the end, I am comfortable in showing myself while creating magic and enjoying putting my thoughts together in beats.” 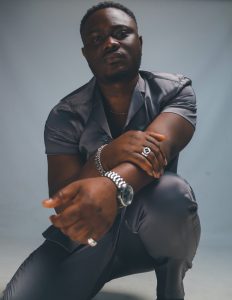 Moelogo’s latest release is part of a 3-part series titled ME #III, which will explore several aspects that makeup Moelego as an expressive storyteller. He is set to drop two other EPs, “filled with good vibes, some sad songs but most importantly, relatable music”— in his own words. 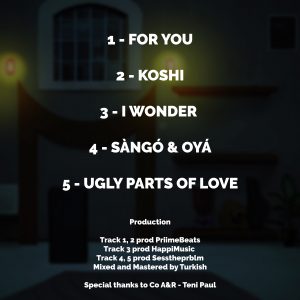 Moelogo’s new project is preceded by the music videos for “On Me” and “Magic” off his 2019 “Magic” EP. His expansive discography has earned him recognition for his 2017 smash collaboration “We Could Go Back” with British DJ and producer Jonas Blue, amassing over 44 million streams on Spotify. Over the years Moelogo has been consistent, backed by a strong following and successful EPs including “Magic” (2019), “Shine Your Light” (2016), and “Moe Is My Name, Music Is My Logo” (2013).

Described by The FADER as an Afropop dream, Moelogo continues his stint of musical success with this new body of work—ME. He draws inspiration from Afrobeat legends such as Fela Kuti and King Sunny Ade and modern R&B and dancehall music including that of soul icon Curtis Mayfield. Bursting onto the scene with his breakthrough single “Pangolo”, Moelogo released his debut EP ‘Moe Is My Name, Music Is My Logo’ in 2013. Since dropping his 2014 underground hit “The Baddest” with Giggs, Moelogo has firmly been a part of the buzzing UK music scene, having to work with Da Beatfreakz on their club-and radio smash “Pumpy” and Swarmz on his single “Bally” Ft. Tion Wayne, for which he was awarded 2 Silver plaque’s by the BPI as recognition for his songwriting prowess and has attracted over 7 million streams on Spotify and spent 9 weeks in the UK Official Charts where it reached the Top 40. He has gone on to collaborate with artists such as Davido, Sneakbo, Wretch 32, Avelino, Maleek Berry, Ghetts, and Juls.  His unique sound and passion for authentic music have seen him perform memorable sets for Boiler Room, Redbull, SXSW, Capital FM’s Jingle Bell Ball at The O2, and big shows for VEVO and Kiss FM, among other platforms.