FC Porto striker Moussa Marega, who tried to walk off the field after being the target of racist abuse from fans, faced apparent attempts Sunday by his own teammates... 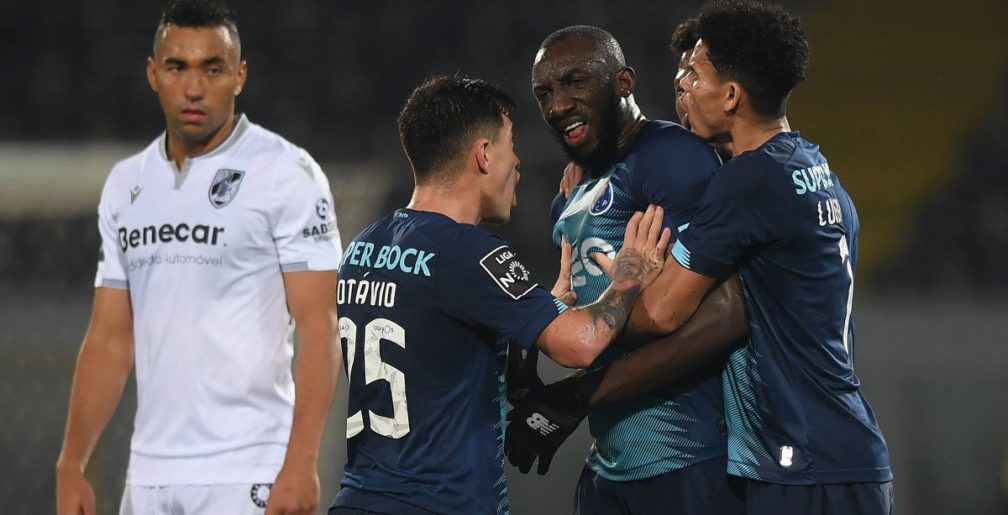 FC Porto striker Moussa Marega, who tried to walk off the field after being the target of racist abuse from fans, faced apparent attempts Sunday by his own teammates and opposition players to prevent him from leaving.

Marega, who is black and plays for Mali, was visibly angered by monkey noises targeting him after he scored Porto’s second goal in a 2-1 win at Guimarães in the Portuguese football league.

But when Marega started to walk off the field, several players from both Porto and Guimarães appeared to argue with him. Porto coach Sérgio Conceição also went on the field and spoke with Marega.

It took Marega several minutes to leave the field when he was substituted.

Marega held his thumbs down at the crowd as he went into the tunnel to the changing rooms. The crowd responded with loud jeers.

The attitude of the other players has drawn criticism on social media.

Marega received a yellow card following his goal in the 61st minute when he appeared to respond to the abuse by pointing at his skin and by picking up a seat that had been thrown on the pitch.

Shocking Porto players attempt to prevent their teammate, Moussa Marega, from walking off the pitch after facing racist abusehttps://t.co/TYGgBA2155pic.twitter.com/7kU9LSmQMv

After the match Marega expressed his anger with a post including an expletive on a social media account, calling the fans who insulted him “idiots who come to the stadium to make racist screams.”

“And I also thank the referees for not defending me and for giving me a yellow card because I defend my skin color,” Marega wrote. “I hope I never meet you on a football field again! YOU ARE A SHAME !!!!”

His coach criticized the fans’ behavior before, during and after the game.

“We are indignant with what has happened. Moussa was insulted from warmups (before kickoff),” Conceição said after the match.

“We are a family. One’s nationality, color, or height does not matter. We are human beings. We deserve respect and what happened was despicable.”

Both clubs issued statements condemning the racist abuse, without commenting on the attitudes of the players toward Marega.

“All of FC Porto and its supporters are in solidarity with Moussa Marega, who was led to take a drastic attitude in the wake of repeated racist insults,” Porto’s statement said.

“FC Porto strongly condemns the racist behavior this afternoon, which is one of the low moments in the recent history of Portuguese football and will have to be properly penalized.”

Guimarães said it would investigate the incident.

“(The club) will not fail to censor any and all manifestations of violence, racism or intolerance,” it said.

It added that the club ” will verify what happened during the game played at Estádio D. Afonso Henriques, acting firmly and consequently, in full cooperation with the competent judicial entities.”