The edgy, avant-pop album that siblings Billie Eilish and Finneas created in a small bedroom made a big splash at the 2020 Grammy Awards, winning 11 honors for the... 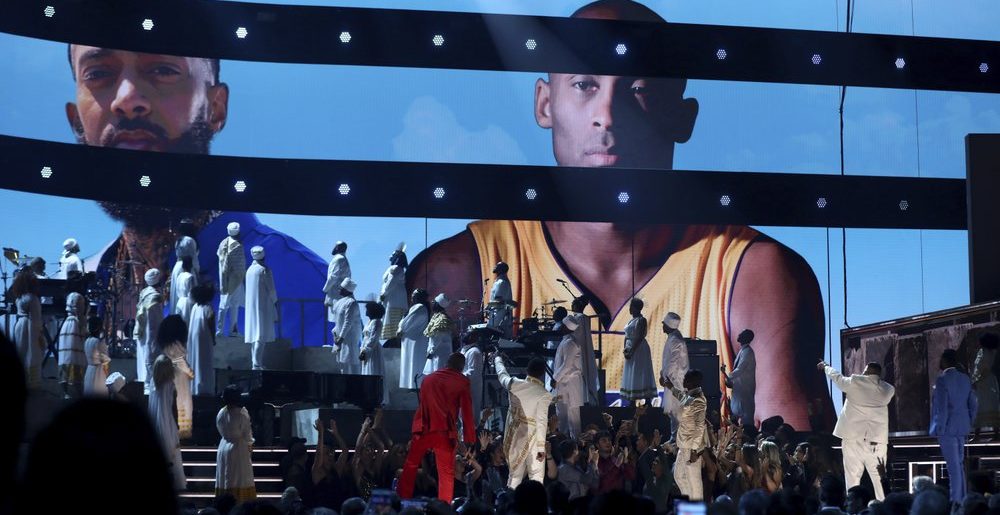 The edgy, avant-pop album that siblings Billie Eilish and Finneas created in a small bedroom made a big splash at the 2020 Grammy Awards, winning 11 honors for the musical family.

“When We All Fall Asleep, Where Do We Go?” — created in the musicians’ Los Angeles home — helped Eilish win the top four honors, including album, song and record of the year, along with best new artist. The 18-year-old is the youngest artist to achieve the feat and the first to do so since Christopher Cross did in 1981.

Finneas — who co-wrote, produced and engineered the album, walked away as Sunday’s top winner with six. Eilish won five honors.

Los Angeles, where the show was held, had a central theme at the show Sunday: hometown heroes Nipsey Hussle and Kobe Bryant, a global icon, were honored and celebrated at the show.

The Grammys kicked off with a performance in honor of Bryant, who died hours before the awards along with his daughter and seven others. And later in the show Hussle’s collaborators and friends, including DJ Khaled, John Legend, Meek Mill, Kirk Franklin, Roddy Ricch and YG, gave an all-star tribute to the man who died last year.

“This is for Nipsey Hussle. This is for hip-hop,” said DJ Khaled, who collaborated on the song with Legend and Hussle, whose family stood onstage.

“We all love him. We all miss him. It’s terrible that we had to lose him so early,” Legend said. “We’ve seen some tragedy today and last year … let’s hold each other tight.”

The show — which took place at the Staples Center, Bryant’s old stomping ground — began with a touching, emotional and a cappella performance of “It’s So Hard to Say Goodbye to Yesterday” by host Alicia Keys and Boyz II Men.

“Los Angeles, America and the world-wide world lost a hero,” Keys said, adding that the audience was “heartbroken in the house that Kobe Bryant built.”

“Right now Kobe and his daughter Gianna … are in our spirits, they’re in our hearts, they’re in prayers, they’re in this building,” she said. “Take a moment and hold them inside of you and share our strength and our support with their families.”

Producer of the Year, Non-Classical Finneas

Best Pop Vocal Album Billie Eilish – When We All Fall Asleep, Where Do We Go?

Best American Roots Song I’m With Her – “Call My Name”

Best Dance Recording The Chemical Brothers – “Got to Keep On”

Best Engineered Album, Non-Classical Billie Eilish – When We All Fall Asleep, Where Do We Go?