A pastor of The Church of Pentecost, Assakae District, and his brother, Godwin Asare aka Odoawhedie Kwasi-Nsoromma Asare, a Literature-in-English tutor at the Pentecost Senior High School, Koforidua, won big at the 2019 Ghana Association of... 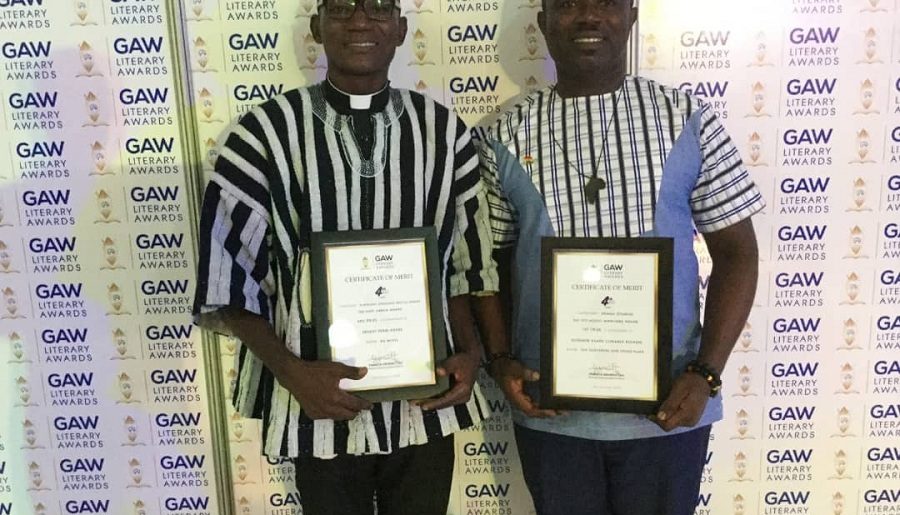 A pastor of The Church of Pentecost, Assakae District, and his brother, Godwin Asare aka Odoawhedie Kwasi-Nsoromma Asare, a Literature-in-English tutor at the Pentecost Senior High School, Koforidua, won big at the 2019 Ghana Association of Writers (GAW) Literary Awards held on Saturday, 16th November, 2019, at the Ghana International Trade Fair Centre.

In an interview with the Daily Heritage Newspaper, Pastor Perbi-Asare indicated that when he was transferred to the Ntewusae District (Kete-Krachi Area) of the church in 2015, the Lord laid it on his heart to write and publish a reading book in the Ghanaian Language to benefit the people of Krachi West District and other districts who were studying Akuapem Twi in their schools, since there were virtually no books in Ghanaian Language (Akuapem Twi) to be used in the basic schools.

According to him, the Ghanaian Language Special Award received, “is an affirmation that, language is the most effective tool for preserving and developing our tangible and intangible heritage. It is by far man’s most important asset through which he can study and understand the values and concerns of the society.”

“I dedicate this Ghanaian Language Special Award to The Church of Pentecost for her intentionality in championing the study of mother tongue by way of translating almost all their churches’ training manuals and other relevant documents every year into eight major Ghanaian Languages”. 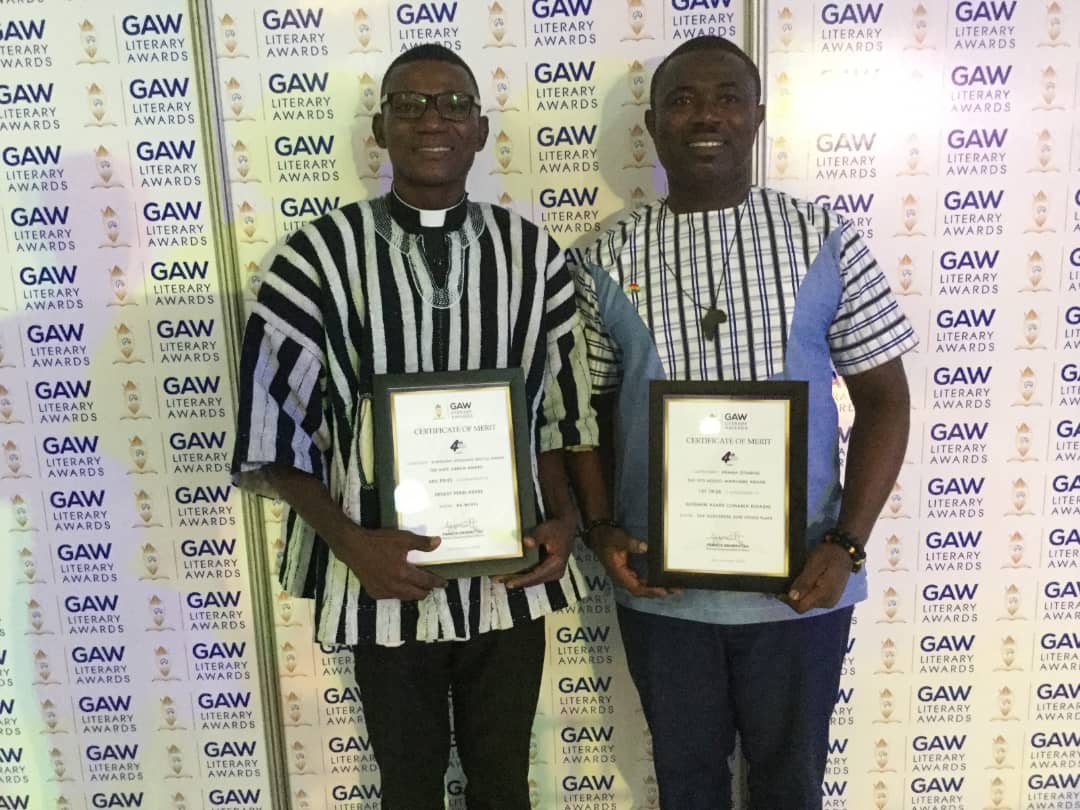 Pastor Perbi-Asare, a former Ghanaian Language (Akuapem Twi) tutor at the Seventh Day Adventist Senior High School at Asokore-Koforidua and Kibi Presbyterian College of Education, is currently one of the Akuapem Twi translators in the church.

On the other hand, the pastor’s brother, Godwin Asare aka Odoahwedie Kwasi-Nsoromma Asare who also writes as Omama Kidash, a tutor of the Pentecost Senior High School, won the ultimate prize (1st Prize) in the drama category of the awards dubbed the Efo Kodzo Mawugbe Prize. His book, The Sorceress and Other Plays (a collection of four of his staged plays) won the award.

A product of the then Pope John Secondary School and Junior Seminary, the then Presbyterian Training College, Akropong Akuapem and the University of Ghana, Legon (BA English and Sociology), Godwin has thus far published four books. In 2016, he launched his first two books, Diary of the First Birth Poemsand The Peaceful Ghana Project: God Bless Abibiman Ghana (a collection of poems and a play) at the Bedtime Hotel, Koforidua. Diary of the First Birth Poems won him the 2nd Prize for the poetry category dubbed the Atukwei Okai Prize at the 2017 GAW Literary Awards. In 2018, he published two more booksunder the pseudonym Omama Kidash. They were The Sorceress and Other Plays and Women Don’t Die: Diary of the Second Birth Poems from Africa (a collection of 310 of his poems).

In 2016, Godwin won the 2nd Prize of the MTN FoundationBest Teacher Awards held to celebrate World Teachers’ Daymarked by UNICEF.

The brothers attributed all their successes to the Lord God Almighty. They also thanked the Lord for blessing them with the lives of their late parents, Mr. Edmund Darko Asare (Shadow) and Deaconess Sarah Asamoah Asare, their aunties (Deaconess Esther Antwi, Deaconess Hannah Mireku, Mrs. Elizabeth Kwabi, Obaapanyin Diana Akua Lartebea), their uncle, Dr. Emmanuel Antwi (lecturer, KNUST), all their in-laws, all their paternal and maternal cousins, not forgetting their siblings, Mrs. Philomina Nyarkoah Ofosu Nkansah, Mrs. Mavis Opare and Mr. Emmanuel Lartey Asare aka Kasiebo and their spouses.

The 2019 Awards ceremony, which was under the theme: Honouring Literary Excellence, was held at the Event Haven of the Ghana International Trade Fair Centre at La in Accra. The event was the third edition of the Literary Awards following its revival by GAW in 2017. The Ghana Association of Writers (GAW) Literary Awards is open to original and published works of Ghanaian authors and residents in Ghana for, at least three years and has been instituted to honour Ghanaian Literary excellence and to celebrate the outstanding efforts made by writers in different categories.

The event was attended by Mr. Kwame Pianim (a celebrated Ghanaian Development Economist and an Investment Consultant) who was the special guest of honour and Mrs. Elizabeth Ohene (a journalist, writer, a broadcaster and a politician) who was the keynote speaker. Other important dignitaries in the country also featured at the ceremony.