The Ghanaian version of international television game show ‘Family Feud’ hosted by Steve Harvey will air on local Television in 2020, livefmghana.com has learned. Producers of the show have... 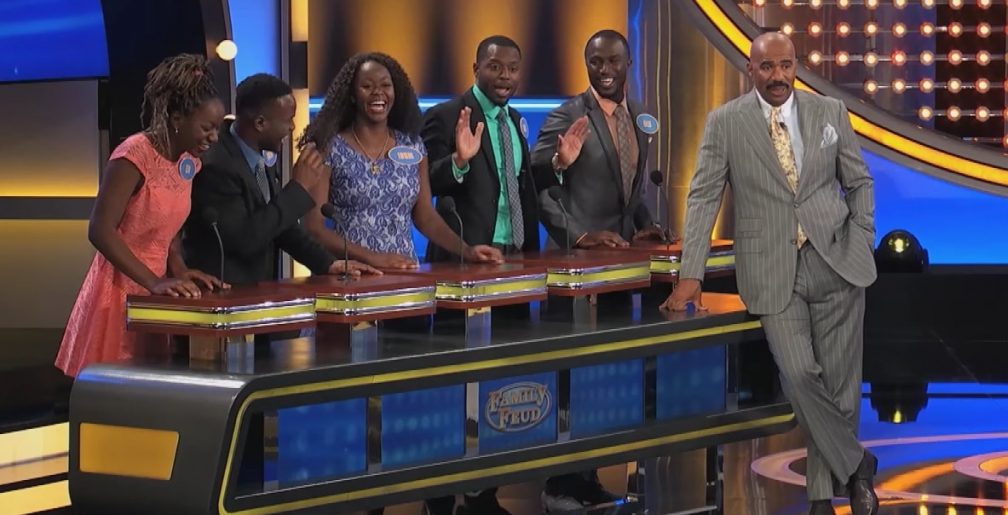 The Ghanaian version of international television game show ‘Family Feud’ hosted by Steve Harvey will air on local Television in 2020, livefmghana.com has learned.

Producers of the show have entered into an agreement with TV3 to broadcast the show in April 2020, after filming in January in South Africa.

It will see two teams of family or friends compete to name the most popular responses to gathered survey questions in order to win cash and prizes.

“As Rapid Blue, we are totally thrilled to be bringing this light-hearted and comedic entertainment to local audiences, especially hosted by someone of Steve Harvey’s stature and passion for our continent. We are equally honoured to be working with TV3,” reads a statement by Kee-Leen Irvine, Executive Producer of the show.

“We have an exciting challenge ahead of us to find teams who are confident, bubbly, funny and entertaining. It is not about general knowledge but rather about the ability to predict the most common responses to survey questions about the warm and fascinating culture, thoughts and behaviour of fellow Ghanaians, which is the foundation for a whole lot of fun and laughs. There are fabulous prizes to be won and no-one walks away empty-handed.”

Steve Harvey To Launch and Host ‘Family Feud’ In Ghana

“Bringing Family Feud to Africa has long been a dream of mine,” says Harvey who has hosted Family Feud since 2010. “I believe Family Feud will become a household name for local South African and Ghanaian families. And this is just the beginning in Africa. I expect this show to lead to multiple media and business projects in and throughout the continent.”

The show will be produced by multi-award winning production company, Rapid Blue, a leading entertainment producers for shows including Idols (Nigeria), and X-Factor (South Africa and Nigeria) on the African continent.