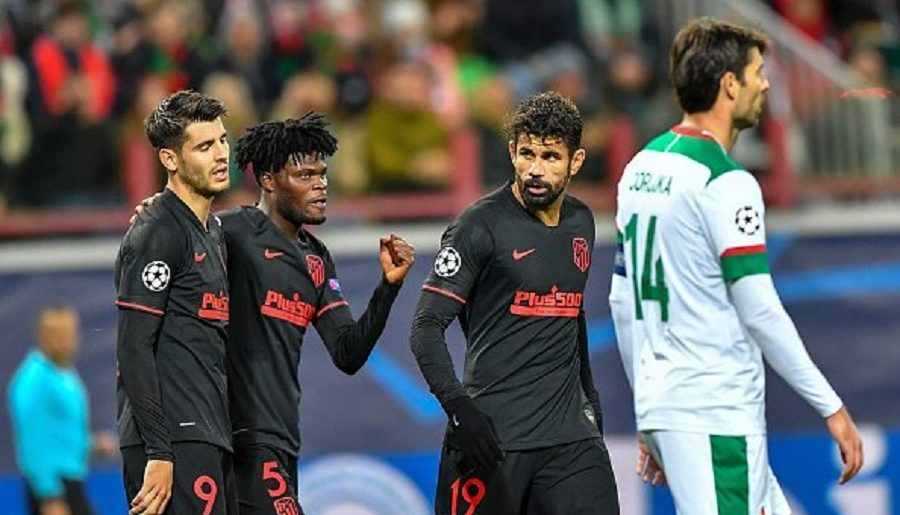 Partey continued from where he left off on Saturday when he scooped the man of the match award for his performance in the goalless Madrid Derby.

The Ghana international who was making his eighth appearance across all competitions this season, finished off a Diego Costa assist in the 58th minute, to notch his second goal in the 2019-20 campaign.

Aside from his effort, Partey established himself as a prominent force in Atletico Madrid’s midfield with his display in Moscow.

Tuesday’s match saw the 26-year-old make 84 passes, the most he had managed in any Champions League fixture.

1 – Thomas Partey has attempted 80 passes against Lokomotic Moscow (74), more than in any other Champions League game. Titan. pic.twitter.com/NbGkdK6l8z

The victory was Atletico Madrid’s first win in the competition this season, after their 2-2 draw against Juventus a fortnight ago.

Diego Simeone’s men visit Real Valladolid on Saturday for a La Liga fixture before hosting Bayer Leverkusen in their next Champions League outing on October 22.

WATCH: Shatta Wale staged his proposal to me – Michy