Barcelona star crowned for the sixth time; Liverpool's Virgil van Dijk and Alisson picked in team of the year; Revealed: Messi voted for Mane but Ronaldo didn't pick Messi in his top three 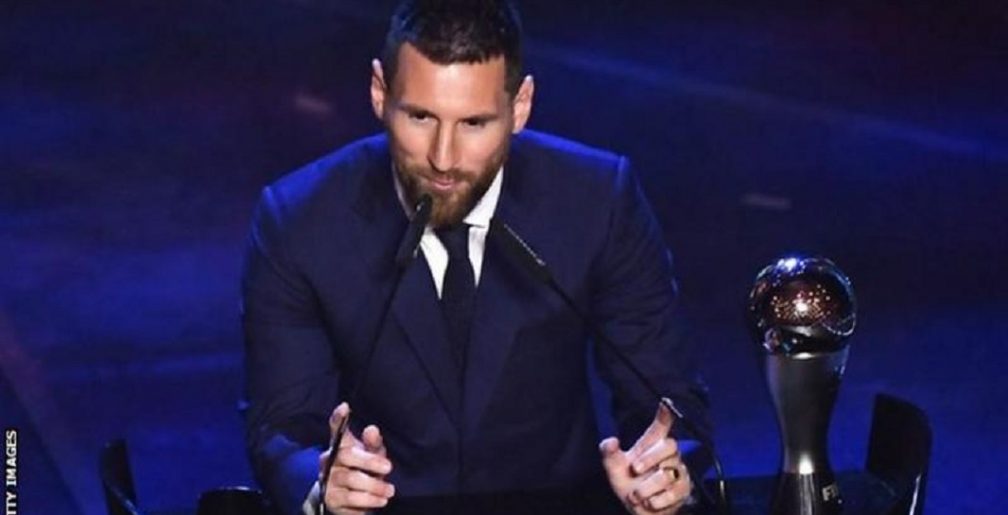 The Barcelona star scored more league goals than anyone else in Europe last season, registering 36 times as he helped the Spanish side win another La Liga title.

It is also the sixth time the 32-year-old has scooped the award, now seeing him move one ahead of rival Cristiano Ronaldo.

The duo have dominated the award since 2008, with their string of victories only interrupted by Luka Modric last year.

It was the second award of the night for the Argentinean forward, who was also included in the men’s team of the 2018-19 season – as voted for by their fellow professionals.

Who did Ronaldo and Messi vote for?

FIFA have revealed the breakdown of the vote, with some interesting surprises among the selections.

Messi went for Liverpool winger Sadio Mane and had Ronaldo as his second pick, but Ronaldo did not return the favour, omitting Messi from his top three while opting for Juventus team-mate Matthijs de Ligt as his first option.

Who was selected in the team of the year?

Alisson picked up the individual goalkeeping accolade as well as being selected in the best XI after helping Liverpool to the Champions League title and Brazil win the Copa America.

Paul Merson gave his reaction to the awards on The Debate, and believes Van Dijk should have won the best men’s player accolade.

He said: “Messi has done what he does every season, he hasn’t taken Barcelona to another level and won them the Champions League. You win it because you’ve done something special, which Van Dijk has done.

“Messi won it because they started [the awards] in 2016, and for the first two years, Cristiano Ronaldo won it and last year, Luka Modric won it. Now they’ve got to give it to Messi.

“What does Van Dijk have to do? He took the Netherlands to the Nations League final and he’s taken Liverpool to another level. If the coach is getting the manager of the year, how is the player not getting the best player? It’s all about the moment and he should have won it.”

Fellow panellist Darren Bent had a differing opinion and thinks Messi was the right winner in Milan.

“I believe he should have won it,” he said. “51 goals in 50 games from last season is absolutely insane and he carries Barcelona on his back, which he has done for years and years. For the last few seasons, Barcelona haven’t been a very good team but Messi has managed to keep going.”

#LiveFMCharts: Krymi & Darko Vibes ‘Toffee’ their way to the top