Real Madrid lost – but what was truly shocking was just how lost they looked. Paris Saint-Germain opened their Champions League campaign with a 3-0 rout of the 13-time winners at the Parc... 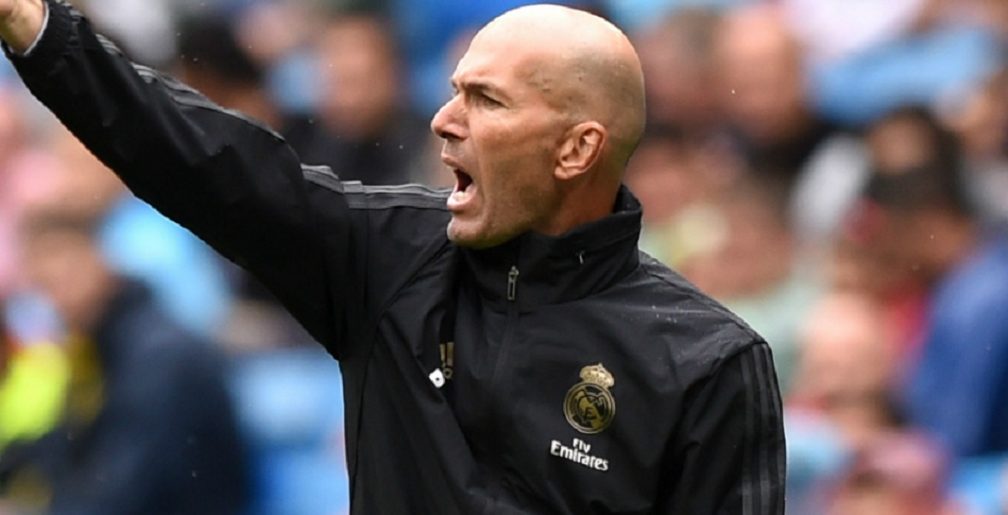 Real Madrid lost – but what was truly shocking was just how lost they looked.

Paris Saint-Germain opened their Champions League campaign with a 3-0 rout of the 13-time winners at the Parc des Princes on Wednesday and it was even more of a stroll than the emphatic scoreline suggests.

And this despite the fact that Thomas Tuchel’s side were without the suspended Neymar, and injured duo Kylian Mbappe and Edinson Cavani.

With the accuracy and ruthlessness of that trio, Madrid could have been left with a far more embarrassing scoreline to ruminate over on the way back to the Spanish capital.

Instead, a delightful double from Angel Di Maria and Thomas Meunier’s late strike did the trick for PSG, who reminded everyone that they can be a force at this level.

Hardly surprising, then, that former Barcelona star Neymar was grinning like a Cheshire cat in the stands, as the club he wanted to leave during the summer annihilated one of those he could have joined.

There were no smiles from Zinedine Zidane, though.

Real Madrid invested more than €300 million (£265m/$330m) in the Frenchman’s squad over the course of the summer and yet Zidane’s rebuild looks half-baked, with the midfield particularly short on quality.

Of course, Paul Pogba had been one of the coach’s primary transfer targets but the Manchester United eluded Madrid, as did other midfield targets, including Tottenham’s Christian Eriksen.

That has left Zidane with almost the same core as last season, only weaker after the departure of Marcos Llorente to Atletico Madrid.

Casemiro has been playing well and, against PSG, he plugged holes where he could, but the Brazilian was overwhelmed by Marco Verratti, Marquinhos and former Everton midfielder Idrissa Gueye.

Toni Kroos offered no help and while James Rodriguez played some nice passes, he still seems too lightweight to be part of a central three in games as big as these.

In the Colombian’s defence, he has been important for Madrid in the opening weeks of the Liga season, despite Zidane wanting rid of both him and Gareth Bale before the close of the window.

That both are still at Madrid only underlines the failure of Madrid’s attempted revamp. That both are in the starting line-up highlights the muddle nature of Zidane’s thinking. He knows neither his best team nor his best formation.

To Bale’s credit, he once again turned up, scoring a brilliant lob in Paris only to see it ruled out for handball in the build-up. It was harsh but fair, according to the letter of the law.

As for Eden Hazard, he was anonymous but the Belgian summer signing has only just returned to full fitness. Karim Benzema, though, had no excuse. The striker has been in fine form of later but made no impression on the game.

At the back, Sergio Ramos and Nacho were both suspended, while Marcelo missed out through injury, providing some explanation for Madrid’s awful defending. But, then again, Real have still been shipping goals of late in the league.

In short, nothing Zidane has done since returning to the job in March to offer even a shred of hope that he can resolve Real’s defensive issues.

As it stands, if they want to win games, they will simply have to outscore their opponents, as they did in last weekend’s 3-2 win over Levante in La Liga.

That two former Madrid men played pivotal roles in this defeat only added insult to injury.

Angel Di Maria certainly took great joy in smashing in both of his goals, thus becoming only the third player to bag a brace against both Real and Barcelona in the Champions League, following in Andriy Shevchenko and Mario Jardel’s footsteps.

The Argentine could and should have completed his hat-trick, first lobbing both Thibaut Courtois and the crossbar when through on goal, and then seeing the Belgian turn his low effort around the post.

It was nonetheless a great night for Di Maria, and Keylor Navas too.

The Costa Rican didn’t even get a chance to show what he could do, though, with a dire Madrid failing to post a shot on target in a competitive fixture for the first time in 10 years, and 578 matches.

Instead, he just sat back and watched the man who usurped him as Real’s No.1, Courtois, embarrassed by Di Maria’s near-post strike for the game’s crucial opening goal. The Belgian has now been beaten 56 times in 40 appearances for the Blancos.

Courtois’ last Madrid clean sheet came back in February and the former Chelsea shot-stopper looks a shadow of the goalkeeper he was back in his Atletico Madrid days.

Di Maria’s second was much harder to stop, a well-placed drive from the edge of the box which zipped into the net.

PSG bringing on Eric Maxim Choupo-Moting, who was relegated with Stoke City in 2018, for Mauro Icardi only added to Madrid’s embarrassment on a night they were painfully outclassed by a PSG side shorn of their biggest stars.

Losing to PSG is no disgrace. But losing to PSG, and in this manner, demonstrating a total lack of fight and incision, was utterly humiliating.

For the fans, the club and Zidane most of all.

Asamoah Gyan to play in India