FRANK LAMPARD hit back at Jose Mourinho after his former boss shredded his Chelsea tactics. The Special One, making his return to Old Trafford as a Sky Sports pundit,... 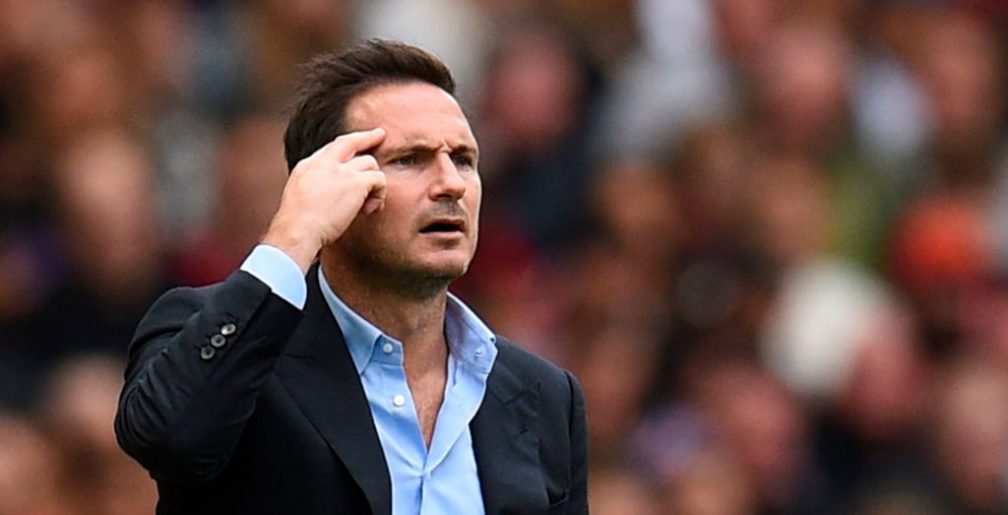 FRANK LAMPARD hit back at Jose Mourinho after his former boss shredded his Chelsea tactics.

The Special One, making his return to Old Trafford as a Sky Sports pundit, reckoned Lampard picked the wrong players and claimed the Blues did not even do the “basics” at the were stuffed 4-0 by Manchester United.

Mourinho also accused his old team of being “too soft” and “not aggressive” enough.

Chelsea were without Ruben Loftus-Cheek, Callum Hudson-Odoi, and Willian through injury – while N’Golo Kante could only come off the bench.

But Mourinho pointed the finger at the selections of inexperienced trio Mason Mount, Andreas Christiansen and Tammy Abraham.

And Lampard looked stunned by Mourinho’s criticism and hit back by saying he could not pick injure players.

The Blues boss said: “I don’t have to be too concerned about what anyone else says, the pundits, but what is clear is the squad is the squad we’ve got and I believe in it.

“I can’t drag people out of the medical room, whether they’re experienced or not. The players we played today, and on the bench, are the players we have.

“We were missing internationals and big players, but I don’t want that to be an excuse. We were competing for long periods.

“We made four mistakes and they put them away. It is a reality check for us all. It wasn’t a 4-0 game for long periods, but we need to accept it.”

Mourinho was particularly puzzled by Lampard’s decision not to start Kante, even if he had just returned from injury.
The Portuguese boss, who won eight trophies in two stints at Stamford Bridge, also questioned why Marcos Alonso and Olivier Giroud were on the bench.

Mourinho said: “Chelsea were too soft, not compact defensively, not aggressive enough, there was too much space between the lines. They did not press in blocks.

“If Kante can play 30-35 minutes he can start the game. And then if he lasts only one hour then he lasts one hour.

“But maybe Frank listens to us and says Kante is impossible to play. My feeling is that they had a possibility to play with more know-how.

“A little bit of experience would fit well with the team. You look to the performance of Mason Mount, Tammy Abraham and for matches of this dimension you need a little bit more.’

“There were moments seeing this game that Chelsea without the ball had a block of 6 and a block of 4. Abraham, Barkley, Pedro and Mount stayed up.

“Good teams all defend compact, higher block or lower block but always in a block. So there are principles of play that are just basic.

“You have to defend compact. Chelsea was never that. So it was too easy for United.”

Lampard will look at the stats and scratch his head at how his first competitive game as Chelsea manager ended in a 4-0 defeat at Old Trafford.

They may have had more possession, more shots, more shots on target and more corners 5-3 – but most importantly they have no points.

Lampard said: “We made four mistakes for the goals, so we can get that out of the way. We have to be self critical. But other than that for 60 minutes we controlled major parts.

“But we made poor decisions in the final third where we should be shooting. We should be ahead at half time.

“The first thing I said in the changing room is we have to be grown up.

“It’s not a nice feeling. We are Chelsea and we don’t want to lose 4-0 but anyone with football experience will tell you it wasn’t a 4-0.

Lampard admitted that as a manager at Chelsea he felt the defeat far more than as a player.

Lampard said: “As a manager I feel things are slightly magnified. You take wins and losses more and this hurts.”