Top Rank’s plan for a long time has been to put unbeaten power puncher Teofimo Lopez, its prized prospect, into a title fight in the second half of 2019... 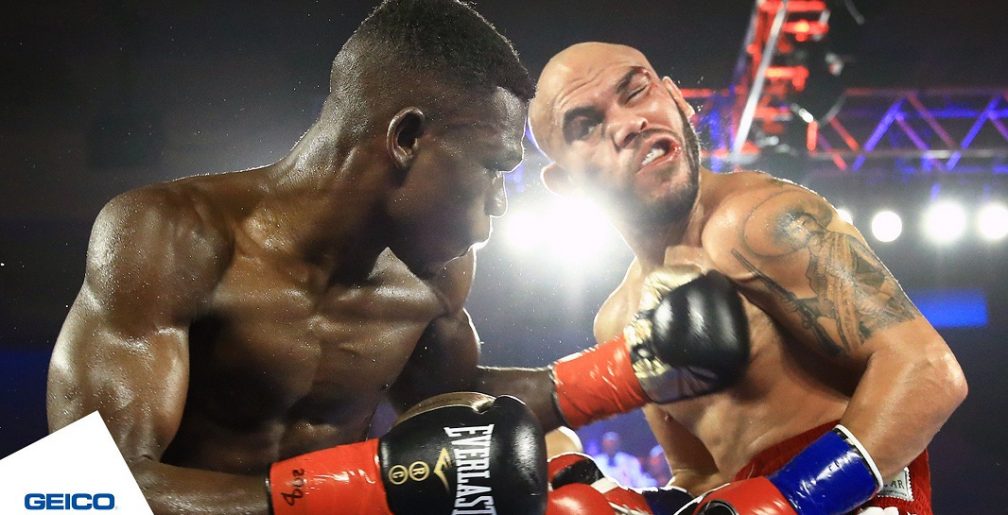 Top Rank’s plan for a long time has been to put unbeaten power puncher Teofimo Lopez, its prized prospect, into a title fight in the second half of 2019 in order to position him for a unification bout with the pound-for-pound great Vasiliy Lomachenko in the first quarter of 2020.

A lot must happen in order for that dream scenario to play out, and IBF lightweight champion Richard Commey served notice in a dominant eighth-round stoppage of veteran Ray Beltran on Friday at the Pechanga Resort in Temecula, California, that he’ll be no pushover.

Commey knocks Beltran down for the fourth time and this one is over! #CommeyBeltran | @ESPN pic.twitter.com/vIaSOQz9vX

Commey knocked Beltran down four times and stopped him 54 seconds into the eighth after dumping him with a crunching left hook to the chin. Beltran got up, but referee Eddie Hernandez looked carefully at him before deciding he’d taken enough punishment.

Beltran didn’t argue the stoppage and said he didn’t remember the final flurry, which in and of itself justifies the referee’s decision.

Nothing, though, should take away from Commey’s performance. He wasn’t perfect, but assuming Lopez gets past Masayoshi Nakatani when they meet on July 18, it’s not a given that Lopez waltzes to a win over Commey.

“I feel great,” Commey said. “It was my first defense and it was against a former world champion. He was a strong guy, a very good fighter and he’s a professional. I’m the champion.”

Lopez, who is 13-0 with 11 knockouts, will probably be favored against Commey, but Commey showed a complete package. He dropped Beltran twice in the first and calmly went after him in trying to finish the fight. He mixed his punches and didn’t rush himself and had Beltran reeling.

The one issue Commey will have to address against Lopez is his defense. Beltran is a gritty, hard-nosed veteran but he doesn’t have the snap on his punches or the electric power that Lopez does. Beltran fought his way out of difficulty several times in the fight, including in the first when Commey was going after the finish.

Lopez is far faster than Beltran, hits harder and has better footwork.

A potential Lopez-Commey fight wouldn’t be a blood-letting, though, like the majority of Lopez’s fights have been so far.

Beltran raved about Commey afterward, giving him well-deserved props for an outstanding performance.

“It was a good punch [that dropped me in the eighth],” Beltran said. “Commey is a strong fighter. He got me good. He put me down.”

Lomachenko has an Aug. 31 date with 2012 Olympic gold medalist Luke Campbell at the O2 in London next, and then presumably would wait to fight the Commey versus Lopez/Nakatani winner early next year should he win. That would be a bout for all the titles.

But Top Rank vice president Carl Moretti warned against underestimating Campbell, who is 20-2 and has won three in a row since losing to Jorge Linares on Sept. 23, 2017.

“Every fight at lightweight is tough for [Lomachenko] because he’s not a lightweight,” Moretti told Yahoo Sports, laughing. “Campbell is a tall, southpaw boxer with a lot of amateur experience. It’ll be a different type of tough fight. It wasn’t be so much physical, but moreso Loma will have to figure out how to deal with his length and his range and him being a southpaw.”

So there is much to happen before there is a Lomachenko-Lopez showdown for all the titles in 2020.

Commey, though, did everything that was expected of him on Friday.