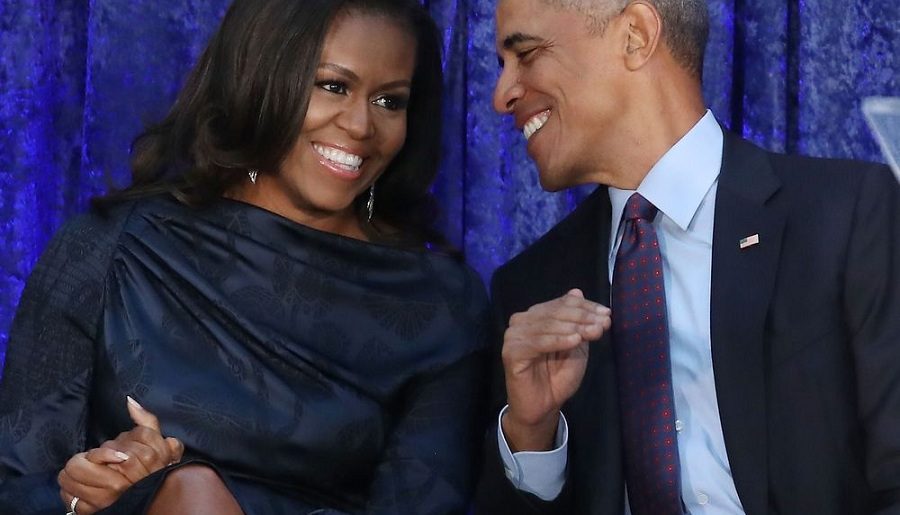 The production company backed by former President Barack Obama and first lady Michelle Obama will make podcasts for Spotify Technology SA, expanding into audio after signing a deal with Netflix Inc. for a slate of TV shows and movies

The music-streaming company will distribute the podcasts — covering “wide-ranging topics” — to audiences worldwide as part of a multiyear agreement, Spotify said on Thursday.

Higher Ground, the Obamas’ company, was formed last year to create “content that entertains and inspires viewers.” Hillary Clinton and her daughter Chelsea are now following in their footsteps. They’re forming a production house that will pursue film and television projects, people familiar with the matter said last week.

With the rise of streaming audio and video, demand for content has attracted politicians and other high-profile figures, including sports stars like Kobe Bryant.

The Higher Ground podcasts will “amplify voices that are too often ignored or silenced altogether,” Michelle Obama said in a statement.

The Obamas’ Netflix projects include a nonfiction series based on the Michael Lewis book “The Fifth Risk: Undoing Democracy.” The author is best known for books that spawned popular movies such as “Moneyball” and “The Big Short.”

The first video released by Higher Ground was a documentary called “American Factory,” about an Ohio GM factory bailed out by a Chinese billionaire. Other projects include a drama series about the post-World War II New York fashion world and a show for preschoolers.