#Royalbaby: Meghan, Duchess of Sussex, gives birth to a boy 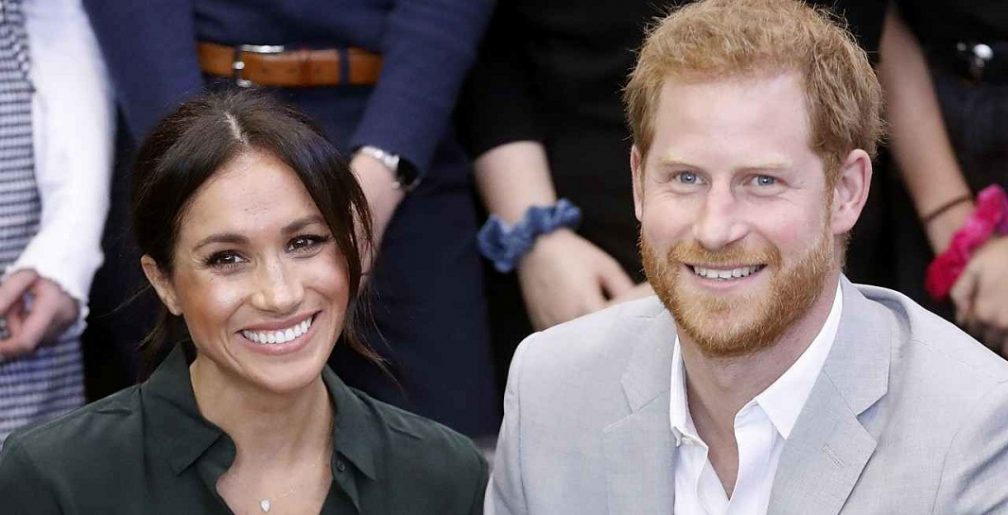 The Duchess of Sussex has given birth to a baby son, weighing 7lbs 3oz. Mother and child were both doing well, Buckingham Palace announced.

The Duke of Sussex was present for the birth, which happened at 5.26am on Monday.

The child is seventh in line to the throne, and an eighth great-grandchild for the 93-year-old Queen.

A beaming Prince Harry said: “It’s been the most amazing experience I could ever have possibly imagined. How any woman does what they do is beyond comprehension. But we’re both absolutely thrilled.

“We’re both absolutely thrilled and so grateful for all the love and support from everybody out there. It’s been amazing, so we just wanted to share this with everybody.”

The baby is a fourth grandchild for the Prince of Wales, and a first for Meghan’s mother, Doria Ragland, who is at the couple’s new residence, Frogmore Cottage, on the Windsor estate, after flying in from her Los Angeles home recently to support her daughter.

In a statement, Buckingham Palace said: “Her Royal Highness the Duchess of Sussex was safely delivered of a son at 0526. The baby weighs 7lbs 3oz.

“The Duke of Sussex was present for the birth. The Queen, the Duke of Edinburgh, the Prince of Wales, the Duchess of Cornwall, the Duke and Duchess of Cambridge, Lady Jane Fellowes, Lady Sarah McCorquodale and Earl Spencer have been informed and are delighted with the news.

“The Duchess’s mother, Doria Ragland, who is overjoyed by the arrival of her first grandchild, is with their royal highnesses at Frogmore Cottage. Her royal highness and her child are both doing well.”

A name for the baby will be announced in due course.

Meghan is believed to have been overdue. Harry has an official visit to the Hague scheduled for Thursday, when he is due to launch the one-year countdown to the Invictus Games 2020. He had been due to visit Amsterdam on Wednesday but that was cancelled on Friday, leading to speculation the birth was overdue.

The couple had announced in April that they had “taken a personal decision” to keep the plans around the arrival their baby private. So, the wait had been a challenge for royal commentators faced with a paucity of facts beyond only that a royal birth was imminent.

The couple had made clear there would be no hospital steps photocall with the newborn, as there was with the Duchess of Cambridge and her three children. It is understood they thought there was no pressure for such a public show when the baby was not in the direct line of succession, and unlikely to ever be monarch.

The first photographs of the baby could be released through the couple’s @sussexroyal Instagram account. It is understood there will be a photocall with a small representative group of media in the coming days.

The fact that details of the birth were kept so private is thought to reflect Harry’s difficult relationship with the media over the years and his wish to protect the privacy of his wife and child as much as possible.

Another factor could be Meghan’s difficult relationship with her father, Thomas Markle, the child’s grandfather, who has reportedly never met his royal son-in-law.

The new royal would not automatically be styled HRH or given the title prince or princess. That is in the gift of the Queen, who will undoubtedly go along with the couple’s wishes. Princess Anne rejected royal titles for her two children, but both Prince Andrew’s daughters are princesses.

The couple will have greater latitude on names for their baby, as it is not in the direct line of succession, so they have the choice of being less traditional.

The baby will be entitled to have dual nationality, as the offspring of a British father and American mother.

The arrival means that Meghan will still be tending to the newborn when the US president, Donald Trump, makes his state visit to the UK on 3 June.Before marrying in to the royal family she was a vocal critic of Trump, previously calling him “divisive” and a “misogynist”.

Souvenirs celebrating the birth have already been released by the Royal Collection. A “Royal Baby Bear 2019”, a limited edition cream bear retailing at £125, has been handmade by traditional Shropshire-based teddy bear makers Merrythought especially for the Royal Collection. The couple has already received a number of teddy bears on their travels, along with a menagerie of other exotic soft toys for their nursery.

The couple had suggested people wishing to express their good wishes could donate to four charities in honour of their baby – Lunchbox Fund, Well Child, Baby2Baby and Little Village.