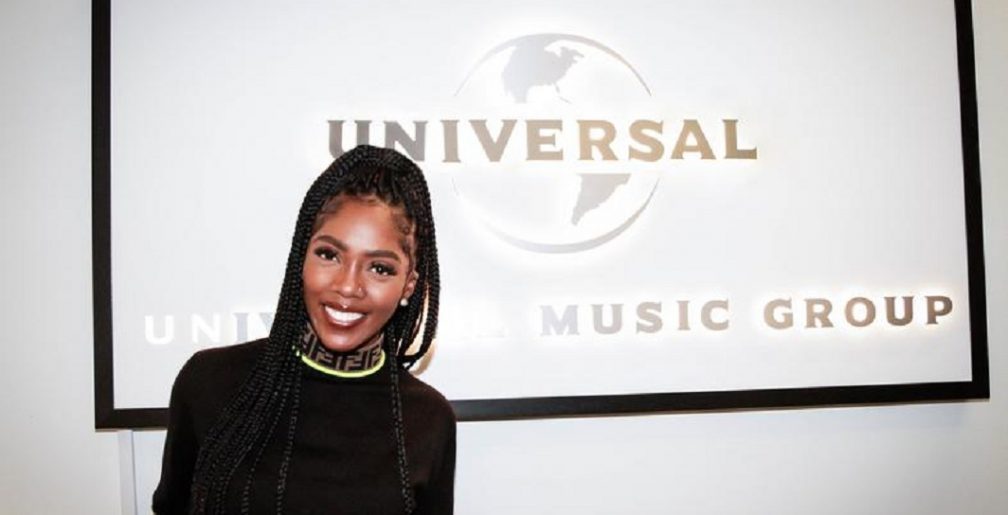 Under the agreement, her future music will be released through UMG’s operations in more than 60 countries.

Projects will be executively produced by Efe Ogbeni of Regime Music Societe and Vannessa Amadi-Ogbonna.

Savage was previously signed to Mavin Records, which received a multi-million dollar investment earlier from Kupanda Holdings earlier this year.

“It’s been an epic journey with you and we are very proud of what we have achieved together,” said Mavin founder Don Jazzy, in an Instagram post.

“As you start this new chapter in your life we want you to know that we are solidly behind you and can’t wait for the world to see what we have always believed you can be.”

The singer-songwriter, philanthropist, entrepreneur and fashion icon was crowned Best African Act by the MTV European Music Awards, making history as the first female to win the accolade.

In the same year, she also became the first African female to sell out London’s IndigO2. In December, Tiwa was handpicked by Coldplay’s lead singer Chris Martin to perform alongside Beyonce, Ed Sheeran and Jay Z live at the Global Citizen Festival in Johannesburg to a 70,000 strong audience and millions across the globe in celebration of the centenary of Nelson Mandela’s birth.

An accomplished live musician, she has performed around the world, including a notable performance at Jay Z’s Made In America festival in Philadelphia in 2017.

Savage was named one of the world’s Top 100 Inspirational Women in Fashion by Vogue US then later featured in British Vogue’s December 2018 issue as one of 10 women that are changing the face of music globally.

She has released a string of singles including Mr Lova Lova ft Duncan Mighty, Diet and Tiwa’s Vibe all of which hit the No.1 spot across charts within Africa, securing her position as one of Afrobeats leading artists.

Throughout her career, Savage has been active in her philanthropic endeavours, supporting various youth engagement organizations and breast cancer screening projects across Nigeria and further afield.

Through her work with MTV’s Shuga, Savage is also keen to share further knowledge of HIV/ AIDS prevention and awareness within the continent.

One of Africa’s most followed women on social media, Savage was the first African female to represent Pepsi as an ambassador and represents leading global brands including Nike, MegaGrowth Hair, MTN and Star Beer.

Throughout summer 2019, Tiwa will play a string of international festivals including the UK’s Wireless Festival, Afropunk in Paris and Oh My! Festival in Amsterdam.

UMG has been ramping up its presence in Africa over the last 12 months.

That division is led by experienced music industry executive, artist manager and live promoter, Moussa Soumbounou, who has been appointed as MD, Western Africa effective immediately.

Shorly after that announcement, UMG launched a new office under the Universal Music Nigeria brand in Lagos.

Universal Music Nigeria is led by Ezegozie Eze Jr., who was appointed as General Manager of the UMG subsidiary.

Tiwa Savage said: “My biggest goal is to make Africa proud. I’m so excited for this moment and I’m thankful to Sir Lucian Grainge and my new UMG family for their belief in my dreams.

“I’m looking forward to this next chapter in my career and I’m more ready than I have ever been.”

Adam Granite, EVP Market Development, Universal Music Group, added: “We are looking forward to partnering with Tiwa and her team to help her music reach new audiences around the world.

“As one of Africa’s most successful, influential and dynamic singer-songwriters, Tiwa has truly global ambitions and UMG is committed to help her in achieving them.”

Efe Ogbeni & Vannessa Amadi-Ogbonna of Stealth Management said: “We’re very proud to be a part of this ground-breaking partnership between Tiwa Savage and Universal Music Group.

“Tiwa is undoubtedly the most hardworking and talented female artist crossing over from Africa to the rest of the world, and UMG has demonstrated its commitment to the Continent by placing its formidable machinery behind her amazing career.

“Partnerships like these symbolise the hopes and dreams of so many talented artists back home in Africa and it is an honour to be the executive producers of her project.”