Speakers for the 2019 Africa Women’s Sports Summit have been announced. Organizers today officially released names of all five speakers for the event, which takes place on May 15... 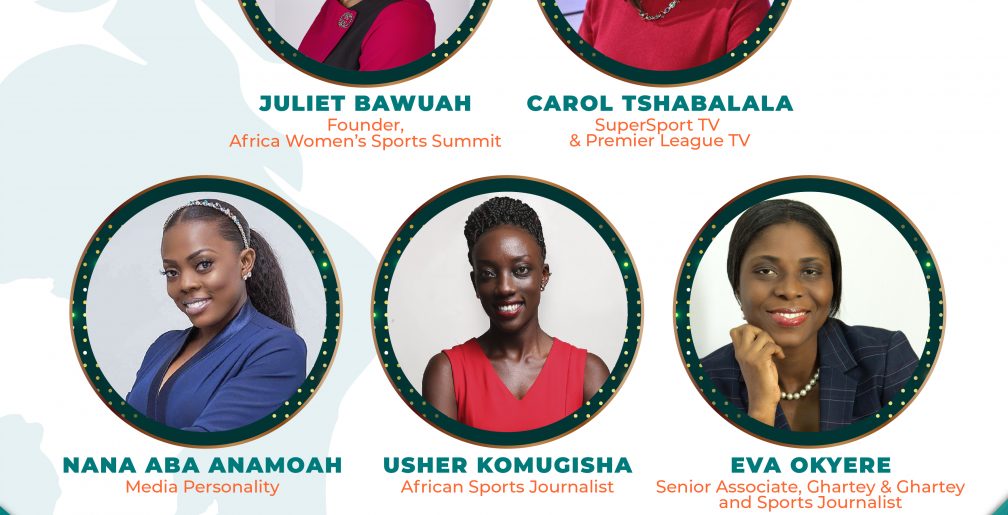 Speakers for the 2019 Africa Women’s Sports Summit have been announced.

Organizers today officially released names of all five speakers for the event, which takes place on May 15 at the Botsio Hall of the Swiss Spirit Alisa Hotel in Accra.

Juliet Bawuah, Founder of the Africa Women’s Sports Summit, is hosting four other leading names drawn from across Ghana, South Africa and Uganda. 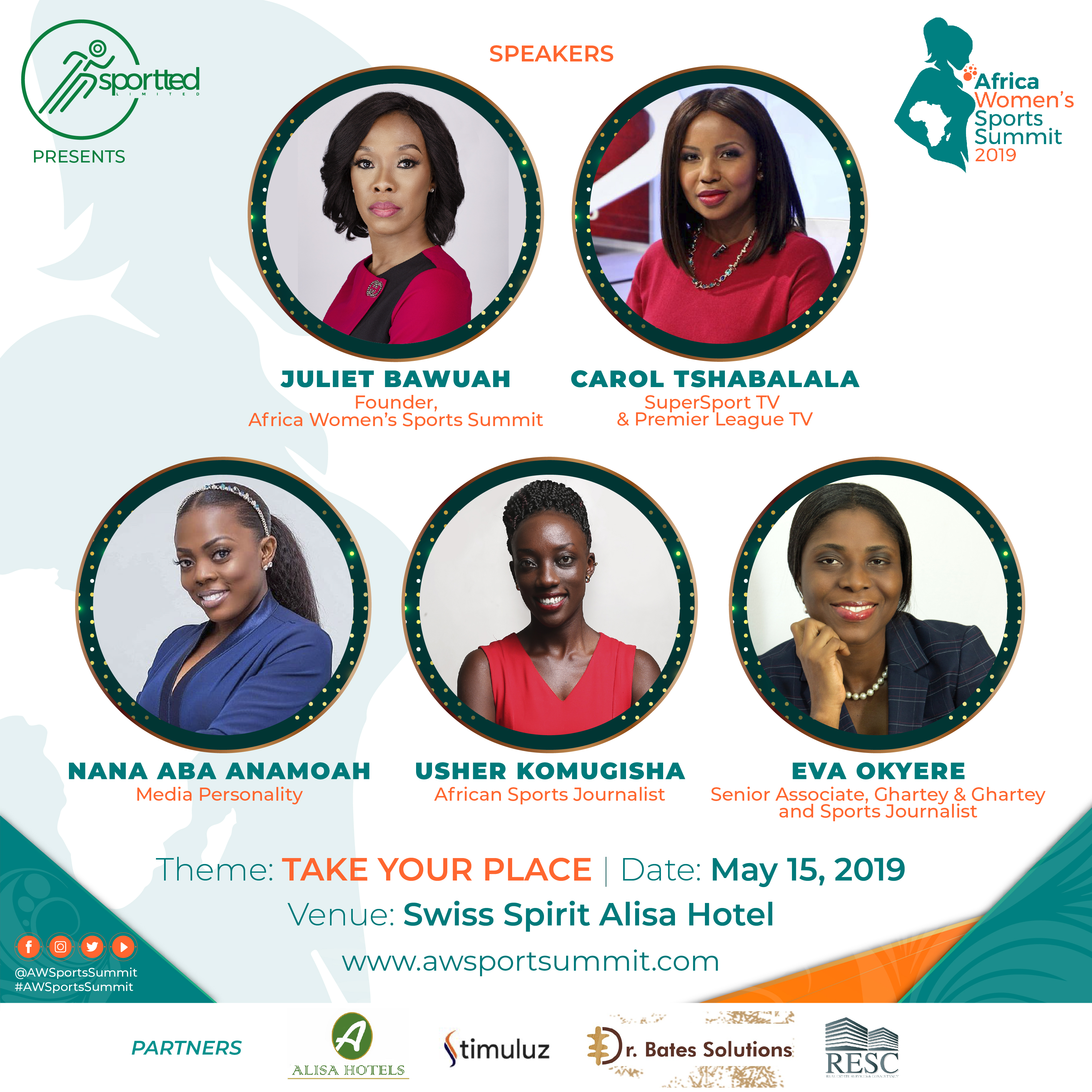 Africa Women’s Sports Summit host, Juliet Bawuah is a respected name in sports journalism in Ghana, having worked for a range of top Ghanaian media houses, including Citi FM and TV3. She was a senior sports journalist and anchor with international broadcaster Africanews and has corresponded for Goal.com and TRT World. Juliet has interviewed some of the biggest names in sports, including former World Player of the Year and current Liberia President George Weah, as well as FIFA President Gianni Infantino.

Carol Tshabalala is one of the most recognizable female sports broadcasters in the world. Before joining SuperSport in 2011, she spent 10 years with the South Africa Broadcasting Corporation (SABC). She has served as a flagship anchor for the coverage of many major football, rugby and boxing events, and also hosts live shows for IMG’s Premier League productions from London. The award-winning journalist is also a Voice Over Artist and MC. In 2011 she became the first and only African to host a FIFA Ballon d’Or ceremony.

Nana Aba Anamoah has been an iconic name in Ghanaian broadcasting for over 15 years. A multi-award winning news anchor and talk show host, she is currently News Editor at GH One TV, having previously worked at TV3 Network.

Usher Komugisha is a leading voice in female sports journalism on the continent. She serves as Uganda Correspondent for SuperSport (TV and digital) and freelances for The Guardian, BBC and NBA Africa. She previously served as the Communications Director of the Rwandan National Olympic Committee.

Eva Okyere is a Ghanaian Lawyer and Sports Journalist. She is acclaimed for her insightful and assertive analysis of major sporting news and events. She has served as Vice Chair of the Ghana Football Association’s Disciplinary Committee. Eva is currently a Senior Associate with Ghanaian law firm, Ghartey & Ghartey.

The maiden event will be held under the theme: “Take Your Place”, highlighting conversations about empowering young female sport Journalists and upcoming talents to lead and impact their communities.

The Pan-African event will take stock of the gains made so far by African women in sports, and offer a clear path to fill the gaps.

I will support a KOD MUSIGA presidential bid – D Black