Ghanaian rapper Edmond Ansah affectionately called Postaboy was outdoored last Saturday 13th April with a mega concert by his label Kri8 Music a subsidiary of Kri8 Koncept at the... 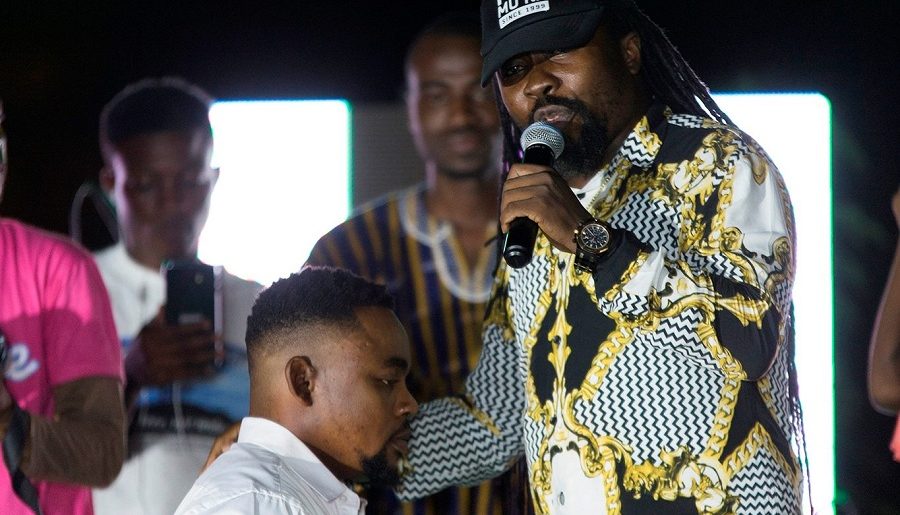 His distinctive style and music deftness has helped in unveiling his talent outside the shores of his vicinity. With just a song out in the public domain, Postaboy has carved a niche for himself with his fan base growing from strength to strength as the days go by.

Postaboy after years of perfecting his musical art launched his music career with music stars like Obrafour, Epixode, Article wan, Dada Hafco and many others in a grand style.

During the unveiling and the release of his first official singles: ‘’Wo Nantem’’ and ‘for girls’ produced by Wei ye Oteng, he surprised patrons with his energetic performance.

According to Postaboy, the entire event was mind-boggling because he never expected certain high profiled media men to show up.

“Everything looked like it wasn’t real. A Legend like Obrafour blessing me on stage was just unimaginable. I still can’t describe the love my people showed me. I know it’s the beginning of greatness,” he said.

He currently stays at Kasoa-Nyanyano with his parents where he has most of his fan base.

He is the third and last born of his parents: Mrs Stella Ansah and Mr Peter Kwamina Ansah.

He had his Senior Secondary School education at Swedru Senior High School (SWESCO) where he offered business since he had the ambition to be a businessman.

He advanced to the University of Cape Coast (UCC) and studied education. Postaboy is at National Lottery Authority (NLA), head office –Accra as National Service Personnel.

During his Junior High school days, he used to do Sarkodie and Obrafours rap and his seniors loved it and that gave him the impulse to do more as a young rapper. He took it to the next level and represented his school at rap competitions at the Senior high school level.

Postaboy’s love for music goes as far back as 10yrs ago but he decided to pursue his music aspirations in 2013.

Postaboy, a name given to him by friends based on the fact that he is seen all over, with the Connotations of a Poster: a piece of printed paper designed to be attached to a wall or vertical surface.

From a Christian background, Postaboy is a devotee and a member of the Methodist Church of Ghana.

The label’s task is to introduce Postaboy to the rest of Africa and the world. The relationship between the label and their artistes are not the usual management and artist relationship. It is more of a brotherhood/family relationship.

They are available to support any event theme or goal you can imagine. They are the professional event planners you can depend upon to create and manage your next celebration, marketing activation, trade show, or conference.

A special event coordinator is always on standby to offer you ideas and solutions for your event planning needs! Kri8 Koncept has what you need.

Kri8 Koncept are the organizers of the late Ebony Reigns one year concert held at the West Hills mall weeks ago.

Fimfim exposes the ‘forces’ in the music industry