If there was one tiny glimmer of consolation for Manchester United it was that they encountered Lionel Messi on one of those nights when he appeared to belong to a... 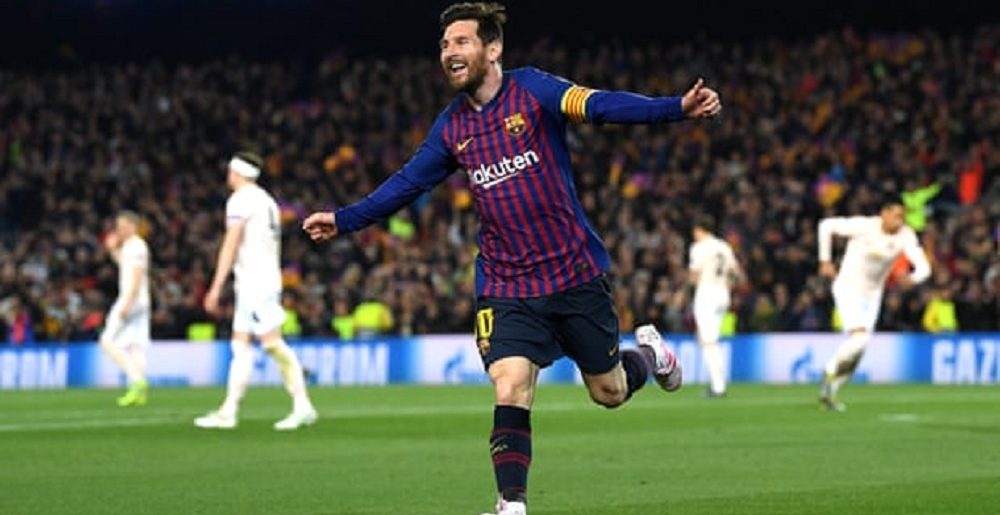 If there was one tiny glimmer of consolation for Manchester United it was that they encountered Lionel Messi on one of those nights when he appeared to belong to a different species. Messi loves the big occasion and, once again, he used the Champions League to provide yet more evidence for the already bulging portfolio that tells us nobody, not even Maradona, has ever taken football artistry to a higher level.

For United, it was simply too much. Lionel Messi versus Phil Jones? It was like watching a landscape artist comparing brush strokes with a painter and decorator. Yet in fairness to Jones, he was not the only one in United’s colours to suffer. David de Gea, for one, will remember this as a personal ordeal. It was a night, ultimately, that may hasten the process of Ole Gunner Solskjær constructing a new defence. But first and foremost it was also an occasion to cherish Messi, to be grateful the sport has him, and to hope that he plays for as long as he is capable of sprinkling this form of precious magic over football matches.

The only surprise, perhaps, was that the five-time Ballon d’Or winner did not contribute the game’s outstanding goal. That honour fell to Philippe Coutinho at a point of the game when United already looked well beaten. Though Messi, naturally, was involved in the buildup and the first of his two goals was pretty special, too. Even before we get to the overhead kick he tried in the second half. Or all those other occasions when he menaced his opponents and lit up the night with his speed, thought and movement.

If nothing else, Solskjær can at least comfort himself with the knowledge that we are talking here about a one-off. At the same time, it was a dispiriting night for United that left the clear impression there is a long way to go before they are capable of getting back to where a club of their ambitions want to be. Apart from the opening 10 minutes, there was a clear disparity between the two sides. Solskjær now has the task of trying to close that gap but this was the hard evidence that it is going to need major restoration work.

Unfortunately for United, it was also very much the case that Messi, now 31, was facing an obliging back-line here – and, at times, they played into his hands. That, more than anything, must have been the frustration for Solskjær during that four-minute spell in the first half when, realistically, all hope for United ebbed away. Twice his players were guilty of losing the ball inside their own half. It is a sin at any level, but you simply cannot do that when the opposition has a guy in the No 10 shirt who gives the impression he is merely visiting this planet.

It was certainly difficult to know which was the more exquisite moment on that slalom through United’s defence: the close-range nutmeg to take Fred out of the equation or the body movement that sent Jones completely the wrong way. Jones, United’s gloriously accident-prone centre-half, had a bandage wrapped round his head even before the game started. Very soon the poor chap looked in need of smelling salts. Messi had veered infield, right to left and parallel with the edge of the box, until he had the ball just where he wanted it, pulling back his left foot and scoring with an elegant finish from just outside the penalty area.

His second goal came from his right foot, though he looked as surprised as anyone when De Gea let it beat him, and that could conceivably have wrapped up a nine-minute hat-trick were it not for the German referee, Felix Brych, deciding he was mistaken to award a penalty for Fred’s challenge on Rakitic after a VAR check.

At that stage United’s supporters in the most vertiginous tiers of this cavernous old bowl might actually have felt encouraged by the way their team had set off. Jesse Lingard, in particular, was finding space in a central role, running from deep, between Marcus Rashford and Anthony Martial. Scott McTominay, Fred and Paul Pogba were quick to support the front three and Rashford had a glorious chance inside the opening minute to change the complexion of the evening. No Barça player had even touched the ball at that point. Rashford’s shot skimmed the crossbar and with the stakes so high, United really needed him to score.