Watch live a night of glitz at the plush Labadi Beach Hotel where nine distinguished women will be honoured for their achievements in their various fields of endeavour. This... 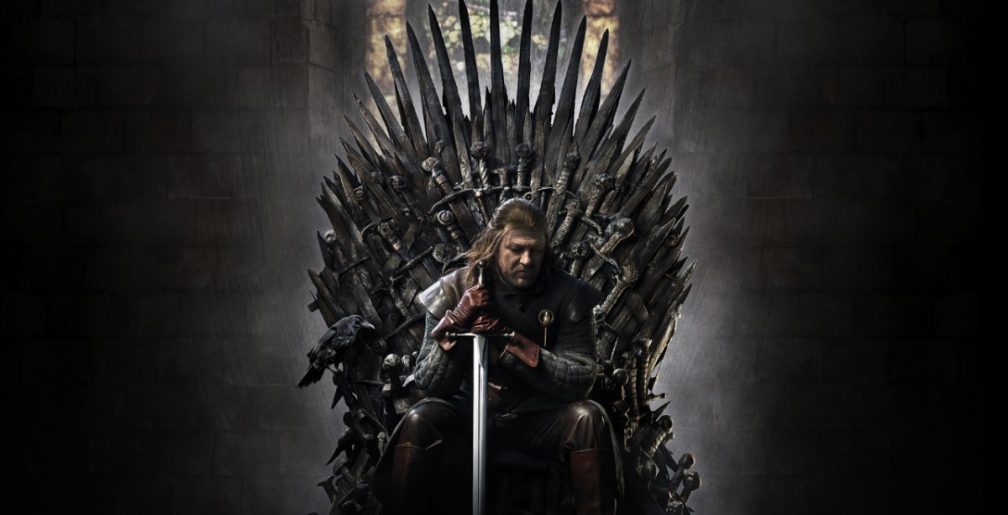 Watch live a night of glitz at the plush Labadi Beach Hotel where nine distinguished women will be honoured for their achievements in their various fields of endeavour. This initiative seeks to honour and promote women in different fields who have dedicated themselves to a life of excellence in setting the pace to make Ghana a better place.

Summers span decades, winters can last a lifetime and the struggle for survival- and the Iron Throne begins in the final season of the critically acclaimed worldwide phenomenon.

Scott Foley (The Fixer) stars in this action-packed spy drama, following the adventures of a charming FBI agent and his new partner – a no-nonsense CIA operative.

This series follows New Yorker Dan Ribacoff, a deception expert, as he encourages his clients to reveal their true feelings on their relation­ships. With statistics indicating that 80 percent of people lie in relationships, this show aims to settle differences using Ribacoff’s expertise and a polygraph. Also known as `The Human Lie Detector’, Ribacoff unites current couples, exes and singletons and asks them to answer 20 questions, designed to give them the answers they have been seeking. For some, the process might save their relationship, while for others it can give them the opportunity to have that honest conversation they need for closure.

53 Extra is Africa’s premiere lifestyle show. Tune in for fashion, travel, food, décor, music and movies from across our continent.

Revenge, war, duty, honor, love, lust and destiny are the order of the day, as the people of Ocholuje learn to survive after uncovering some bitter truths once buried in the past

Weekdays at 6:30pm on African Showcase

Don’t miss Nigeria’s most successful soap opera, Tinsel. Set in the glamorous and fast paced world of film making. This tale is a combination of drama, intrigue, romance, deception, betrayal as well as triumph.

With a stellar cast that will have you love to hate them.

Thursday 11 April at 1:45pm on Nickelodeon

When cousins Ivy and Stuart find themselves living under the same roof they learn that they are better together, and when they team up, they are unstoppable.

When three children find an egg-shaped time machine, their curiosity gets the better of them. They accidentally turn the contraption on and find themselves millions of years in the past. What’s more, they’ve landed right in the middle of a dinosaur’s nest of eggs, and the mother T-Rex is right there staring at them. Fortunately for the children, she thinks they’re family, not food. However, they only have until the real eggs hatch to find a way back to their own time.

Saturday 13 April at 9:25am onCartoon Network

This April on Cartoon Network, Yo-Kai Watch is coming back with a brand-new season! Things are going to get a lot stranger for Nate thanks to the mythical and mischievous Yo-kai. From epic pranks, crazy dreams, and embarrassing moments, we’re sure that between loving and hating them, you’ll have a lot to laugh about. Especially when you realise that you should think twice before wishing for your own Yo-kai! Brace yourself for more fun with the new season of Yo-Kai Watch premiering on 13 April.

This fun-filled show features two 13-year-old up and coming musicians, Paige and Frankie, who write and perform comedic songs about their everyday lives.

In a terrifying post-apocalyptic world inhabited by murderous gangs divided into deadly factions, Nina and Mark race desperately across the lawless countryside in search of safety. As one depraved group narrows their search for the couple, they must work together as they are pushed to the breaking point to survive.

A group of professional killers wake up as they’re in free fall, plummeting towards the surface of an unknown jungle, struggling to pull the ripcords on parachutes they didn’t even know they were wearing. On landing, they notice signs that they are in a very different kind of jungle: the four moons in the sky, the unmoving sun, the massive game beasts, and the invisible creatures stalking their every move. Where are they, how did they get to this jungle, and why were they chosen? What we do know: there will be guns, blood and tank tops galore. Starring Adrien Brody, Topher Grace and Danny Trejo, as well as an early-days Mahershala Ali

Kate is a single, working-class mother of three who’s hired to clean a luxury yacht that belongs to Leonardo — a selfish, spoiled and wealthy Mexican playboy. After unjustly firing Kate, Leonardo falls off the boat and wakes up with no memory of who he is. To get payback, Kate shows up at the hospital and convinces the confused amnesiac that they’re married. As Leonardo tries to get used to manual labor and his new family, Kate starts to wonder how long she can keep fooling her fake husband.

Tuesday 16 April at 6pm on TNT

After getting a green card in exchange for assassinating a Cuban government official, Tony Montana (Al Pacino) stakes a claim on the drug trade in Miami. Viciously murdering anyone who stands in his way, Tony eventually becomes the biggest drug lord in the state, controlling nearly all the cocaine that comes through Miami. But increased pressure from the police, wars with Colombian drug cartels and his own drug-fueled paranoia serve to fuel the flames of his eventual downfall.

Weekdays at 5pm on Zee World

This month on This is Fate, The Luthra family are celebrating the wedding anniversary between Rakhi and Mahesh while Karan, Shristi and Preeta are planning an investigation at Sherlin’s house.

Weekdays at 7pm on Zee World

Mehek navigates love and life with the help of her aunt, Kanta, who raised her since childhood. Norah and her family navigate life in India away from their home in Africa. Kanta tries to get Mehek married off to Ajay, whose scheming mother is making things difficult for Mehek’s family. Things look up for Norah as she satrts making friends.

Friday 12 April at 8pm on Telemundo

Diego demands, out of jealousy, that Isabel resign from her job at Babel. Meanwhile, Salas kills the hitman sent by Joselito to kill Eliseo.

The Bold and the Beautiful

Set in Los Angeles, this popular soap opera captures the story of the Forrester household, one that is all fashion and glamour. Eric Forrester and Stephanie Douglas combine their fashion creativity and business acumen to establish their empire, Forrester Creations, and gain worldwide recognition for their upscale men and women’s fashion. But their wealth and fame can only hide betrayals in the family for so long.

Serie A: SPAL vs. Juventus

Dzidu to host Easter beach jam at Aflao on April 21