Stonebwoy has won the award for the most streamed artiste on the streaming service Boomplay for 2018. The announcement was made at the second edition of the 3Music Awards... 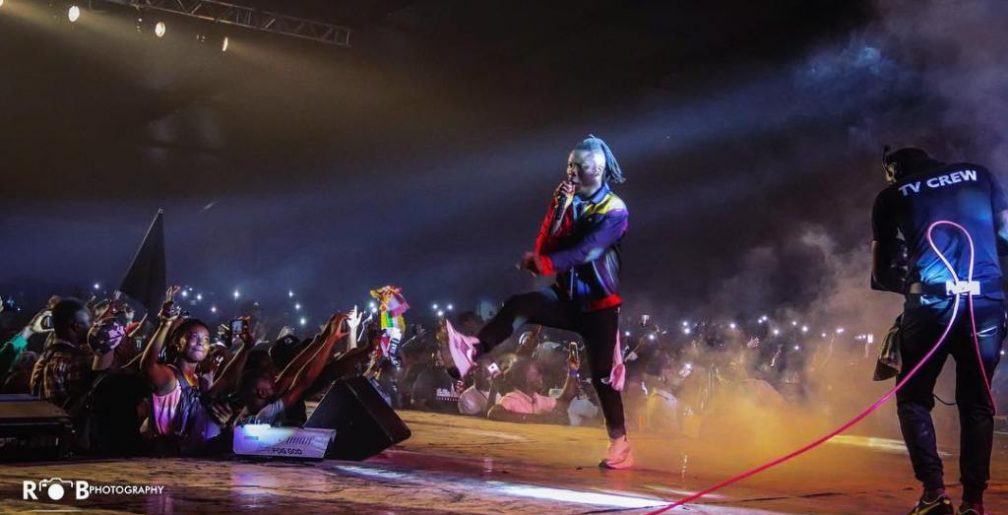 Stonebwoy has won the award for the most streamed artiste on the streaming service Boomplay for 2018.

The announcement was made at the second edition of the 3Music Awards held at the Fantasy Dome of the Accra International Trade Fair last night.

A significant achievement for the young Ghanaian act, it came on the back of two important deals by the Transsnet-owned company with Universal Music and Warner, offering its users unrivalled access to a huge catalogue of music.

Boomplay says its vision is to build the largest and most reliable digital music ecosystem for artistes and content creators in Africa. The Boomplay app which won the “Best African App” at the 2017 “AppsAfrica Awards” has over 42 million users as of February, 2019.

It is currently the biggest and fastest growing music app in Africa with a catalogue of 5 million songs and videos which is still growing day by day. Users can stream songs and videos online free of charge, subscribe to one of the daily, weekly or monthly plans to save songs and videos to play whilst offline or purchase content to download. The service is currently available on Android, iOS and Web.

Boomplay aims to build the largest and most sustainable digital music ecosystem for artistes and content providers in Africa.

Although concentrating primarily on African local and urban music content, its diverse music catalogue makes Boomplay Music a global music app. You can sign up to the app via your mobile number or your frequently used social network accounts like Facebook, Twitter and Google.

The app was first launched in Nigeria in 2015. The expansion was gradual as the success was notable and expansion to East Africa was the next step.

In August 2016, the Kenya office was opened and an Operations team put in place to build the foundation of the business in the region.

In April 2017, the Tanzania office was introduced to the region, and the team is working hand in hand with the industry players to create awareness of the brand to the content providers, artists and users.

In April 2018, the Ghana office was opened with the operations team set-up to sensitize artistes and music lovers alike in order to build a foundation for the business in the country.