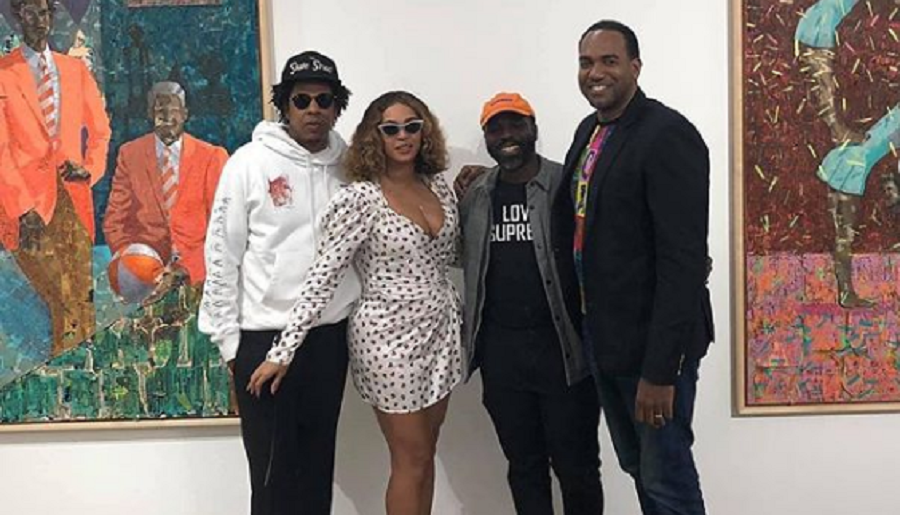 On Saturday, February 16, the couple visited the Night Gallery, Los Angeles, United States of America to view the latest works of Fordjour, once referred to as ‘The Jay Z of The Art world’ in a FORBES feature article.

Fordjour was born to Ghanaian parents in 1974 in Memphis, Tennessee, United States of America. He is an interdisciplinary artist who works in video/film, sculpture and painting.

He is a graduate of Morehouse College in Atlanta Georgia, earned a Master’s Degree in Art Education from Harvard University and an MFA in painting at Hunter College.

He was recently a resident of the 2017 Sharpe Walentas Studio Program in New York City and awarded the 2018 Deutsche Bank NYFA Fellowship Award.

In September 2018, the Whitney Museum presented a public billboard installation by the artist as part of the museum’s Out of the Box programming.

His work has been reviewed in The New York Times, The Los Angeles Times, Hyperallergic and Brooklyn Rail. He has also been featured in several publications including Forbes Magazine, ESPN’s The Undefeated and VICE Creators.

Fordjour frequently serves as a Visiting Critic and Lecturer, most recently at Yale University School of Art and The Cooper Union.

His work also appears in several collections throughout the US and Europe including JP Morgan Chase collection and Dallas Museum of Art.

All set for #LiveDetox4 Health Walk on Saturday February 23