hanaian giants Hearts of Oak have sealed a mouth-watering apparel sponsorship deal with giants sportswear brand Umbro, in an agreement which marks the largest commercial deal in the club’s history,... 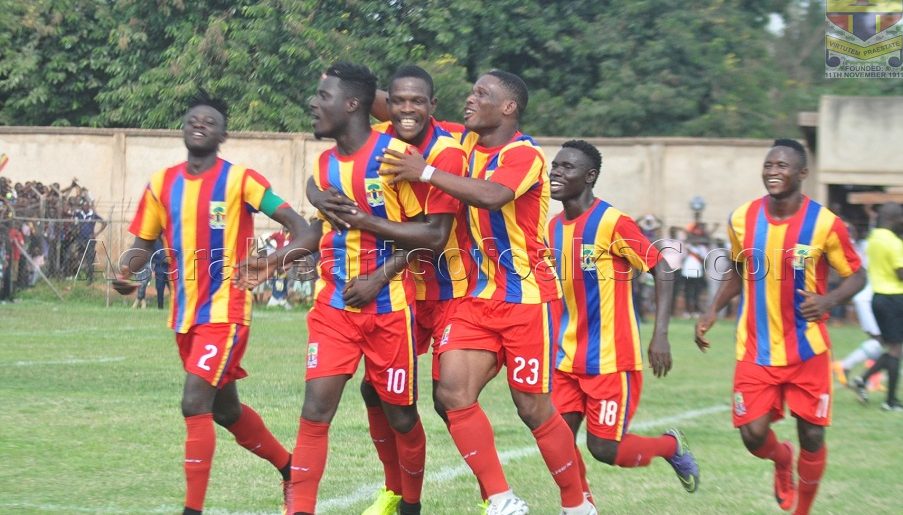 hanaian giants Hearts of Oak have sealed a mouth-watering apparel sponsorship deal with giants sportswear brand Umbro, in an agreement which marks the largest commercial deal in the club’s history, GHANAsoccernet.com can confirm.

Umbro will provide the Accra club’s kit from the 2018-19 season.

The latest deal is a feather in the cap of chief executive Mark Noonan, who is on a mission to re-brand the former African champions.

The Ghanaian powerhouse joins an exclusive list of clubs including Everton, Huddersfield Town, Werder Bremen and FC Nürnberg who are being kitted by the English sportswear and football equipment supplier.

Though there have been no confirmation of cash figures, GHANAsoccernet.com understands that it the largest commercial deal in the club’s history.

“Umbro is pleased to announce a new long-term partnership agreement with Accra Hearts of Oak, one of Africa’s oldest and most decorated football clubs,” an email from Umbro sent to GHANAsoccernet.com read on Monday

“The brands were seemingly meant to be together as they can both trace history back to Manchester, UK in the early 1900’s. When Hearts of Oak launched its first-ever rainbow kits in 1917, they were sourced from a manufacturer in the famed English city. These rainbow colours have become synonymous with the “Phobia” over the years, creating one of the most unique and recognisable club identities on the Continent. Umbro, of course, was founded in the outskirts of Manchester in 1924, and has since grown in to one of the world’s leading football brands.

“As part of the partnership, Umbro will be the exclusive global technical partnerof the Club,supplying the Hearts playing squad with best-in-class authentic competition wear, training apparel and equipment, off field apparel, footwear and luggage. Umbro will also supply the technical and management staff with Hearts’ branded apparel. Hearts of Oak products will also be available for fans to purchase.

Hearts chief executive Mark Noonan said it was an “incredibly exciting and important deal” for the club.

“We are thrilled to welcome Umbro in to our family.  A brand with a rich history and authenticity, premium product quality, cutting edge designs and love for the beautiful game makes them the perfect fit for our highest ambitions. I urge Phobians everywhere to embrace and give their full support to this partnership.”

The Phobians marked their 107 anniversary with a 2-1 defeat to Inter Allies on Sunday.