A deputy Minister of Justice and Attorney-General (A-G), Joseph Dindiock Kpemka, has revealed that the Criminal Investigations Department (CID) of the Ghana Police Service has concluded its investigations into... 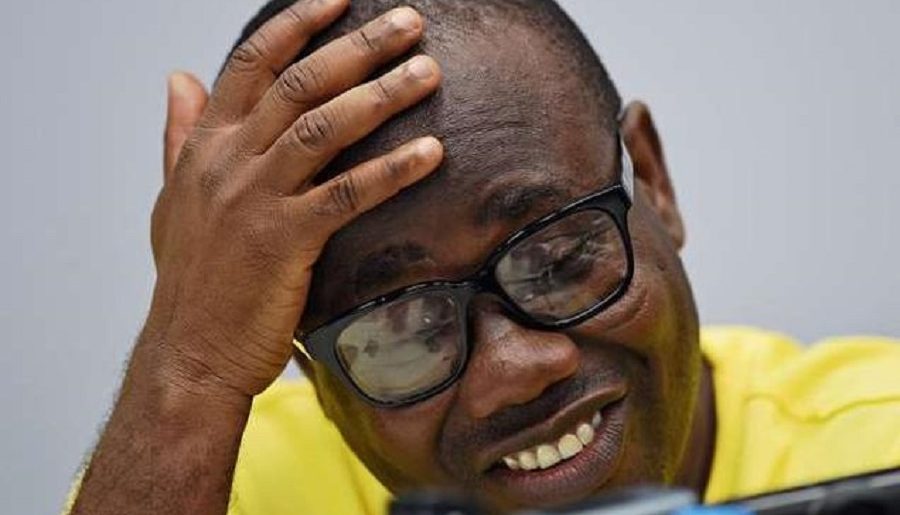 A deputy Minister of Justice and Attorney-General (A-G), Joseph Dindiock Kpemka, has revealed that the Criminal Investigations Department (CID) of the Ghana Police Service has concluded its investigations into the Number 12 exposé which has the former President of the Ghana Football Association (GFA), Kwasi Nyantakyi at the center of the controversy.

The docket containing the evidence or otherwise, he noted, is ready to be submitted to the Attorney-General’s office either on Thursday or Friday, November 2, 2018.

Upon receipt of the docket, the A-G will act on it and will let the public know whatever action that the government will take on the case, he underscored.

“What we are going to do and what we are doing in respect of the matter is the fact that the CID did investigations into the case. They have gathered their evidence – the facts and the necessary documentations and as I speak with you, I can tell you on authority that they have confirmed that they are done with their investigations and they are forwarding their documents to us sometime today or tomorrow”.

“So, all these while, I can tell you that there was no documentary evidence of whatever form of the investigative body to our office for us to look at whether to prosecute or not. So, the cries people were making that we had delayed were misplaced because the documents hadn’t been forwarded to us”, noted Mr. Kpemka.

Mr. Kpemka who is also the Member of Parliament for Tempane constituency in the Upper East Region made this observation in an interview with kasapafmonline.com on the sidelines of Parliamentary sitting, Thursday, November 1, 2018.

Commenting further, he said once the docket on the matter is received; the A-G will review it with a legal eye and advise on the appropriate charges that should be applied if there is any evidence of wrongdoing against former GFA President.

“If we come to the conclusion that an offense has been committed by reviewing it legally, then the public will actually know what is going on.

When we receive the file, we will review it with a legal eye and of course we are not reviewing it to satisfy public anger, we are reviewing it to satisfy our constitutional mandate because we are not going to engage in persecutorial mission. We are going to engage in prosecutorial mission as and when the need arises and that is upon a review and legal analysis of what is going to be submitted to us today or tomorrow as the CID indicated. The government and the Attorney-General led by Madam Gloria Akufo have never shed their responsibility”, he explained.

Responding to the Minority in Parliament’s accusation of attempts by the government to cover up Mr. Nyantakyi, Kpemka said “I dismiss it as denial falsehood. They [Minority] have no substance to back up what they are saying. To say that it is a cover up will mean that it is a deliberate orchestration on the part of the government and they have no shred of evidence to back that. All that they are saying is to throw things which I will refer to as cries of the minority without basis or whatsoever”.

He added “Because if you say there is a cover up then you have to prove it with cogent evidence that indeed there is a cover up. There is no cover up. His Excellency the President if he wanted to cover it will not have directed the CID to investigate the matter in the first place as the Chief Executive of the country. And we at the Attorney-General’s Department will never ever cover up any person”.

Leicester City’s Amartey to be sidelined for four months

“Menzgold is here to stay”… founder to address customers on Monday