The African Player of the Month is Sassuolo’s Ghanaian attacker Kevin-Prince Boateng. The 31-year-old has often been a controversial figure, but in recent seasons he has matured into a... 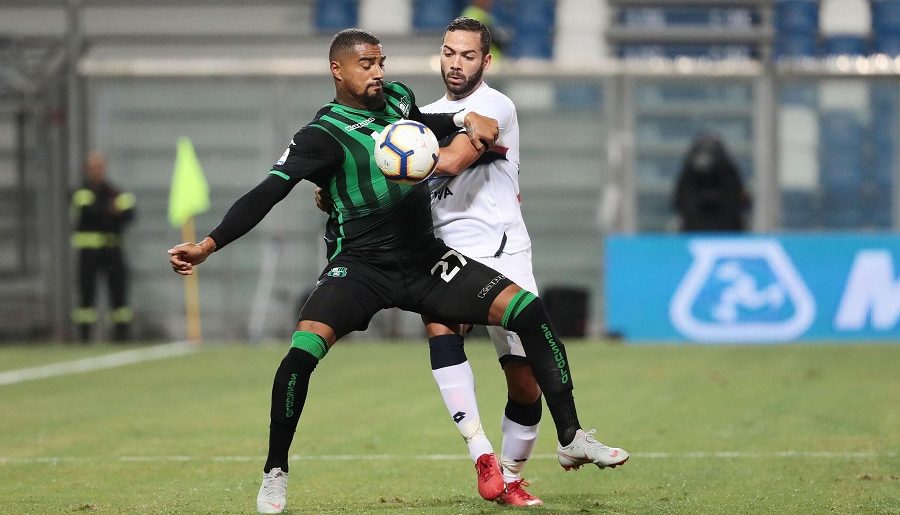 The African Player of the Month is Sassuolo’s Ghanaian attacker Kevin-Prince Boateng.

The 31-year-old has often been a controversial figure, but in recent seasons he has matured into a consistently excellent performer in Europe’s top leagues and his return to Serie A with Sassuolo has been an unqualified success thus far.

In the past month he has scored three goals in four Serie A appearances for the Green and Black, helping them reach the Champions League places by the end of the fifth round.

Remaining that high up the table is probably an unrealistic proposition for the African-laden team (they can also call on the likes of Alfred Duncan, Jeremie Boga and KhoumaBabacar), but for now at least they – and Boateng in particular deserve immense credit for their strong showing in Italy’s top flight.

There have even been calls for Ghana national team coach James Kwesi Appiah to recall Boateng to the Black Stars despite the pair having a major falling out at the 2014 World Cup. The attacker has not featured for the West African country since their disastrous showing in the Brazil finals.

“It’s time for Kevin-Prince Boateng to be given a national team call-up due to his form at Sassuolo,” former Ghana international Solar Ayew told Aseda FM, as quoted by Modern Ghana. “Even though he has been absent from the Black Stars for a while, Kwesi Appiah should be courageous enough to invite him.”

Boateng has also impressed off the field, with his mature assessment of the comparison between superstars Cristiano Ronaldo and Lionel Messi making headlines in the past week.

“For young people who are football players, Ronaldo should be the best in the world. He is the best example to look at because he trains to the fullest and has talent,” the Ghanaian said in regard to the Portuguese, who now finds himself at Juventus.

“In what transcends this world, the best is Messi, because he is incredible, he does things that nobody can do. I do not see him in this world. Ronaldo dominates this world and Messi is above everything else.”

Other African stars who have performed strongly include Sadio Mane, who has moved out of the shadow cast by Egyptian Mohamed Salah to be Liverpool’s key attacking player in recent weeks, while Mubarak Wakaso’s consistency has helped Deportivo Alaves perform beyond all expectations in La Liga, helping them reach the dizzying heights of third place at the time of writing.