Girl Code is a tertiary tour focused on inspiring young ladies through conversations that cuts across education, relationships, health, spirituality and career development. 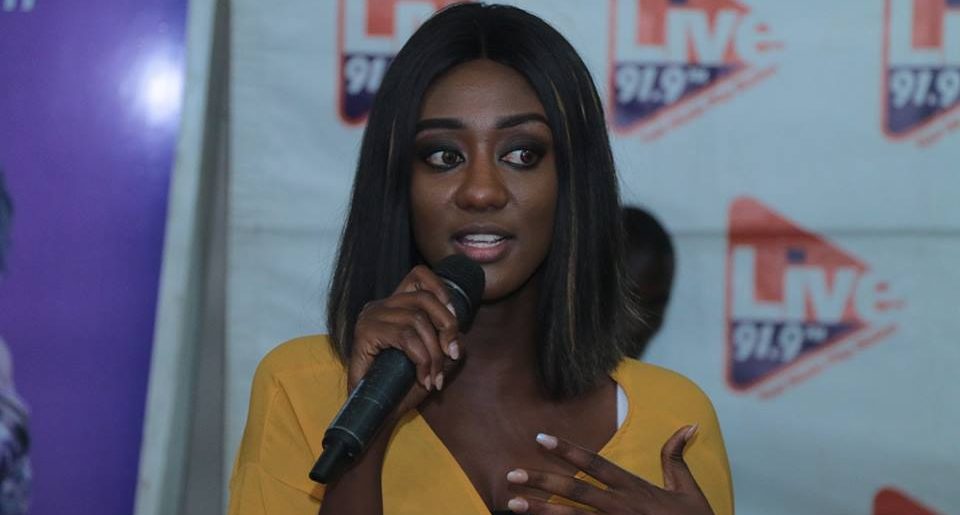 The first edition of the new season of women empowerment initiative ‘Girl Code’ will start at the University of Ghana, Legon.

The first of a series of campus tours over the next 12 months will be held at the Jubilee Hall forecourt of the nation’s premier tertiary institution on Thursday, September 27, 2018 at 6pm.

Organizers say they are “taking things up a notch” in igniting “the dreams of young ladies in tertiary institutions” by “giving practical knowledge based on experiences of our speakers.”

A student each from the 10 universities to be toured would win a prize start up package including airtime from LIVE 91.9 FM and products from sponsors.

Girl Code is a tertiary tour focused on inspiring young ladies through conversations that cuts across education, relationships, health, spirituality and career development.

The theme for Girl Code season three is “Igniting Dreams.”

‘Girl Code’ is sponsored by BF Suma, and powered by LIVE 91.9 FM, Your Music PlayStation. 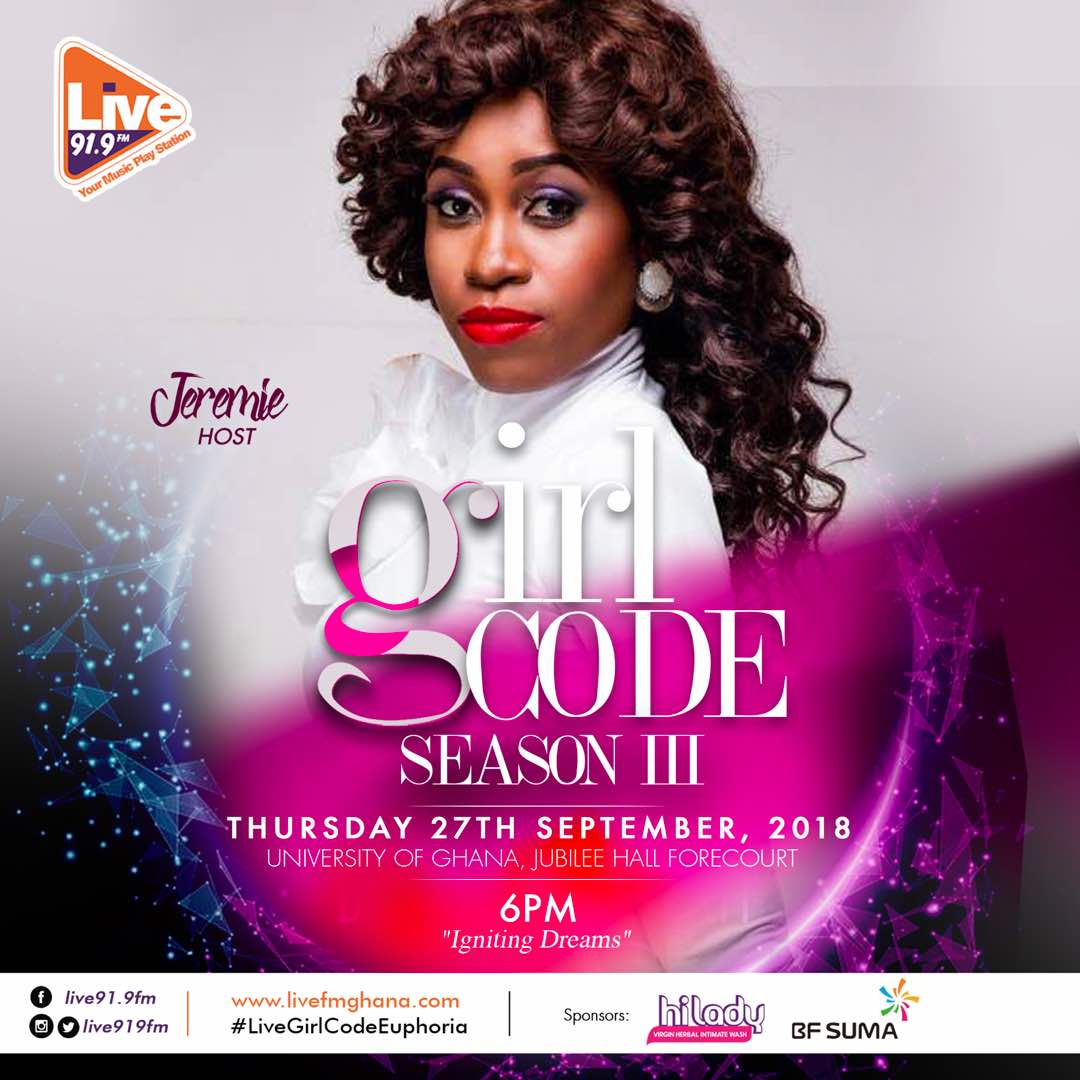 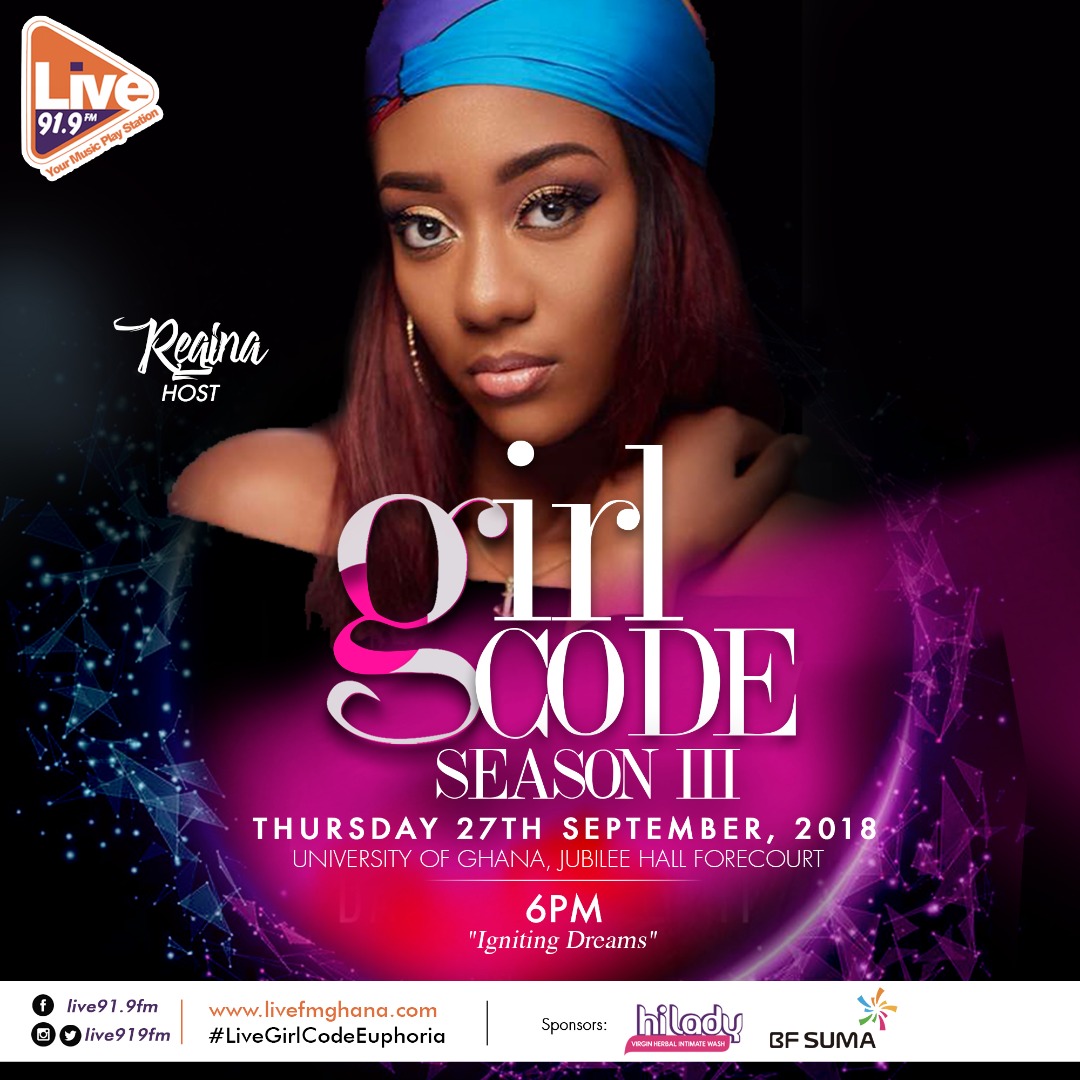