Eminem has responded to Machine Gun Kelly with a scathing diss track, “Killshot,” in which he blasts the Cleveland rapper for his inferior album sales, his man bun, and more. Here’s a... 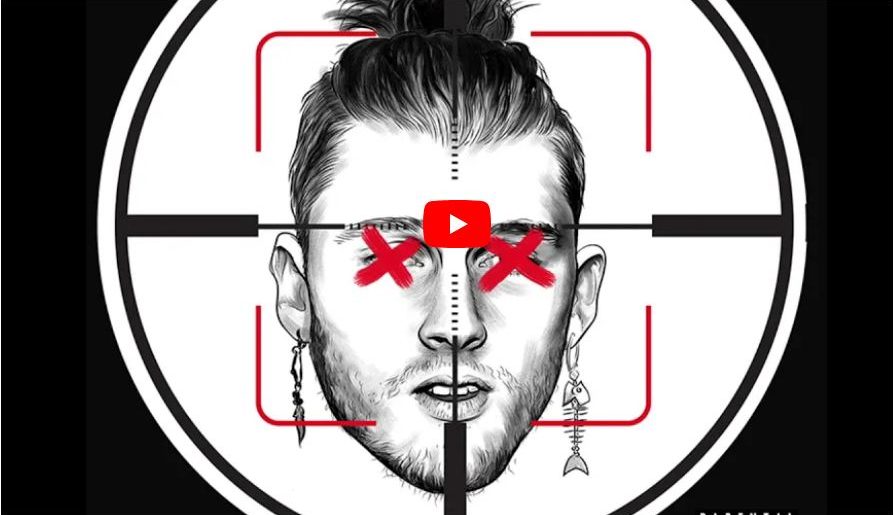 Eminem has responded to Machine Gun Kelly with a scathing diss track, “Killshot,” in which he blasts the Cleveland rapper for his inferior album sales, his man bun, and more.

Here’s a lyrical preview of the diss:

Here’s that autograph for your daughter, I wrote it on a Starter cap
Stan, Stan, son, listen, man, dad isn’t mad
But how you gonna name yourself after a damn gun and have a man bun?
[…] Your reply got the crowd yelling, “Woo”
So before you die let’s see who can out-petty who
With your corny rhymes
Ow, Kelly, ooh, but I’m 45 and I’m still outselling you
By 29 I had three albums that had blew

The feud between the two rappers stems all the way back to 2012, when MGK called Em’s then-16-year-old daughter, Hailie, “hot as fuck.” MGK has since accused Eminem of attempting to blackball him over the tweet. He reiterated this claim in his newly-released diss record “Rap Devil”—a response to Em’s Kamikaze track “Not Alike.”

“Mad about something I said in 2012/Took you six years and a surprise album just to come with a diss,” MGK rapped.

Weeks after “Rap Devil” dropped, Eminem addressed the ongoing beef during an exclusive sit-down with Sway. The Detroit rapper revealed he went after MGK not because he made comments about Hailie, but because he accused him of trying to mess with his career.

“The reason that I dissed him is because he got on—first he said, ‘I’m the greatest rapper alive since my favorite rapper banned me from Shade 45,’ or whatever he said, right? Like I’m trying to hinder his career. I don’t give a fuck about your career. You think I actually fuckin’ think about you? You know how many fuckin’ rappers that are better than you? You’re not even in the fuckin’ conversation.”

Eminem went on to explain that he wasn’t sure how he would handle MGK going forward. He told Sway he felt it was necessary to respond, but was hesitant to give the rapper any more publicity.

“Now I’m in this fuckin’ weird thing, because I’m like, ‘I gotta answer this motherfucker,'” he said. “And every time I do that, it makes that person—as ‘irrelevant’ as people say I am in hip-hop—I make them bigger by getting into this thing, where I’m like, ‘I want to destroy him. But I also don’t want to make him bigger.’ You know what I’m saying? ‘Because now you’re a fucking enemy’ […] I’ll leave it at that. I’m not sure exactly what I’m going to do at this point right now.”

“Killshot” also includes a line about Diddy’s alleged involvement in one of hip-hop’s most mysterious murders: “The day you put out a hit is the day that Diddy admits that he put the hit out that got Pac killed.” Though it’s a bold line, Em later clarifies it was a joke: “Oh, and I’m just kidding, Diddy. You know I love you,” he states at the end.

Eminem dropped the record on YouTube as well as a Audiomack, marking the first time he’s ever uploaded a song to the free streaming site.