Kenya are sweating over the fitness of Tottenham Hotspur midfielder Victor Wanyama ahead of Saturday’s 2019 Africa Cup of Nations Group F qualifier against Ghana. Wanyama, who is the... 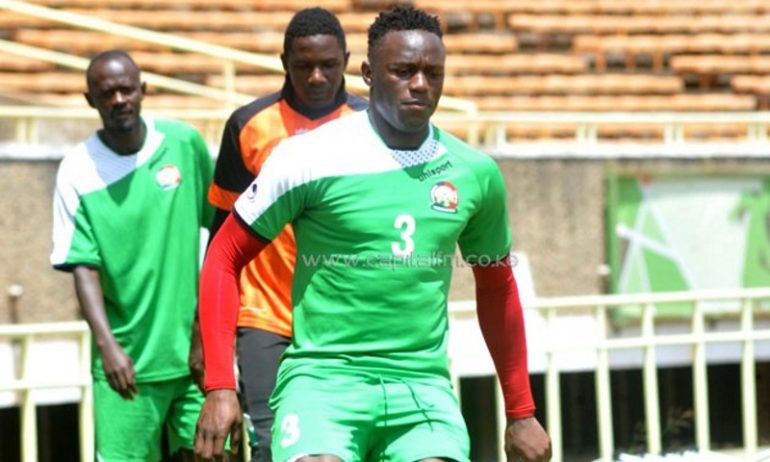 Kenya are sweating over the fitness of Tottenham Hotspur midfielder Victor Wanyama ahead of Saturday’s 2019 Africa Cup of Nations Group F qualifier against Ghana.

Wanyama, who is the Harambee Stars captain, was included in the 38-man provisional squad by head coach Sébastien Migné barely two weeks after suffering a recurrence of a knee injury in Spurs’ pre-season tour early last month in USA.

Kenya desperately need Wanyama to be fit  as they seek for their  first victory after falling 2-1 to Sierra Leone in the first round clash in June last year.”

Local-based players started reporting to their residential training at Utalii Grounds yesterday and will be joined by their foreign-based counterparts today.

But having resumed training ahead of his English Premier League side’s 3-0 away victory over Manchester United last Monday, Football Kenya Federation Communications Manager Barry Otieno is hopeful Wanyama will be available for the Black Stars duel.

“Of course we all know what it means to have Wanyama (Victor) in the team, but the decision remains with the coach and doctors to assess if he is ready.   He has resumed training and we are hopeful he will be available for the match Ghana match,” Otieno told Standard Sports.

The official revealed that both medical teams (Tottenham and Kenya) have been in contact and the decision made would be for the interest of the former Southampton man.

“We made the request to Tottenham Spurs to have him even before he got injured. Usually, call-ups are made as a standard procedure, so that the club knows we have an intention of using the player. And since he has resumed training, we will have to wait for a clearance from the medical team and an assessment from the coach,” said Otieno.

“Both medical staff from Tottenham and Kenya are in discussion over his situation. But the decision will be for the interest of the player.”

Ghana, who thrashed Ethiopia 5-0 in their opening match, are expected in the country on Thursday. Ëverything is set for the match. Ghana have informed us that they will be flying in on Thursday,” said Otieno.

Pressuring people to marry “not the best” – Sarkodie