As one of the biggest platforms in the world, from 1984 TEDx has provided an unquestionable platform for people to share ideas on varying topics relating to Technology, Entertainment... 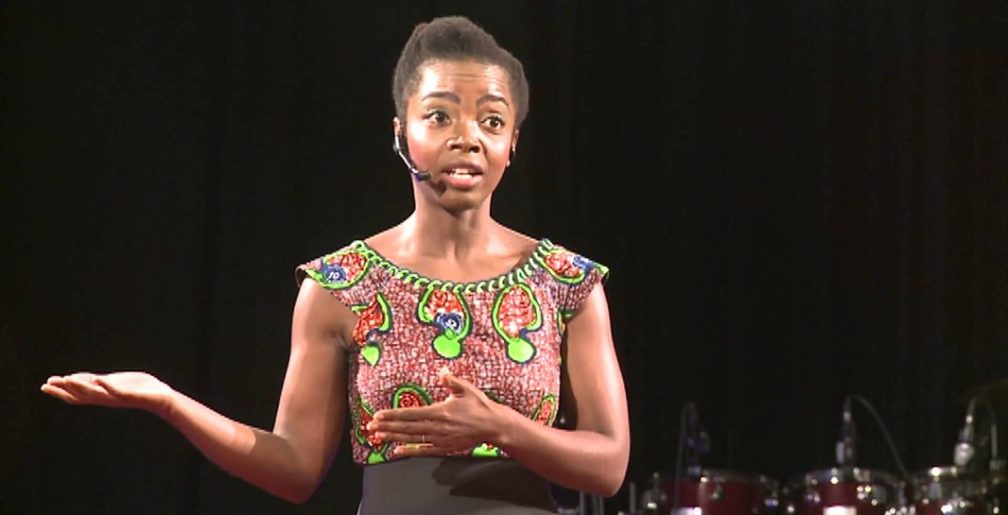 As one of the biggest platforms in the world, from 1984 TEDx has provided an unquestionable platform for people to share ideas on varying topics relating to Technology, Entertainment and Design amongst others.

Across the world, Ghanaians blazing diverse trails have also been engaged on such platforms, and in this article I researched to uncover the ones who have had the most impact on viewers & followers of TED.

In my research, I discovered, Ghanaians have had privileged opportunities to speak at some of the biggest TED platforms in Europe, America, and Africa. Out of the 10 videos outlined below, delivered by 6 men and 4 women 5 were delivered at TED’s annual conference dubbed TEDGlobal, 2 at TEDxAccra, 1 each at TEDxLabone, TEDxBrixton and TEDxEuston. 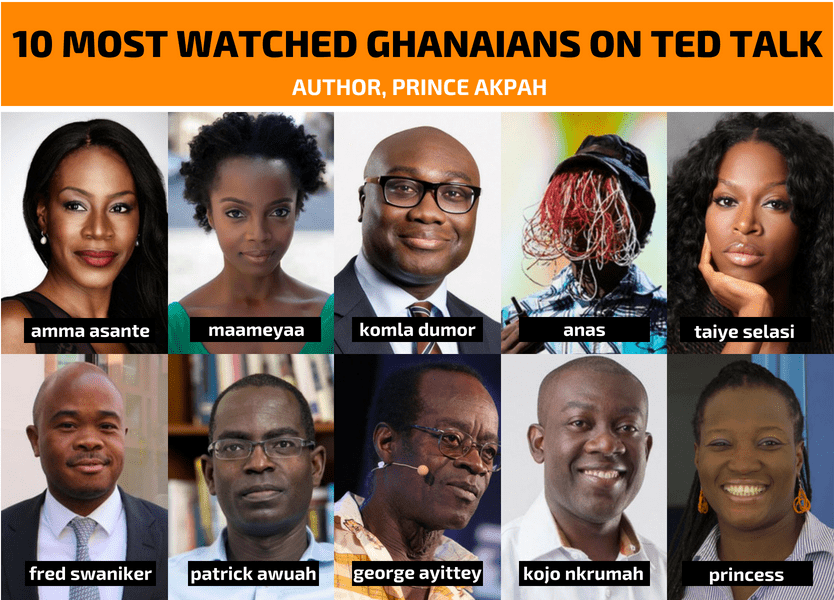 Together, the following 10 videos have amassed total viewership of over 2.2 million.

Local TEDx platforms such as TedxAccra, TedxUniversityofGhana, TedxKnust, TedxAfariwa, TedxAdum, TEDxLabone all deserve some commendation for providing the opportunity for Ghanaians to be inspired, network and deliberate on how to make Ghana a better place.

The power of defining yourself| TEDxBrixton

Amma Asante MBE is a multiple award-winning Ghanaian-British screenwriter, film director, and former actress. She wrote and directed A Way of Life in 2004. Her second film as a director was Belle in 2013 and in 2016 she released A UNITED KINGDOM.

Being the real me without apology | TEDxAccra

MaameYaa Boafo is a Ghanaian actress who received her MFA in Acting from the Mason Gross School of Arts. She has played roles in Hamlet, Comedy of Errors, LIFT, Asa, Bus Nut & Madam Secretary. Ms Boafo also leads the cast of An African City, the international hit web series that is “Africa’s answer to Sex & the City”.

Komla Afeke Dumor was a Ghanaian journalist who worked for BBC World News and was the main presenter of its flagship programme, Focus on Africa. Komla started as the morning show host for Joy FM in Accra and was awarded the 2003 Journalist of the Year by the Ghana Journalists Association.

How I named, shamed and jailed | Ted Global

Anas Aremeyaw Anas is a Ghanaian undercover investigative journalist. He is famous for utilizing his anonymity as a tool in his investigative arsenal.  He was voted as the Most Influential Young Ghanaian in 2015 & 2016 in a ranking poll by Avance Media.

Taiye Selasi is a writer and photographer of Ghanaian & Nigerian origin. She describes herself as a “local” of Accra, Berlin, New York and Rome.  In 2012 she partnered with Ghanaian architect David Adjaye to create the Gwangju River Reading Room. She is also the Executive Producer of Afripedia, a documentary series about urban African creatives.

The leaders who ruined Africa, and the generation who can fix it | Ted Global

George Ayittey is a Ghanaian economist, author and president of the Free Africa Foundation. He is the recipient of the Canadian International Development Agency Award, University of Ghana Award, and the Mellon Faculty Research Award from American University.

Patrick Awuah Jr. is the founder & president of Ashesi University in Ghana, a first-class institution he started in 2002. In 2015, Fortune Magazine named him among its 50 Greatest Leaders.

Why I believe in Africa: Kojo Oppong Nkrumah | TEDxLabone

Kojo Oppong Nkrumah is a Ghanaian lawyer, Member of Parliament and Minister of Information. He additionally serves as a member of the Finance and Constitutional committees of the 7th Parliament of Ghana. Kojo started his career as a Treasury Analyst at British American Tobacco in 2006, later moved on to Joy FM as a broadcast journalist hosting the Super Morning Show after the departure of host Komla Dumor. In 2014 he bowed out of broadcasting to establish a Private Equity Firm, West Brownstone Capital and later becoming a politician.

How to sell your idea to an Investor | | TEDxAccra

In 2007, Princess Umul Hatiyya aka ‘The Globe Trotting Princess or Marco Polo in skirt’ set out on an ambitious plan to visit every country in the world. After 10 years, she has been to 67 countries on 5 continents.