Four years after the Brazil World Cup fiasco, former Ghana international Michael Essien has claimed vindication for the events following the recent revelations of alleged corruption at the top... 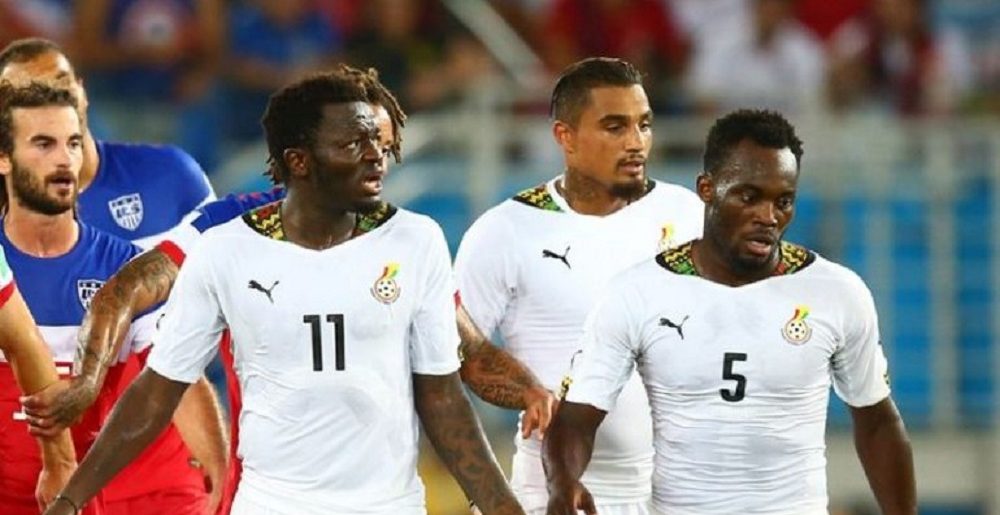 Four years after the Brazil World Cup fiasco, former Ghana international Michael Essien has claimed vindication for the events following the recent revelations of alleged corruption at the top hierarchy of football in the country by undercover journalist Anas Aremeyaw Anas.

Muntari had apparently manhandled a GFA Executive Committee member, Moses Armah, two days prior in what was described as “an unprovoked physical attack”. The incident occurred during one of meetings over the delayed payments of the team’s World Cup appearance fees.

Another teammate, Kevin-Prince Boateng was also kicked out of camp on a separate incident – using vulgar language on head coach Kwasi Appiah while he was also accused of leading a revolt against officialdom.

The duo and entire Black Stars team suffered huge backlash back home after the World Cup.

And Essien, who was untouched by the disciplinary rod despite recusing himself from the game against Portugal in protest without permission, has broken his silence on the incidents saying the Anas documentary bring more meaning to Ghana’s World Cup fiasco.

“Ghanaians will now understand the reasons why that incident happened in Brazil by virtue of what is going on currently in our football,” he told Adom FM.

“It will be very wrong for anyone to criticize me, Sulley Muntari and Kevin-Prince Boateng for all that happened during the World Cup. Muntari, in particular, is a very good person and I have known him since our childhood days.

“He is not someone who keeps quiet on issues like me, so he always voices out when he thinks that things will affect the team as a whole and not himself. Everything is clear now how issues were handled in the past by the leaders of the football,” Essien added.

Ghana’s row over World Cup bonuses led to the erstwhile John Mahama-led government to fly about $4m in cash to Brazil. The Black Stars squad threatened to go on strike over the non-payment of bonuses agreed for the tournament before the personal intervention of the president. Coach Kwasi Appiah later revealed that some of his players kept their $100,000 share in their backpacks in the dressing room while they were playing their Group G game against Portugal in Brasília.

#PODCAST: My relationship with Shatta Michy “is for life” – Shatta Wale