The Tamale Metropolitan Chief Executive, Iddrisu Musah, also known as Musah Superior, has lashed out at hiplife artiste Fancy Gadam accusing him of promoting disorder within the Tamale Metropolis lately with... 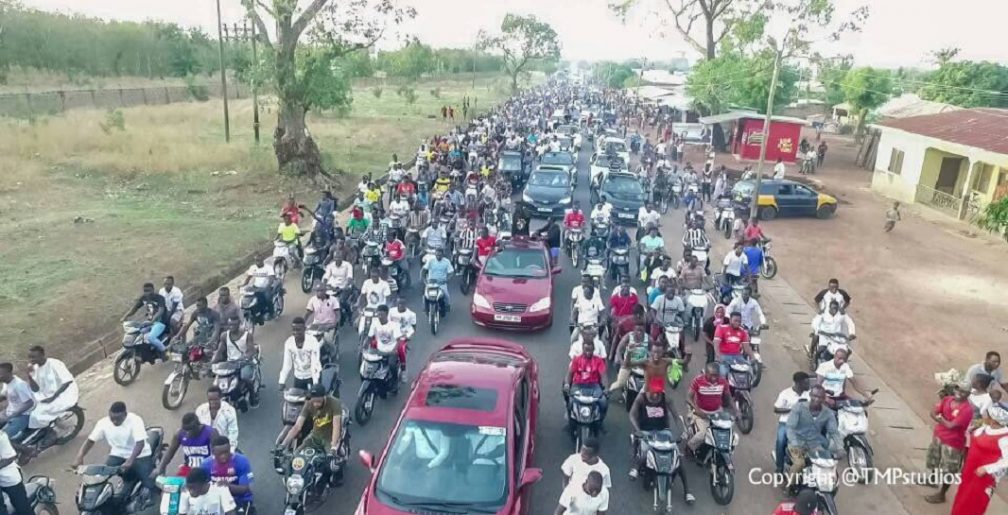 The Tamale Metropolitan Chief Executive, Iddrisu Musah, also known as Musah Superior, has lashed out at hiplife artiste Fancy Gadam accusing him of promoting disorder within the Tamale Metropolis lately with his music.

Musa Superior full of fury on the back of the unfortunate accident that involved fans of the young talent said Artiste Fancy Gadam seems to have no regard for laws and regulations in relation to his Art and shows played in the area.

Tamale makes a fetish out of the concerts and performance of [Fancy Gadam] as his shows are mostly characterised by jamboree and wild jubilation on the streets by his fans.

Musa Superior, however told state-broadcaster GBC in an interview that Fancy Gadam’s talent is in no doubt a danger and security threat to the Tamale metropolis following the unruly behaviour by the youth of the area and largely his followers anytime he’s billed to perform at a concert up-north.

The much-publicized show is in disarray in the wake of the unfortunate crash Friday.

Hiplife Fancy Gadam has called off the concert featuring Patoranking after some fans of his were involved in a motor accident on Friday in Tamale.

The fans were on their way to meet Fancy Gadam and Patoranking at the airport. The two were to perform at the concert scheduled for today, June 30 at Tamale.

Writing on his Facebook wall to express his grief,  Fancy Gadam said he was too sad and he cannot bring himself to mount the stage to perform when some of his fans had lost their lives. Therefore the concert has been canceled indefinitely.

About nine people, all fans of the hiplife artiste are feared dead in the motor accident which occurred Friday afternoon in Tamale.