Radio presenter, Nana Kwabena Bobie-Ansah has revealed that the John-Mahama-led NDC government concealed evidence of wrongdoing by the embattled President of the Ghana Football Association, Kwesi Nyantakyi while in power. “I don’t... 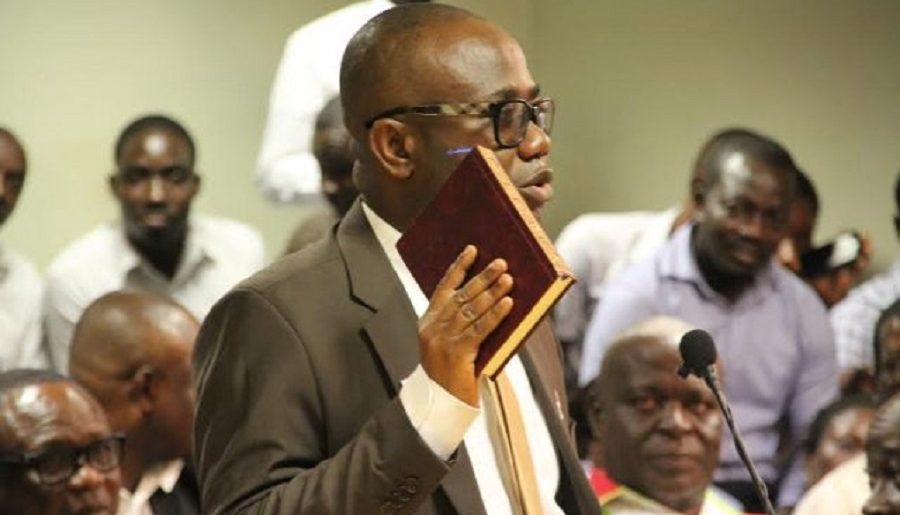 Radio presenter, Nana Kwabena Bobie-Ansah has revealed that the John-Mahama-led NDC government concealed evidence of wrongdoing by the embattled President of the Ghana Football Association, Kwesi Nyantakyi while in power.

“I don’t know for a fact what exactly JM and his government were looking out for, but I’m surprised they sat on this matter for eight years without any action. All the BNI, National Security reports about Nyantakyi were concealed by the NDC government,” he told host Kwaku Owusu Adjei on Anopa Kasapa on Kasapa 102.5 FM Wednesday.

His revelation comes on the back of the GFA President, Kwesi Nyantakyi’s alleged scandal in a possible case of defrauding by false pretense.

President Nana Addo Dankwa Akufo-Addo has asked the police to investigate President of the Ghana Football Association (GFA) Kwesi Nyantakyi, for a potential crime of defrauding by false pretence.A Deputy Chief of Staff, Samuel Abu Jinapor, confirmed this to presidential correspondents in the Jubilee House.According to Mr. Jinapor, the president directed that Mr. Nyantakyi should be arrested by the Criminal Investigative Department, (CID) after watching the latest exposé of ace investigative journalist Anas Ameyaw Anas.“The President of the Republic has had the benefit of viewing aspects of the investigative piece and in this documentary, the President of the Ghana Football Association, Mr. Kwesi Nyantakyi is supposedly seen attempting to use the President’s name and that of the Vice President and other senior officials of government to induce supposed potential investors into our country to part with various sums of monies,” Mr. Jinapor said.

Commenting on the fall out from the development Wednesday on Kasapa 102.5 FM, Mr. Bobie-Ansah advised the main opposition National Democratic Congress(NDC) to take a cue from President Akufo-Addo’s resolute to deal with corruption matters in the country.

According to Bobie-Ansah, Mr. Akufo-Addo’s uncompromising and unyielding stand against corruption on the back of the several swift actions taken by the President in instances of allegations of corruption is worth commending.

“Critics will say that this is to divert attention, but at least the most important thing is that the government has taken action regarding the GFA rot. I don’t want to go into the substantive matter, until they finish the investigations in that case.

“I’m stunned that past NDC government could not deal with Nyantakyi in the numerous allegations that were leveled against him[Nyantakyi]. They were indeed privy to many reports that indicted the FA Boss. Nyantakyi has been cited in various alleged corruption matters for sometime now, and I dare say that the murky issues at the FA have been lurking for years. I want to salute Koku Anyidoho; to be frank he’s a clean guy, white as snow. He and late President Mills. In fact when the matter broke yesterday, I sent a message to Multi-media’s Ekyi Quarm, I’m sure he’s that message on his phone, and although he didn’t reply me he knows that whatever I said was true.

“NDC must learn from the actions of this government. Randy Abbey and co didn’t like me because of this same Nyantakyi issues. Following this, they tagged the likes of Koku Anyidoho and Nii Lante as the hawks within the NDC, who were hell bent on disgracing the government at the time. For me I really don’t support Akufo-Addo and his government but at least he’s shown the will to fight against corruption.”

Only a miracle will save Nyantakyi – Kwabena Yeboah