Ghanaian Dancehall artiste, Stonebwoy is a “legend” for his achievement on the Billboard World Chart, says South African rapper, Cassper Nyovest. The former made history as the first Ghana-based Ghanaian artiste to... 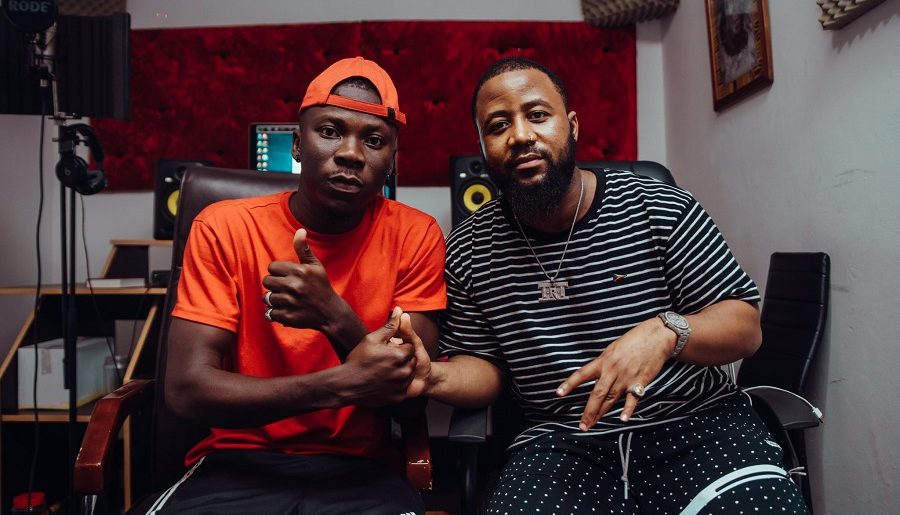 The former made history as the first Ghana-based Ghanaian artiste to have his album on the BillBoard World Charts. It peaked at the number thirteen spot, based on sales data compiled by Nielsen Music. 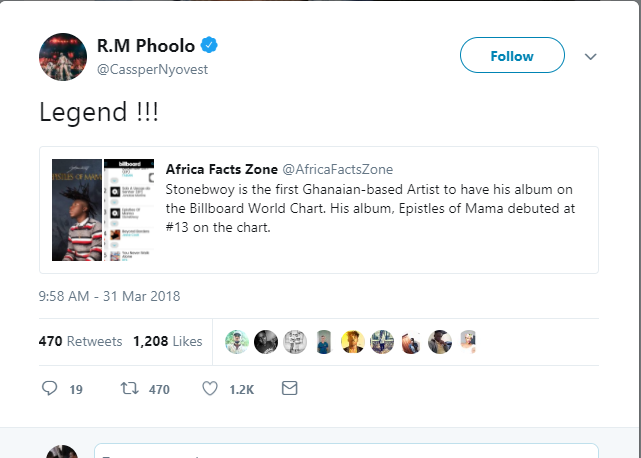 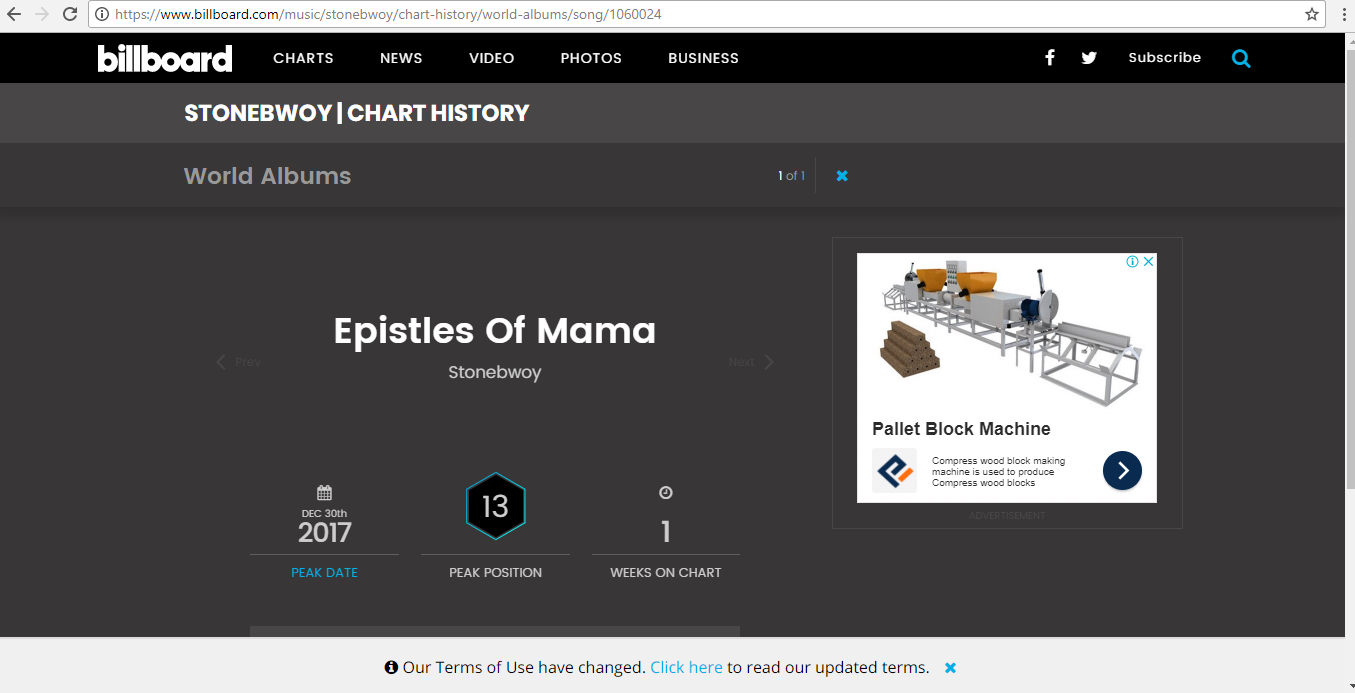 Sean Paul, Burna Boy, Sarkodie, Efya, King Promise, Edem and Joey B are some of the artistes featured on the album. The double disk project is made up of 24 songs – 12 Dancehall/Reggae songs and 12 Afrobeat songs.

“It’s inspired by the good morals, the teachings, the lessons, the anguish and the smiles of life. All the important things in life which are passed on to us by our mothers.” explained Stonebwoy during an album listening session at  Red Bull studios in the UK.

The album is dedicated to the memory of his mother, Catherine Satekla, who died in 2015.

It was ranked as the second best album in the reggae/Dancehall world last year.

The ranking was done by readers of Reggaeville, the world’s biggest gathering of reggae lovers and fans on the internet.

He is the only African artiste to perform at the 2018 edition of SummerJam, an European reggae festival. TY Dolla $ign, Ziggy Marley, and Tarrus Riley are some of the A-list artistes who will also be performing at the event.

Ebony was the modern day version of me – MzBel