Dancehall artiste, Shatta Wale has thanked CharterHouse, organizers of the Ghana Music Awards for making his fans “feel respected.” Wale made a return to the awards scheme after about a four-year absense. He... 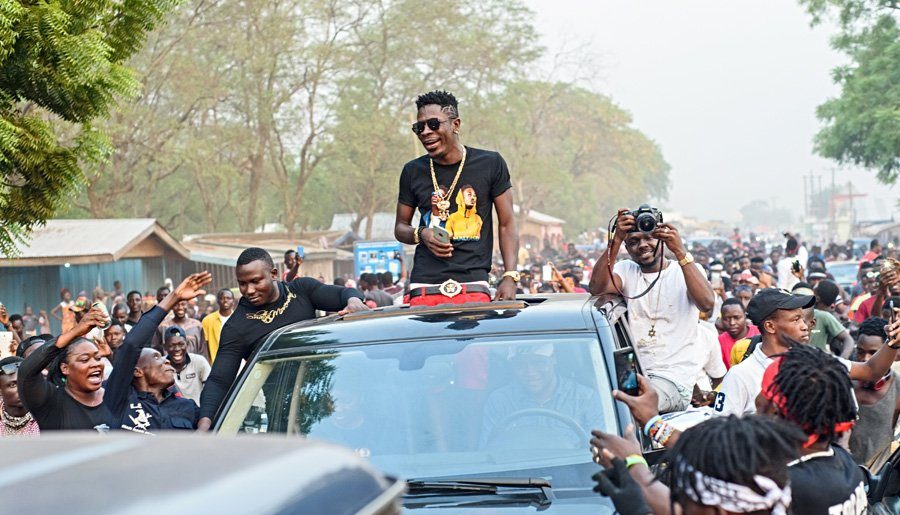 Wale made a return to the awards scheme after about a four-year absense. He snagged six nominations, same as Stonebwoy and Ebony.

The awards scheme will be held at the Accra International conference Center (AICC) on Saturday, April 14, 2018.

The theme for the 19th edition of the event is “Our Music Beyond Borders” –  it is designed to inspire Ghanaian artistes and music industry players to aspire toward making strong influences globally with their music and artistry. 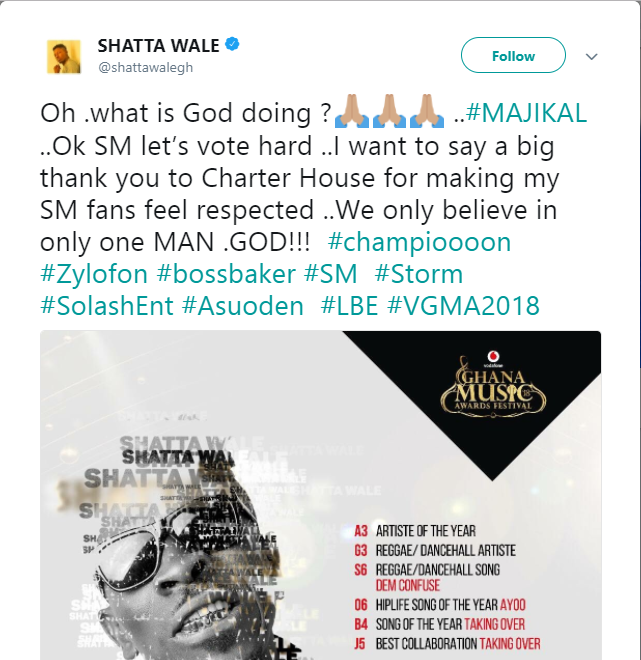 In 2014, Wale warned the organizers of the awards scheme against nominating any of his works.

On the night of the awards show in 2015, he headlined a concert at the beach, supported by Sarkodie, who also had his own issues with the organizers, CharterHouse.

His disagreement with CharterHouse started when he lost out on a dancehall category award to Kaakie in 2013. He insulted both the company and Kaakie, later recording a song claiming he doesn’t need any award.

He also recorded videos in which he called CharterHouse and its CEO names, leading to the former being sued.

Months down the line, he apologized to CharterHouse, its CEO and Samini after the birth of his son asking that they start their relationships on a ‘fresh’ page.

His team also submitted songs when the organizers early this year opened nominations.

The Vodafone Ghana Music Awards is a Charterhouse Ghana event, supported by Media General, Movenpick and proudly sponsored by Vodafone.