I did liposuction because I lost deals for being fat – Actress

A young Ghanaian actress and musician, Nana Frema has boldly admitted to undergoing liposuction and fat transfer on the Late Afternoon Show with Berla Mundi on Ghonetv. Nana Frema on Monday... 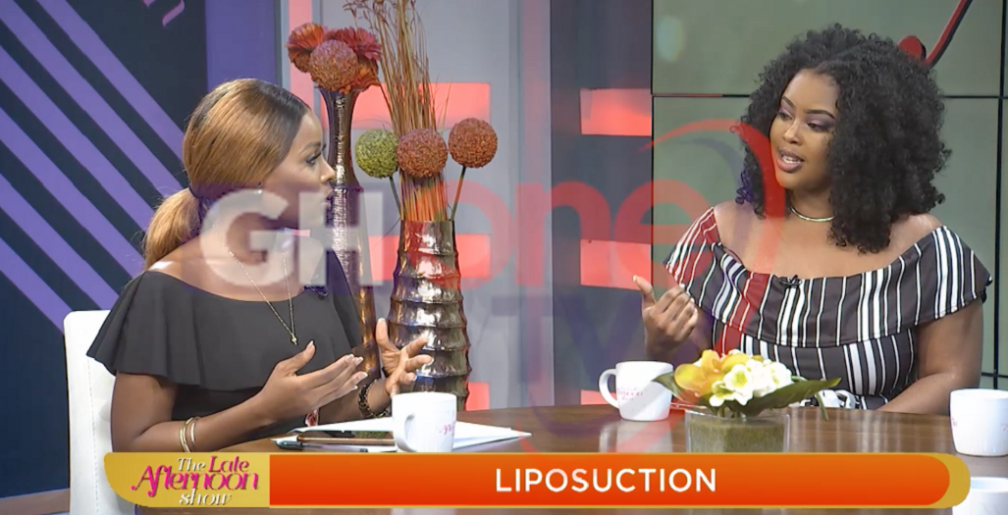 A young Ghanaian actress and musician, Nana Frema has boldly admitted to undergoing liposuction and fat transfer on the Late Afternoon Show with Berla Mundi on Ghonetv.

Nana Frema on Monday afternoon, narrated how berated she felt as a young woman when people constantly referred to her weight as the reason why her music career wasn’t growing. According to her, she had nicer curves when she was younger. However, as she grew, she gained so much weight around her waist making her feel inadequate especially since people constantly passed derogatory comments about her.She mentioned she missed her old figure, lost her self esteem and hid her weight under saggy clothes in order to go unnoticed but it only got worse as people in the industry refused to work with her because she was too fat.

Having hit rock bottom, Nana Frema decided to seek medical attention to regain her self esteem and thats when she met her surgeon.Now, she proudly flaunts her curves and says she feels beautiful.

The Late Afternoon Show delves into social issues, real life stories and lifestyle from the point of the young, fun and vibrant adult. With a mixed bag of everything that is discussed among the new generation, the show tends to identify with the emotions of people whiles seeking to answer often asked questions on health, wealth, fashion, cuisine, entertainment and more. The idea is to have a show that borders on all aspects of life to cater for various age brackets depending on their mood and interest.It airs on GhOne TV every Monday and Friday at 4pm with a repeat at 10pm same days and is hosted by award winning TV Presenter, Berla Mundi.