2017 was a good year for most artistes as some of the country’s big stars, including Stonebwoy and Sarkodie, released albums. Some relatively new artists also made a splash in... 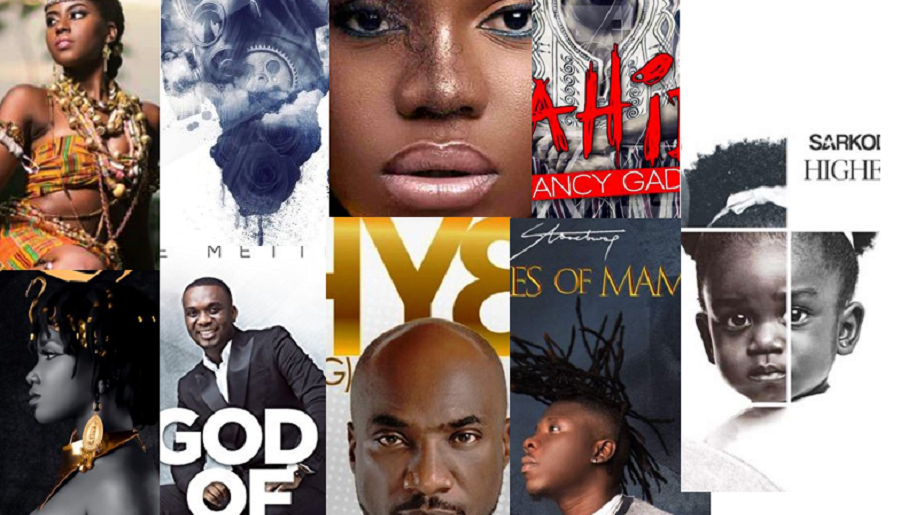 2017 was a good year for most artistes as some of the country’s big stars, including Stonebwoy and Sarkodie, released albums. Some relatively new artists also made a splash in the industry.

Kasapafmonline.com takes you through some amazing artist who stands the chance of going home with the “Album of the Year” Award at this year’s Vodafone Ghana Music Awards.

Below is a list of 9 of the best albums made by Ghanaian artists who could possibly win the “Album of The Year”. The third album from two-time BET honouree MzVee (Vera Hamenoo-Kpeda), DaaVee makes the beloved chanteuse one of Ghana’s most consistent modern performers. A class act across genres, the singer serves a a potpourri of Afropop, hiplife, R& B, and dancehall on the record.

DaaVee consists 12 songs, and features collaboration from Black Prophet, Article Wan, Kuami Eugene, Ko-jo Cue, and Lyrical. Aside being a decent commercial effort, it also proved a mighty springboard for Kuami Eugene, who has since his appearance on ‘Rewind’, grown into his own hit-dispatching man. MzVee, 25, has released two other albums, 2014’s Re-Vee-Lation and 2015’s Verified. Trigmatic enjoyed immense success with his 2010 single ‘My Life’, and has received multiple awards since. A genius across genres, he has yet to attain celebrity truly fitting of his talent.

Highlights of this project, his first album in six years, include the Stonebwoy-assisted ‘Gbedu’, and ‘Motromodwo’ (featuring A.I). That last song, unapologetic highlife founded on rich percussion and horns is, without question, one of the finest Ghanaian records published in recent years. The album, his fourth solo project after Stains on a Cloth (2007), Permanent Stains (2010), and SOUL-u-TIONS (2011) also features Sarkodie, E.L, Stonebwoy, A.I, Orezi, Jupitar, Krissy O and Skales. With Unveiling, Becca (Rebecca Akosua Acheampong) once again stakes a bold claim for the female constituency in a male-dominated terrain. A catalogue primarily consisting palatable love songs compiled over 13 months, Unveiling ranks among highly commercial albums of 2017, and features guest appearances from Bisa KDei, Patoranking, Mr. Eazi, Kofi Kanata, Joyce Blessing and Ice Prince. Highlights from the record include Hw3 and Beshiwo (both featuring Bisa KDei), You & I, and Na Wash (featuring Patoranking). 2017 saw Tamale-based Fancy Gadam (Ahmed Mujahid Bello) finally cement himself in mainstream Ghanaian music. With his Gadam Nation tour, the energetic singer has gone ahead to prove why he deserved to be named the VGMA’s Best New Artist ahead of Medikal, Eugy, Rudebwoy Ranking and Article Wan, filling up arenas in major cities across the country, and more than impressing in high-profile shows.

The launch of Mujahid (his third album) at the Tamale Sports Stadium was witnessed by over 18 000 patrons. ‘Total Cheat’, off the record and featuring rap icon Sarkodie, was a bona fide 2017 hit, rubbing shoulders with efforts from Stonebwoy, Shatta Wale, KiDi, Kuami Eugene, Patapaa, and Ebony. The impact of the album, via the leading single ‘Bo Noo Ni’, cannot be questioned. That single has been viewed over 1 000 000 times on YouTube. It was important for Joe Mettle to have released an album of this quality in the year he won the most coveted music award in the land. If not for nothing, to silence critics, prove that he’s not one to rest on his laurels, and most of all, keep Ghanaian gospel in the conversation. Sarkodie’s fifth album after Makye (2009), Rapperholic (2012), Sarkology (2014), and Mary (2015) has the rapper proclaim himself as the foremost name in Ghanaian music. As much a rap album as it is melodic (something made possible by the layered approach of a typical Jayso production), Highest engages deeply personal themes and explores new creative terrain by recruiting unlikely collaborators as Victoria Kimani, Moelogo, Praiz, Korede Bello, Jesse Jagz and Bobii Lewis among others.

There may not be a “massive hit” on the album, at least judging by the standard of the rapper who made such songs as ‘You Go Kill Me’, ‘Pon The Ting’ and ‘Adonai’, but all songs on there require repeated play to fully engage with and properly appreciate –which is how albums should be consumed anyway. Just 20, sultry Dancehall/Afropop singer Ebony Reigns has had a tremendous 2017, netting a fine percentage of hits last year saw, as well as mounting nearly all major concert platforms over the period.

Ebony’s debut album BONYFIED consists 16 songs, and bears her main hits of 2017: ‘Poison’, ‘Sponsor’, ‘Date Your Fada’, ‘Hustle’, and ‘Maame Hwɛ’, as well as old gold like ‘Dancefloor’, ‘Kupe’, and ‘Turn on the Light’. She is widely tipped to win Artist of the Year at next year’s Vodafone Ghana Music Awards. BET winner Stonebwoy looks to reach new frontiers with Epistles of Mama, his recently-released 4th project. His ambition is evident in the collaborations he secured for the album: Sean Paul, Chronixx, Sarkodie, Pressure, I Octane, Efya, Vanessa Bling, Joey B, Kabaka Pyramid, etc.

Released in honour of his late mother Catherine Satekla, the double-album, but for two songs referencing his mum, is hardly related to motherhood. EOM is a strategy to establish himself as a proper international brand. The album is unsurprisingly great, dripping with infectious choruses and melody. It was highly-anticipated throughout the year, and was well worth the wait. Sonically, ace highlife musician and trusted love doctor Kwabena Kwabena still reigns in Ghana. Even if his own love story has been characterized with successive failures, his songs have served as nectar to many. Ahyese goes back to the very beginning, which is what the album translates to from Twi.

At a tidy 9 songs, the project brings his solo albums to five. The album was led with 3 well-received singles: ‘Tuamudaa’, ‘Siwagedem’, and ‘Adansie’ (ft. rapper M.anifest).