Dancehall artiste, Shatta Wale is officially a member of Zylofon Media. He was unveiled as a member of the imprint at its East Legon premises, today, Wednesday, January 31, 2018.... 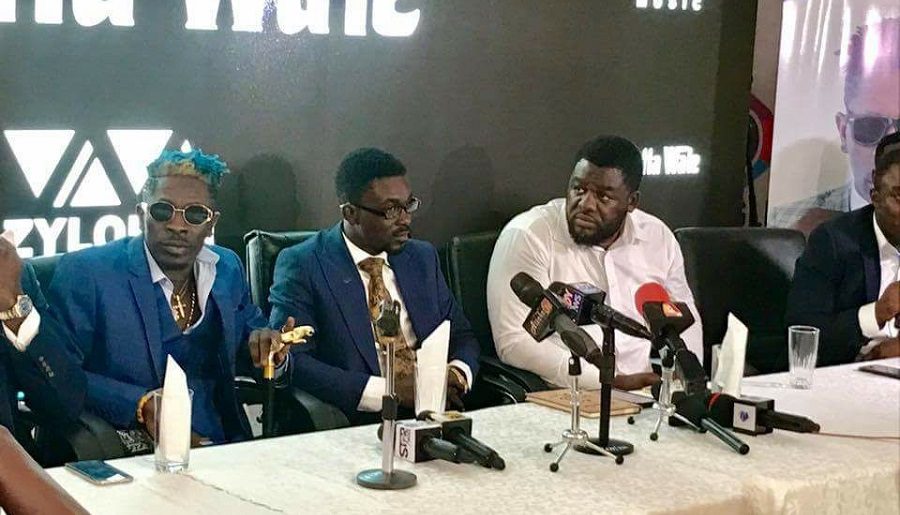 He was unveiled as a member of the imprint at its East Legon premises, today, Wednesday, January 31, 2018. The management deal between the two is at least for three years.

Wale, during his speech said he will be polished but more controversial. He also claimed Stonebwoy is like a brother, and that they talk everyday but he decided to hide the signing from him before it is made public.

It is a multimedia entertainment company established to supply profitable, acceptable, audio and visual entertainment to diverse domestic and international consumers.

It intends to produce indigenous artistes that would fit universal standards, and also cover the entertainment industries including movies and music.

It claims to have established ties with various artists in the industry and plans to search for new artists to market and produce.