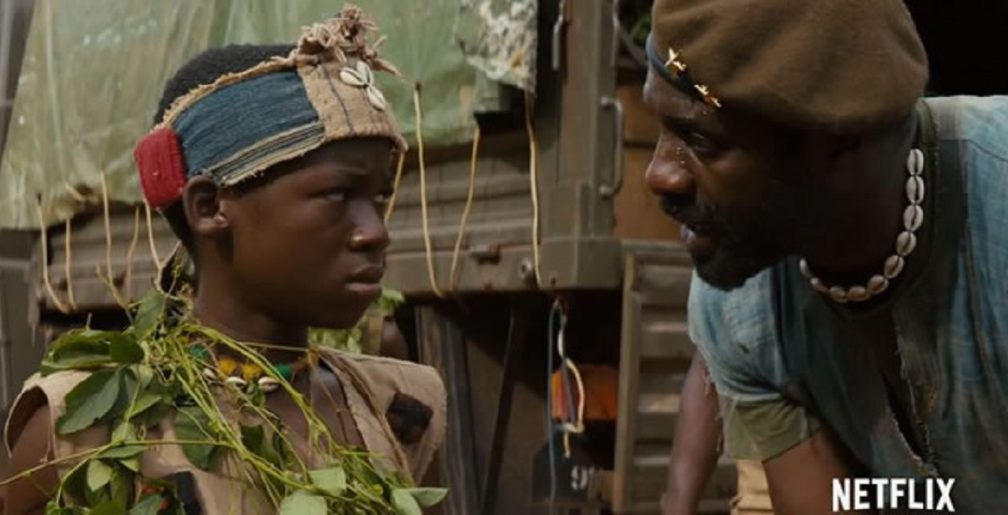 Manager of Actor Abraham Attah, Mawuko Kuadzi has revealed that Ghana Movie Awards, organizers of the annual film award to recognise excellence in the Ghanaian film industry have withheld award plaques won by Abraham Attah, Idris Elba and Cary Fukunaga in Beasts of No Nation.

The sixth edition of the annual Ghana Movie Awards which came off on Wednesday, December 30, 2015 at the Accra International Conference Centre announced the young actor as ‘DISCOVERY OF THE YEAR’ and ‘ACTOR IN A LEADING ROLE’ for his leading role as a child soldier (Agu) in his feature film debut in Beasts of No Nation (2015).

The event which was attended by some stakeholders in the industry saw  Cary Joji Fukunaga, director of Beasts of No Nation sweeping the highest number of awards.

Kuadzi expressed disappointment in the organizers of the award scheme for deceiving the recipients.

According to him, the Ghana Movie Awards inability to honour its promise since 2015 raises lots of credibility issues regarding the scheme.

He entreated Zylofon Media, new organizers of the scheme to address the dilemma.

Other awards won by Beats of No Nation crew.

“Last year I am glad Ghana Movie Awards didn’t happen because awards would be given and taken back stage and you will never get it.
In 2015 Abraham Attah, Idris Elba, Cary Fukunaga and host of people who worked so hard on Beasts of No Nationwere named winners of various categories but till today 2018, they have still not received their awards. Countless times we have followed up but all we get is “They are on their way,you will get them soon”.
Countless times people have spoken about it,but it falls on deaf ears.
Zylophone Media I pray you address this issues or do well not to repeat the same mistake as we have great respect for your outfit. Ghana Movie Awards lost it and it gives you a lot of work to do. But we believe what you are capable of doing.” Mawuko Kuadzi posted on Facebook.

Although he wouldn’t disclose how much was involved in the deal in an interview with Showbiz last Friday, CEO of GP Productions, organisers of the award scheme said he didn’t sell it cheaply.

Zylofon Media announced last year that it had taken over the organisation of the Ghana Movie Awards and reports indicate that for the next 10 years, they would be handling everything to do with the event.

The media group was a partner for the 2016 edition of the awards held at the Kempinski Hotel and according to Phred Nuamah, it was no difficulty selling them the franchise.

They announced their presence onto the media landscape in a big way and showed a lot of potential so I thought it was better to have a ‘marriage’ with them. You could say we approached each other and the terms were mutually satisfactory.