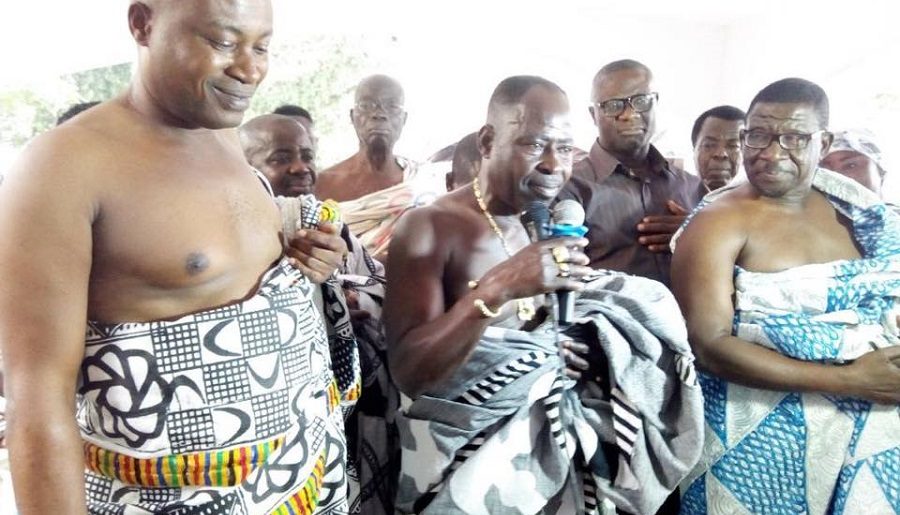 His stool name is Barima Okyeredom Amakye Dede the 1st.

The title, Okyeredom, according to Agogohene means, the ‘Iron Boy’ hitmaker is a crowd-puller and exceptional singer whom through his career has won numerous accolades for himself and for Agogo.

Nana Akuoko Sarpong also announced that the conferment is to show the appreciation of the people of Agogo to Amakye Dede for his newly constructed hotel in the town.

Amakye Dede in his acceptance speech gave the assurance that he will take his new role very seriously and deliver as expected.

“…I want to assure nananom that I will take my responsibility very seriously and I will do everything to uphold the dignity of this office and I will not let you down in any undertakings that I have to do”, he said.