Ghanaian Dancehall artiste, Stonebwoy is hopeful of a Grammy nomination for his new album ‘Epistles of Mama.‘ “Yeah, Hopefully! because there is a reggae side to the album, remember... 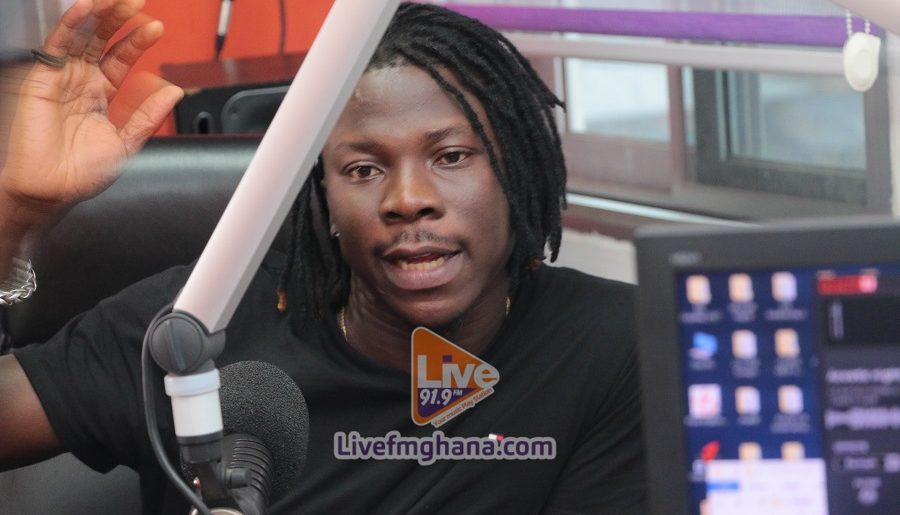 Ghanaian Dancehall artiste, Stonebwoy is hopeful of a Grammy nomination for his new album ‘Epistles of Mama.‘

“Yeah, Hopefully! because there is a reggae side to the album, remember that, which features some of the top top… that’s what we pushing…” responded the ‘Mama‘ act to a question by Antoine Mnesah, host of Live FM‘s Drive Time show Route919 if this is the album to get him a Grammy.

He released the album on December 12, 2017. The double disk project is made up of 24 songs – 12 Dancehall/Reggae songs and 12 Afrobeat songs.

Sean Paul, Burna Boy, Sarkodie, Efya, King Promise, Edem and Joey B are some of the artistes featured on the album.

“It’s inspired by the good morals, the teachings, the lessons, the anguish and the smiles of life. All the important things in life which are passed on to us by our mothers.” explains Stonebwoy in an interview with Red Bull UK. The album is dedicated to the memory of his mother, Catherine Satekla, who died in 2015.

The Dancehall artiste become the second Ghanaian artiste to earn a Grammy nomination after Rocky Dawuni.

‘Avrakedabra‘ by Morgan Heritage, an album he is featured on, earned a nomination in the ‘Best Reggae Album‘ category at the 2018 Grammy Awards.

#PodcastsOnLive: “I’m hands on. I’m almost like a mom.” – Sarkodie on being a father