The anticipation of fans were completely crushed when their ‘90s Bad gal’ artiste, Pricilla Opoku Agyeman known in showbiz as Ebony Reigns, showed up completely covered up at the... 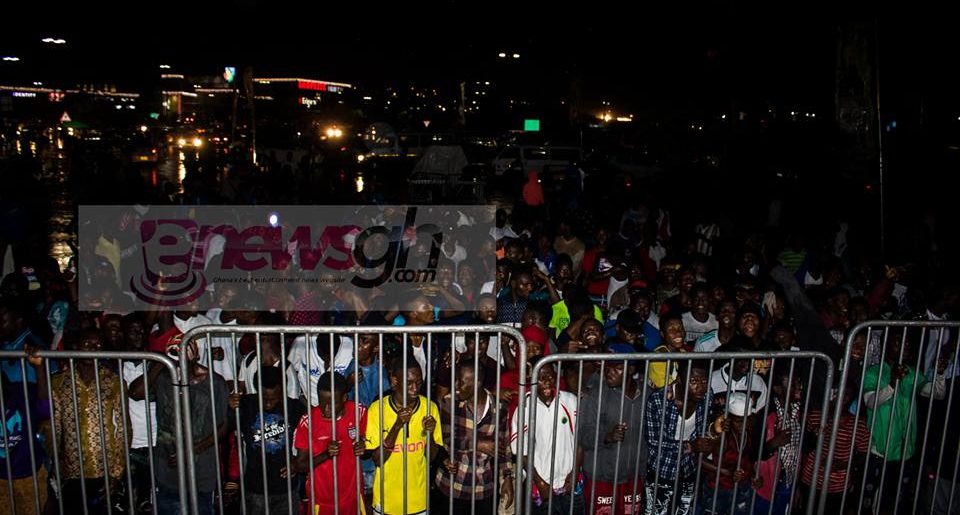 Dancehall artiste Ebony was at her best on Saturday night as she thrilled thousands of fans with back to back performances of her hit songs. 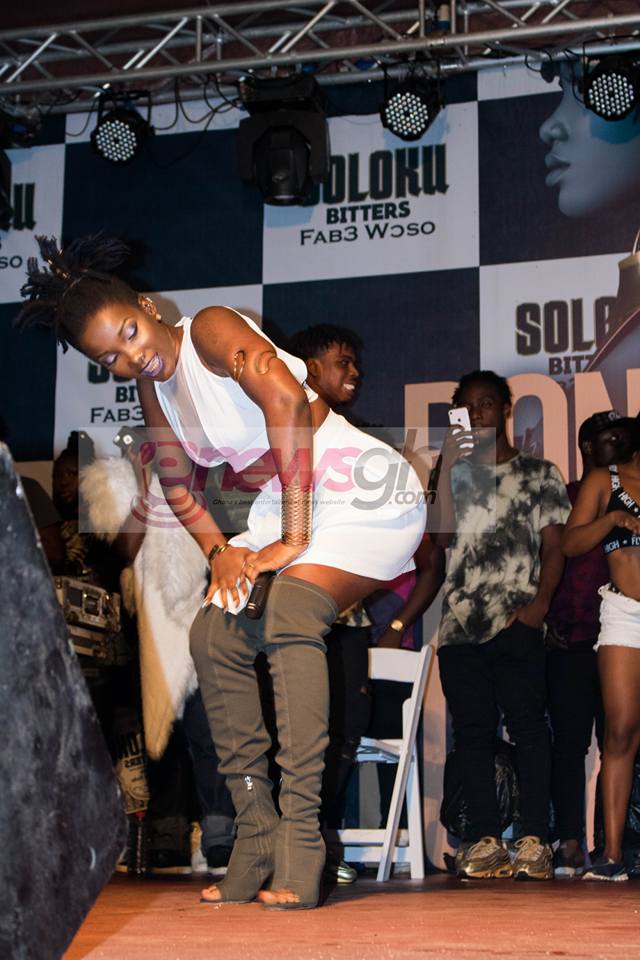 The singer who held her first ever mammoth concert at the forecourt of the West Hills Mall near Weija along the Accra – Cape Coast highway saw the 20-year-old Ebony dish out well-known tunes including ‘Kupe’, ‘Poison’, ‘Sponsor’, ‘Date Ur Fada’ and ‘Hustle’ to the delight of the many who had converged for the event.

In a pretty unusual style, Ebony walked onto the stage, in a white skirt and top for the first performance with Kurl Songz and a pretty ‘decent’ black outfit for the second, compared to those from her previous performances.

The event which was held at the West Hills mall in Weija saw performances from supporting acts including Epixode, Eno, Kurl Songx, Gemini and many others and it was a free concert for her fans.

The ‘Bonyfied Soloku Concert’, sponsored by Soloku Bitters, another brand from Kasapreko, was attended by many industry personalities and persons from the corporate domain.