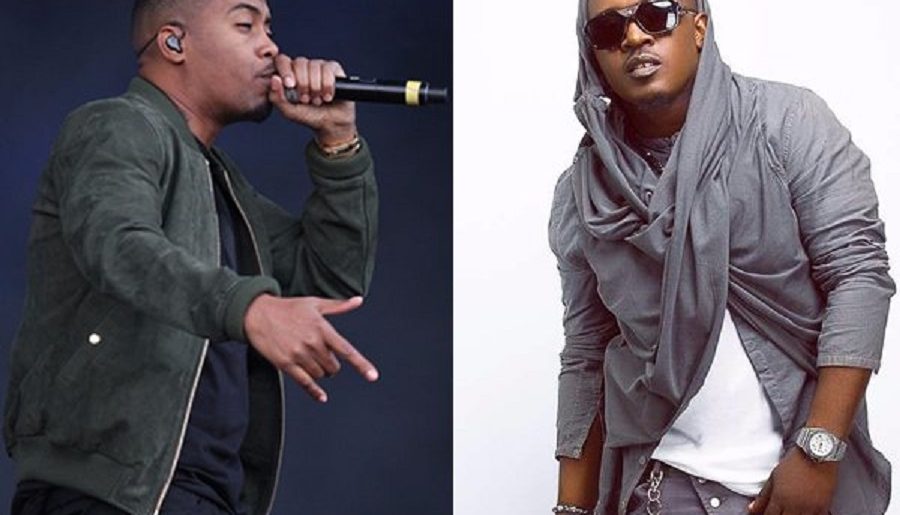 In the lawsuit, which was filed in the New York State Supreme Court, Nas and Mass Appeal Records’ Ronnie Goodman are accused of duping Chocolate City after they had paid the rapper $50,000 for the verse.

According to the lawsuit, in 2013, Nas and Goodman entered an agreement to contribute a verse to a track from M.I. The details of the deal were that Nas was supposed to mention “M.I, Chocolate City, Nigeria, Queens, New York—NAS’s hometown—, Mandela, Trayvon Martin, and the struggles of Africans and African Americans” in his verse.

Nas went on to deliver a verse but it didn’t mention any of the subject matter Chocolate City had asked for.

The Nigerian label requested that the Queens rapper to re-record the verse, and three year later, it hasn’t happened despite them delivering the $50,000 payment. Hence, that’s why they’re now suing him, they mention.

In the lawsuit, Chocolate City is very complementary to Nas. They called him “a highly respected lyricist in the music industry” and wrote that they wanted a verse from him “because of NAS’s exceptional talent as a lyric writer.”

Unfortunately, according to Chocolate City, that talent and lyricism was not evident in the verse they got.

Pulse has reached out to Chocolate City and Mass Appeal for comments. Check out screenshots of the suit in the gallery below.

See screenshots of the suit below. 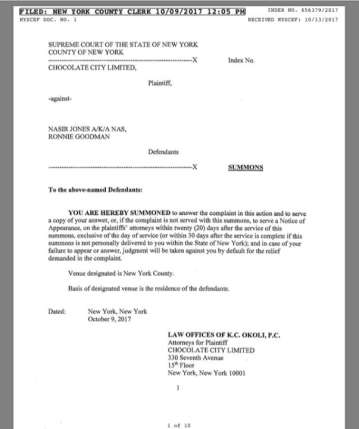 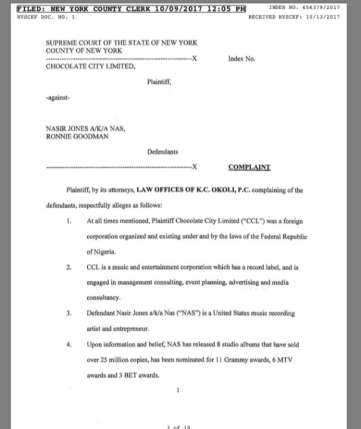 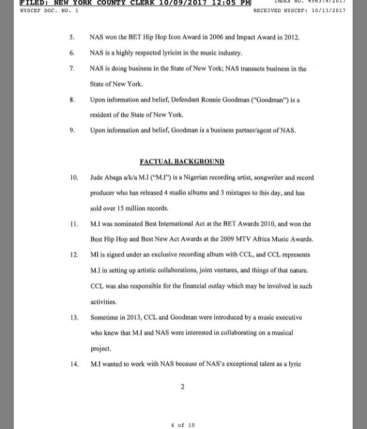 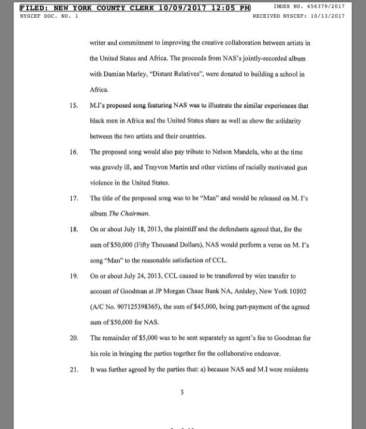 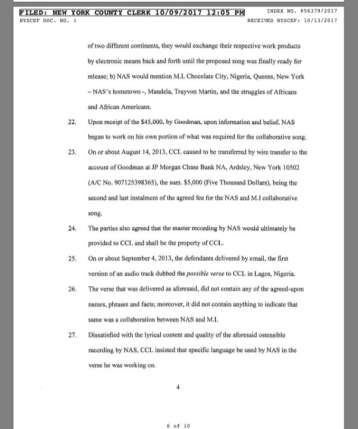 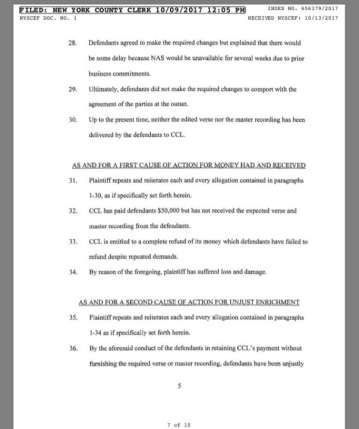 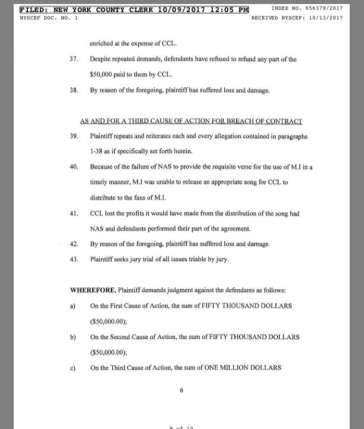