B4Bonah, Live FM Artiste of the Month for August will headline a concert at the Champs Sports Bar and Grill on Saturday, September 23, 2017. Dubbed ‘Turn Up With... 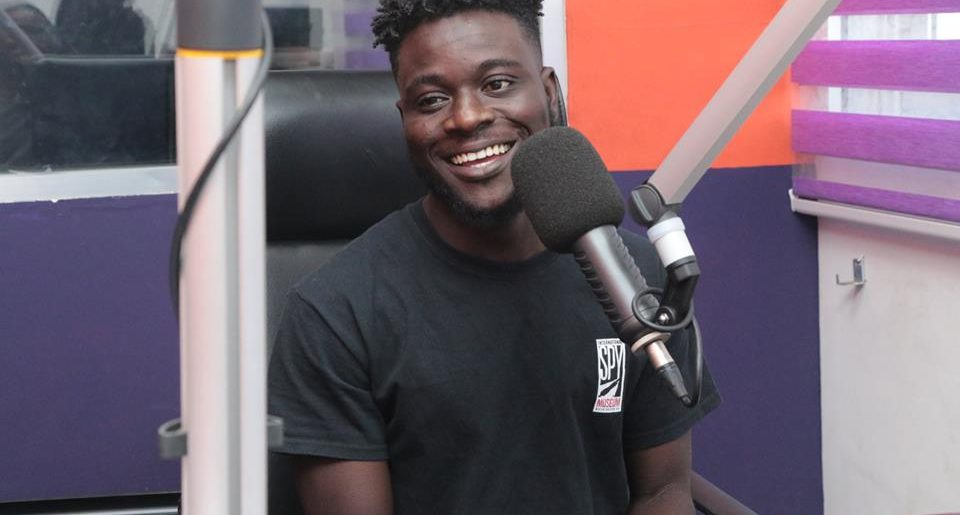 B4Bonah, Live FM Artiste of the Month for August will headline a concert at the Champs Sports Bar and Grill on Saturday, September 23, 2017.

Dubbed ‘Turn Up With B4Bonah,’ it will see the act perform songs that helped him gained mainstream relevance. He will be supported by Kwesi Arthur, King Promise, Tsoobi and a lot more. 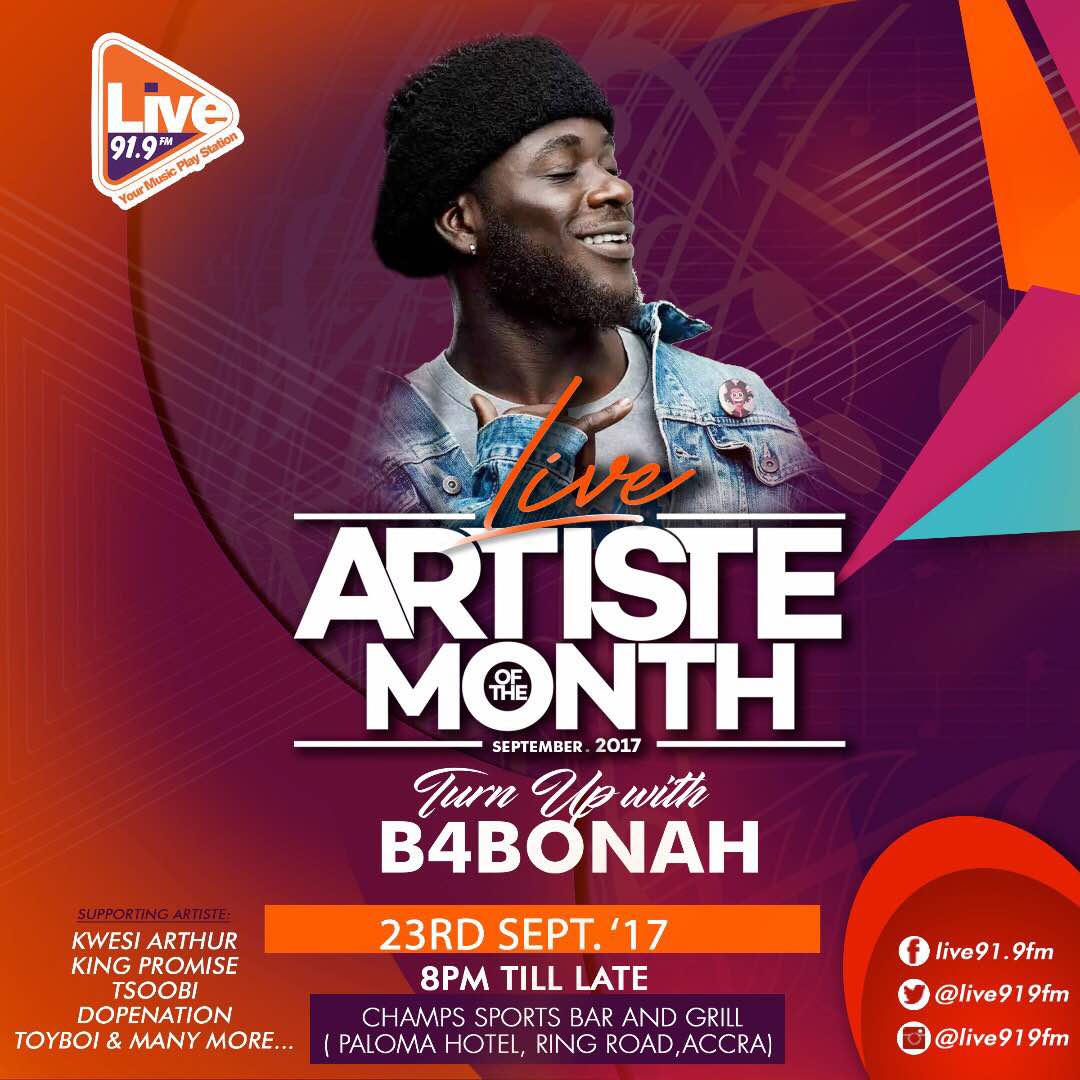 Fredrick Amoako  Bonah popularly known as B4Bonah is a Tema based rapper, singer, writer and composer. Born to parents, Stephen Kwabena Bonah and Juliana Appiah, (both of blessed memory) on 26th October, 1990. He was born and raised in Tema, a city in the Greater Accra Region of Ghana.
B4Bonah’s interest in music began in Junior High School when he realized how he appreciated the lyrics in the songs he danced to. He started off as a dancer in junior high school and gradually started writing his own music. Unlike most dancers who dance to the beats in a song, B4Bonah danced to the lyrics he heard. This urged him to write his own songs.
He’s Currently signed to MimLife Records a record label company located in Tema community two.
He is inspired by artistes like Bob Marley, Wiz Kid and Wretch 32. Growing up, it was his dream to be a lawyer, he still holds on to this dream though. Writing of songs comes naturally to him. He sometimes composes some of his songs right in the studio when he hears the beat. As a young man, he has had his hard times yet he still pulls through knowing for a fact that he is going to make it someday. Some of the few friends he has are the ones who cheer him on and are his greatest fans. Growing up, one significant event that took a toll on him was when he lost his mother just as he was about to start his secondary school education, followed by his brother and his father all in a space of two years. He has been able to sail through with his four siblings.
The genre of music he makes spans from Hip Hop to Afro beats. When he is not doing anything related to music, B4Bonah spends his time checking up on fashion trends or writing. He would also like to do something related to fashion in the future.His favourite sayings are: “You can’t bury the sun”.
Songs released
Higher feat Kelvinbwoy
Wake Up feat Kelvinbwoy
Dear God
Dear God remix feat Sarkodie
Nkontompo
My Girl 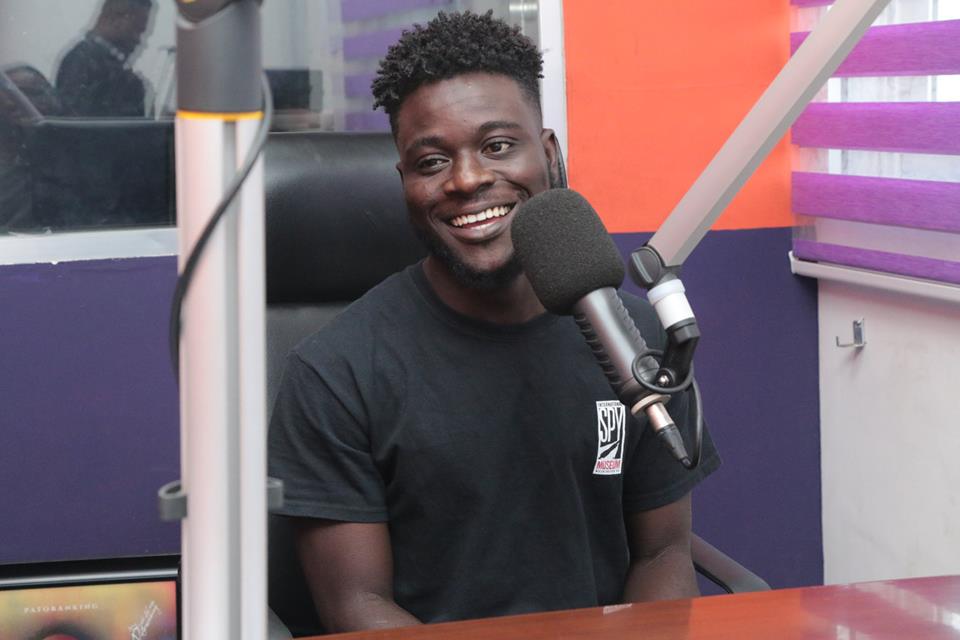 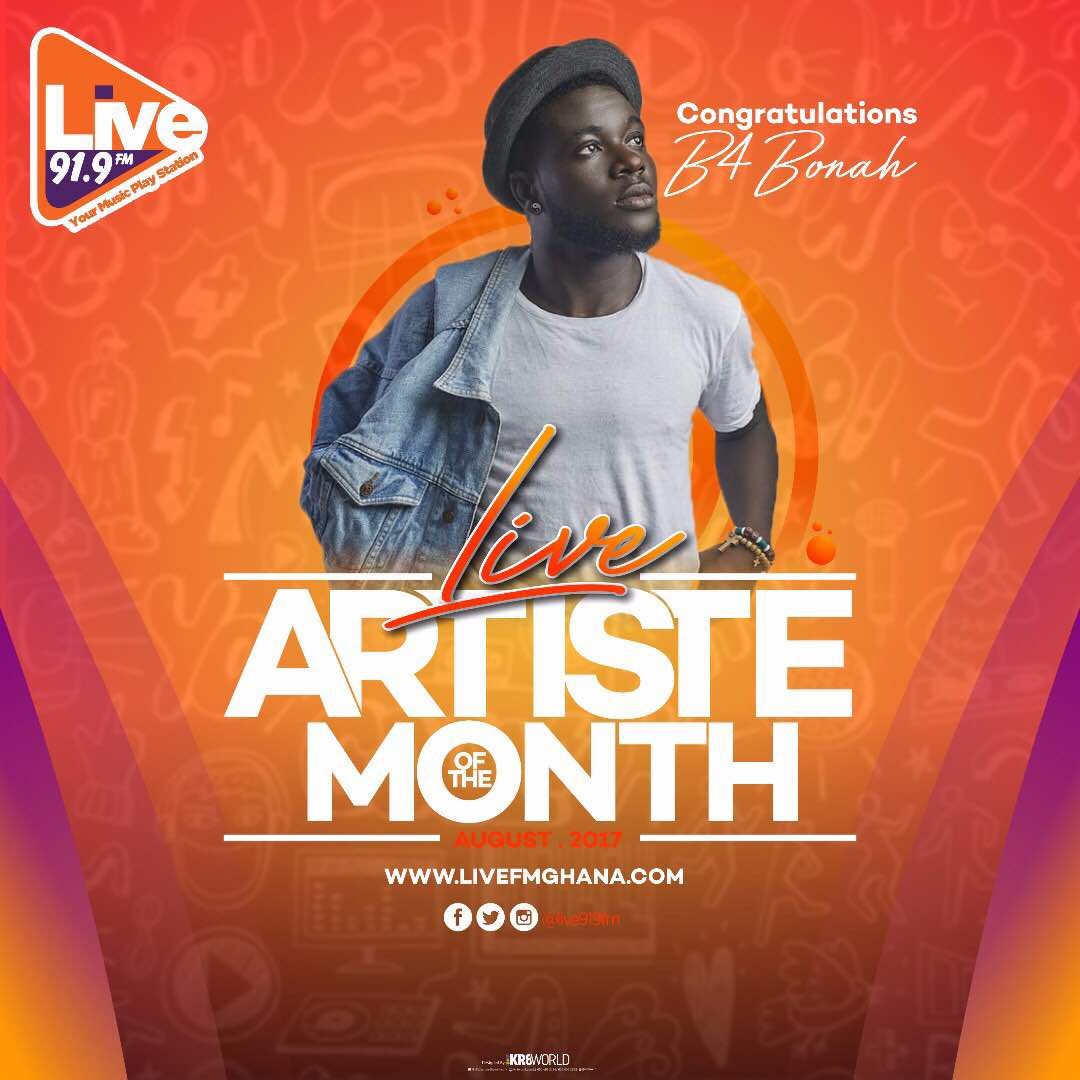 Xtacy announces single “My Baby”… out on Sept. 25