Nas Pens Open Letter on Donald Trump: “We All Know a Racist Is In Office”

Between calling him “a toupee wearin’ liar” on Robin Thicke’s “Deep” and dubbing Celebrity Apprentice a “devil show” on DJ Khaled’s “Nas Album Done,” Nas, like most sane people... 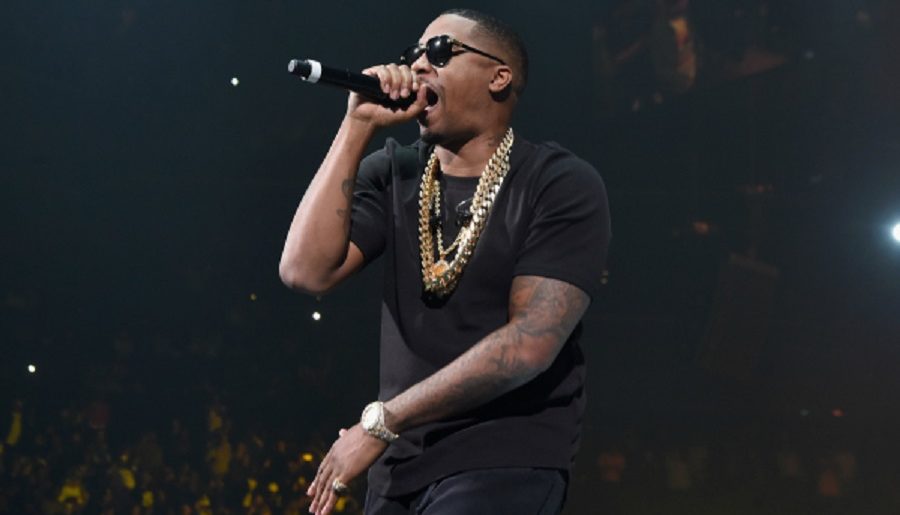 NEW YORK, NY - MAY 20: Nas performs onstage during the Puff Daddy and The Family Bad Boy Reunion Tour presented by Ciroc Vodka And Live Nation at Barclays Center on May 20, 2016 in New York City. (Photo by Jamie McCarthy/Getty Images for Live Nation)
By LiveXtra May 31, 2017
123
SHARES
FacebookTwitter
Subscribe

Between calling him “a toupee wearin’ liar” on Robin Thicke’s “Deep” and dubbing Celebrity Apprentice a “devil show” on DJ Khaled’s “Nas Album Done,” Nas, like most sane people with a moral compass, isn’t exactly a fan of Donald Trump. But in a powerful open letter he penned for Mass Appeal, the Queens rapper calls out the President for being a racist.

We all know a racist is in office. People can talk their shit. Comedians can sound racist. People can go through their moments of that shit, but when you have the responsibility of being President and you carry on like that, you send a strong message to people outside of your group that they ain’t worth shit.

In the rest of the letter, Nas talks about how his focus is on policies not personalities, especially in the way they affect everyday people, and how he’d rather address these issues in his music, which we’re hopefully getting more of in 2017. “So, I don’t got time for lippin’. I got time for actions. Anytime I’m speaking it’s action,” he writes.

The only way the black man gets a little piece in America is if he takes the O.J. stance: “I’m not black, I’m O.J.” When you ignore the shit that’s happening to people you can live in this fantasy, this American fantasy that you belong to… who? You ignore what’s happening, and that gives you peace. Because what’s going on is enough to make people insane.

No one can tell me what’s right based on what works for their system, and have me believe it. Nah.

The Creator put us here to do our thing, so I do my thing. And I don’t pay attention to politics at the moment. For what? There’s no reason. For me, it doesn’t make any sense. We all know a racist is in office. People can talk their shit. Comedians can sound racist. People can go through their moments of that shit, but when you have the responsibility of being President and you carry on like that, you send a strong message to people outside of your group that they ain’t worth shit.

So why would I focus on that unless I’m in the political game? Unless I’m running for office I don’t have to pay attention to know that. If I ever vote again—when it’s time to vote again, and I feel like voting again—I don’t have to follow the news to know who I’m voting against. But then you wind up saying “Who’s the next motherfucker coming in, and how does that help?”

My way of addressing these issues is through my work. Whatever president may be in office doesn’t affect my work directly. The way he affects people is what affects me. I observe what’s going on and that goes into my creative process. The person himself, I’m not caught up with. I don’t even have time for Trump or Pence. I don’t give a fuck.

My focus is on what’s happening with real people in their everyday lives. How they behave, the decisions they make, and how that affects families. I grew up in a single-parent household, so I was affected by that life. But it didn’t stop me. So I speak to the everyday people. I speak to everybody. If the people are bothered by it, I speak on it. If the people are bothered and want change, I speak on that.

It’s the same way I felt as a youngster when Ronald Reagan was in office. My voice at that point didn’t fuckin’ matter to anybody. I didn’t care. You know what’s different today? I’m older, that means I’m more responsible. That means paying attention to what’s happening to my country.

I got my own things to say and I been saying how I feel on the mic. Sometimes people ask me “Why you didn’t say this?” or “Why you didn’t talk about that?” You got a million people out here with a million different views and I heard it all. I talked about it all. I thought about most of the shit somebody could think of. I move through action. My music is action. What I’m giving you through my music is my actions.

I might have a song I want to deliver and then do things around that song that represents that song. And that can represent people and change and help with the education of young people. I like those ideas. I like ideas about helping kids in the inner city want to learn. Helping them want to be more. I’m all about being what you can be, because you never know.

That position, the presidency, seems so far away. But Barack Obama changed the game so that now, whether you’re a woman or Latino or whoever, you can feel that running for office can be a real goal. Winning the election could be real for someone in this country, if that’s what you want. As a kid, at one point I thought I wanted to go to film school. It was gonna be films or music. Steven Spielberg, George Lucas—those were big names for me coming up.

I’m doing all the things I ever dreamed of, even though there was a Ronald Reagan, even though there was laws that ruthlessly destroyed the black community, put tons of us in prison on trumped-up charges, and put us in jail for a long time over crimes that other people get a smack on the hand for. It’s basically slavery. It’s like the top of Sacha Jenkins’ documentary, Burn, Motherfucker Burn! where this guy says “I see blacks as a superior pet.” You know what I’m talking about?

From when I was born, people have enforced laws targeting so-called minorities to keep us enslaved, in a way. I survived that.

I read Eastern philosophy as a teen, so I see balance in everything, I have a cooler head because of it. If I could do that then, now we can save many more, ya dig? Especially in this day and age with all the resources we have, all the information of the Information Age, And that’s whether Trump’s in office or not. So, I don’t got time for lippin’. I got time for actions. Anytime I’m speaking it’s action.