The Ghanaian has indicated his willingness to play in any position for the struggling La Liga outfit. 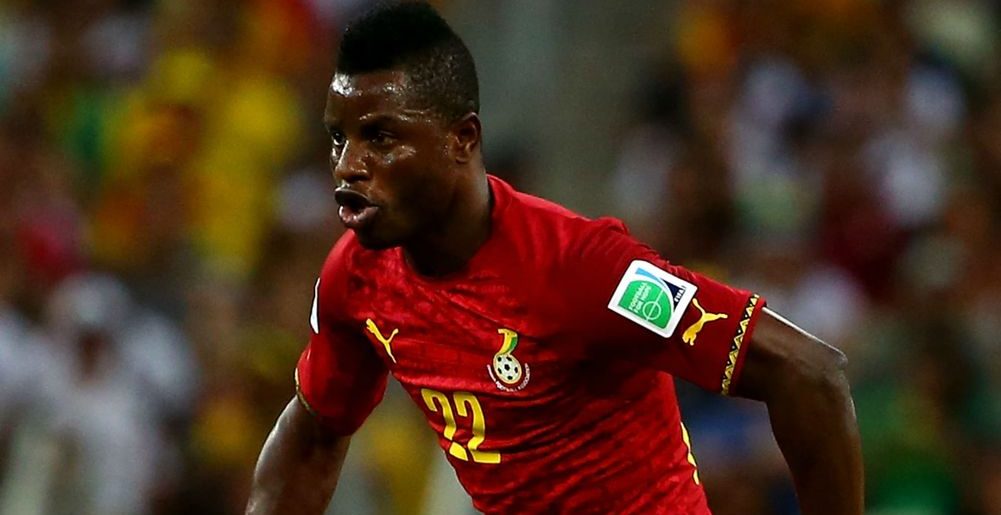 The Ghanaian has indicated his willingness to play in any position for the struggling La Liga outfit.

New Granada acquisition Mubarak Wakaso says he is open to playing at any position for the Spanish side.

The Ghanaian joined El Grana on loan for the rest of the season from Greek club Panathinaikos on transfer deadline day last month.

He made his debut as a 46th minute substitute in the 4-0 league humiliation at Eibar on Monday, leaving his team second from bottom on the table.

“I don’t have any problems playing in any position,” Wakaso was quoted as saying by his club’s official website.

“I’ll compete in whichever position the manager wants me to play.

“I’m here to help the team and my teammates.

“Everyone knows that things haven’t been going as well as expected, but I’ve seen a lot of quality amongst my new teammates.

“We can do something good between now and the end of the season.”

A utility man, Wakaso can play in defensive, central or offensive midfield, at left-back or as a left winger.

Although he started his international career as a left winger, he has recently been deployed at the centre of the park in Ghana shirt.

He was instrumental as the Black Stars reached the semi-finals of the Africa Cup of Nations earlier this month.

The 26-year-old returns to Spain after earlier stints with Las Palmas, Villarreal, Espanyol and Elche.

He was also once on the books of Scottish giants Celtic and Ashanti Gold in Ghana.