Outgoing Black Stars coach, Avram Grant has disclosed that even though he supports all his players, he found the insulting video by goalkeeper, Razak Brimah  despicable. Brimah during the just... 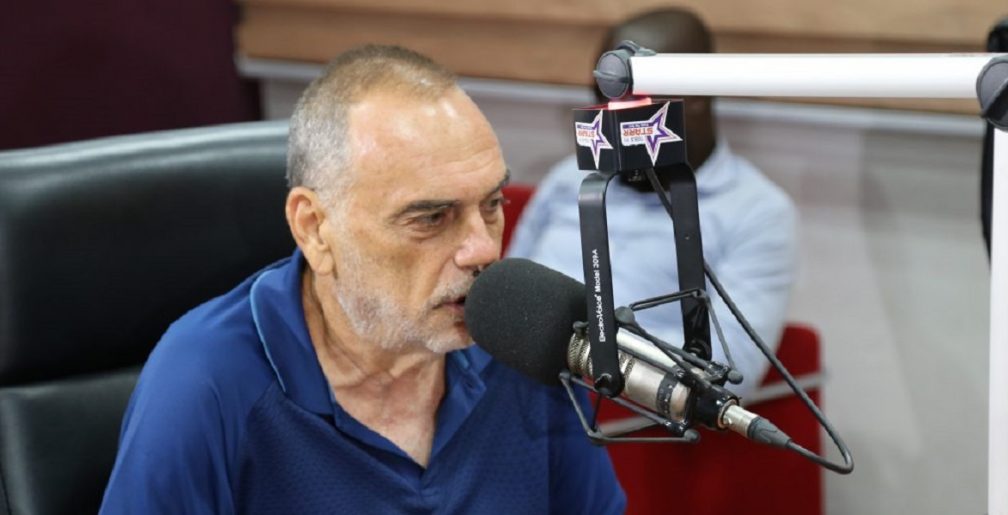 Outgoing Black Stars coach, Avram Grant has disclosed that even though he supports all his players, he found the insulting video by goalkeeper, Razak Brimah  despicable.

Brimah during the just ended AFCON 2017 tournament in Gabon incurred the wrath of Ghanaians after he was seen on video attacking his critics in an expletive manner.

The video was made public after the Black Stars victory over DR Congo in the quarter-final of the tournament.

In the video which was recorded after the Black Stars’ defeat against the Pharaohs of Egypt, a bitter Brimah takes a dig at national team fans who have attacked him for his performances.

“….These f**king negative people, f**k you all,” Brimah is heard saying after initially praising a section of the Ghanaian fans he called “positive people.”

Speaking Wednesday on Personality Profile Show Starr Chat, Grant told host Bola Ray that “I support my players but I didn’t like it [Brimah’s video].”

He said he confronted and chastised him for his untoward behavior, saying to him “this is part of the job and you need to respect people—even if they think differently to you. This guy didn’t behave nice but you cannot control everybody.”

He denied media reports that the Ghana Football Association (GFA) asked him, Grant to sack Brimah from camp.

For him, Ghanaians need to treat the players like their children and “if they do mistakes, we need to punish them but we don’t need to hang them.”

He, however, stated that “if the mistake happens again then we need to think about [it].”

Grant has ended his time as Ghana coach after more than two years in charge of the Black Stars.