Ghana’s Black began their Africa Women’s Cup of Nations on a winning start, coming from behind to beat Kenya 3-1 in their first Group B game played at the Limbe Omnisport Stadium in Cameroon. 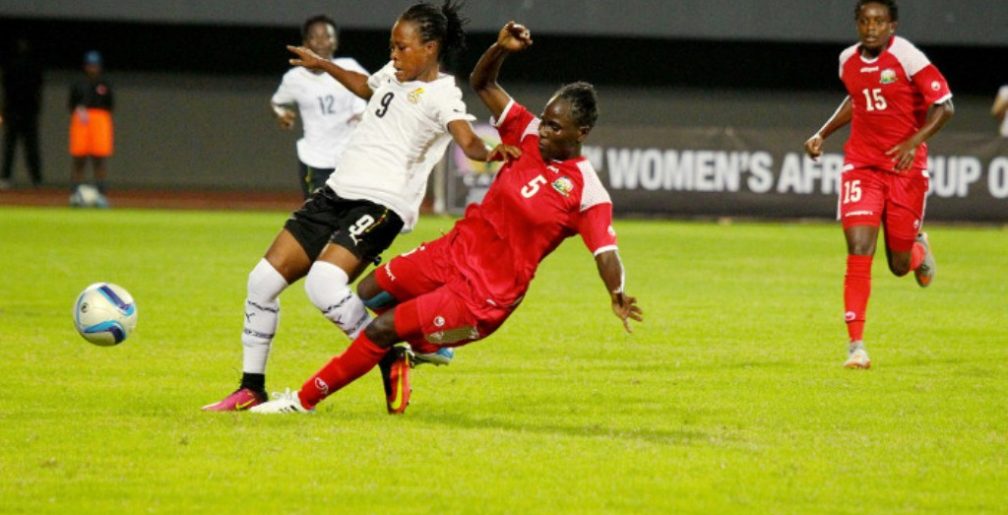 Ghana’s Black Queens began their Africa Women’s Cup of Nations on a winning start, coming from behind to beat Kenya 3-1 in their first Group B game played at the Limbe Omnisport Stadium in Cameroon.

Goals from Samira Suleman, Elizabeth Addo and Portia Boakye were enough to break an unyielding Kenyan side.
The Queens had an early goal disallowed and despite piling pressure on the Kenyans suddenly found themselves a goal down when they momentarily played with 10 players when defender Linda Eshun went out to receive treatment. 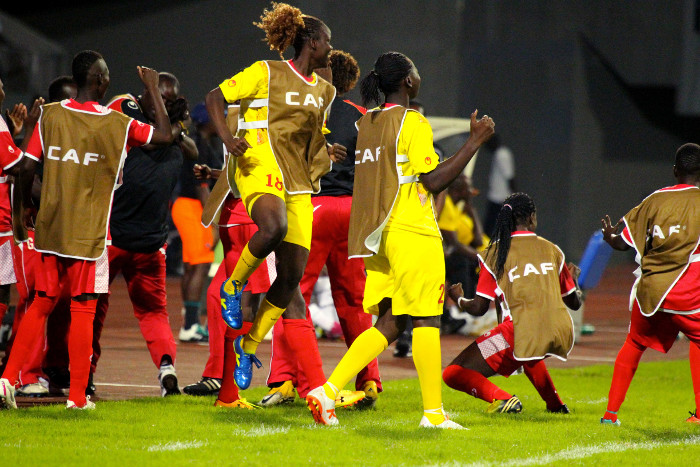 With the tight Ghana defense suddenly cracked, Esse Akida took advantage and slot the ball past Nana Ama Asantewaa in the Ghana post.
Pushed to the corner, the fought hard to recover but had to wait till after the recess when Suleman ghosted and headed in from a free kick. 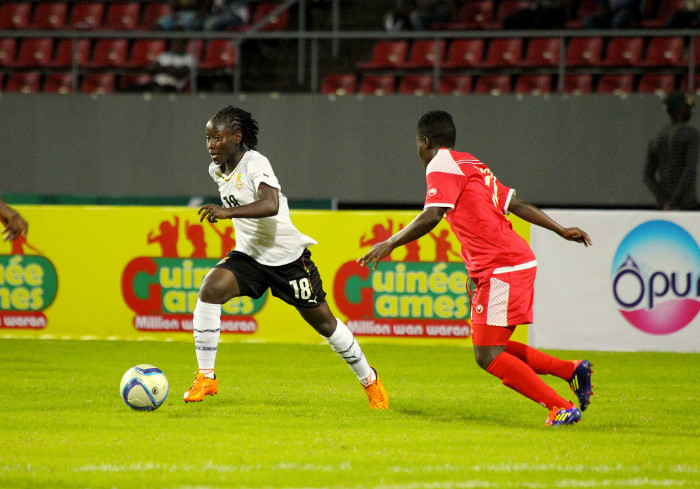 Suleman scored a second goal but it was disallowed.
Captain for the day, Elizabeth Addo then gave Ghana a 2-1 lead through a penalty, converting a spotkick awarded after a Kenyan defender was considered to have handled the ball in the box. 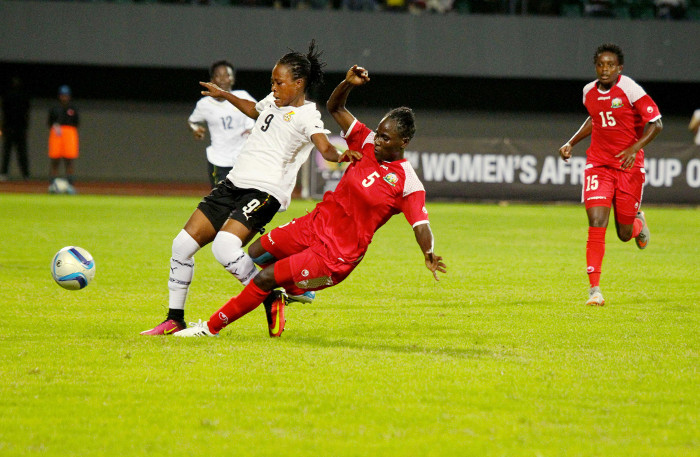 The Kenyans were no pushovers and often times put Ghana on the knife’s edge, but the Queens survived and made their experience count by scoring a third goal, brilliant by all standard when Portia Boakye’s 15-yard freekick bounced and rolled into the net to firm up the win which earned all three points. 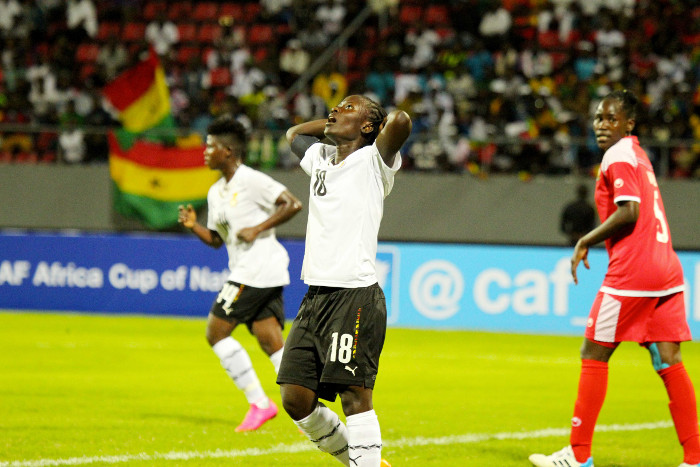 The Queens’ next game will be on Wednesday against rivals, Nigeria who also started their title defense with an emphatic 6-0 win against Mali. 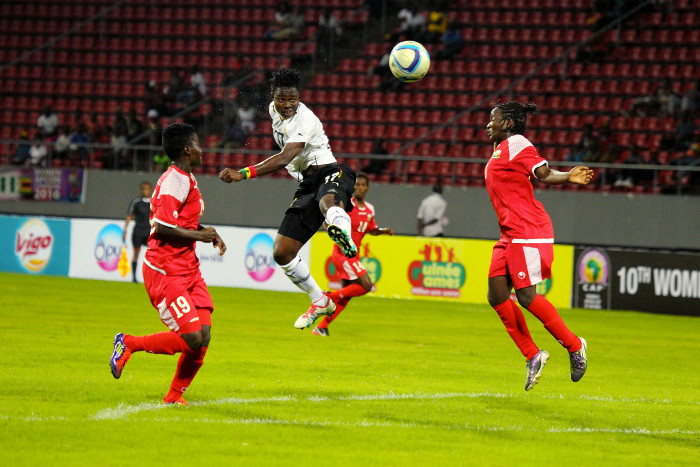 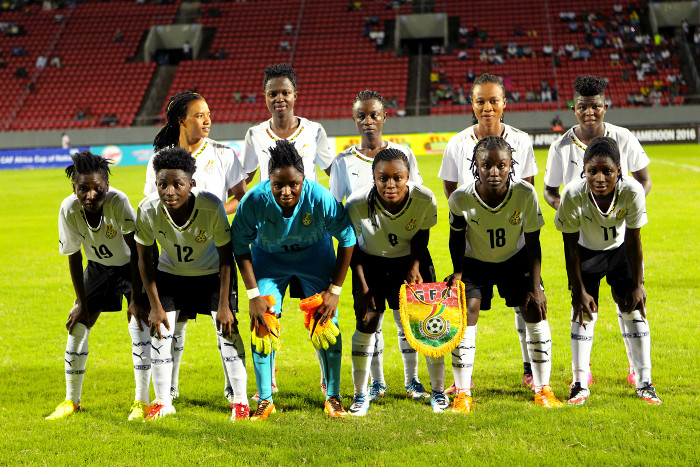